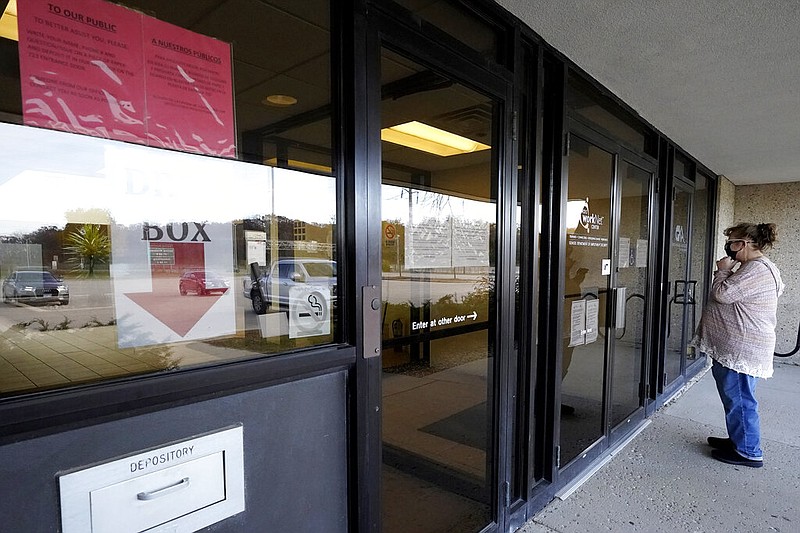 More than 7 million out-of-work people across the U.S. are set to lose all of their jobless benefits this week as three federal programs expire today, in what several experts described as one of the largest and most abrupt ends to government aid in U.S. history.

In addition to the people who will lose all their benefits, nearly 3 million more people will lose a $300 weekly boost to their state unemployment benefits.

The cessation of this jobless aid, first put in place by Congress nearly 18 months ago, could upend the lives of millions of Americans still struggling to find work at a time when the pandemic's delta variant is wreaking havoc across a number of states. It could also lead to a sharp pullback in spending, particularly in certain areas of the country, affect a wide range of restaurants and other businesses that rely on consumer dollars.

"I don't understand how anyone in Washington cannot know normal people, their friends, families, cousins who are going through this," said Kathleen Fox, a producer in New York whose past work has been recognized with a prestigious Peabody Award but who has struggled to find work after the pandemic upended her industry. "The [Biden] administration has lost interest in this cause, and they've moved on to other things."

The White House has wrestled with how to deal with these expiring benefits, an internal debate that exposes the fraught political and economic consequences of inaction. President Joe Biden said in June that it "makes sense" for one of the programs, which boosted unemployment checks by $300 each week, to lapse in September, but senior aides have also called on states to reallocate other money in a way that would continue offering some support. No states appear inclined to take action, though, leading to this week's cutoff.

Now there is heightened anxiety, even within the White House, that pulling so many people off government support so abruptly could push millions of people into poverty and cut off access to food or nutrition for people caught on the wrong side of an uneven economy. The jobless rate has fallen, and the stock market is near record levels, but many Americans have found themselves unable to recover from the pandemic's devastating blow.

"I'm predicting a silent type of pain," said Andrew Stettner, a senior fellow at the Century Foundation think tank and an expert on unemployment insurance, who has estimated that some 7.5 million people will be cut off from aid on the programs' expiration date.

The programs initially boosted jobless benefits by $600 a week before Congress lowered the amount to $300 a week. They also expanded the pool of workers eligible for government aid and increased the number of weeks workers could draw on unemployment insurance. But this assistance has also emerged as a divisive flash point in a political debate over whether government assistance discourages people from returning to work.

Republicans and numerous business groups have argued the extra benefits were contributing to a labor shortage and slowing the economic recovery, saying it had become too lucrative for people to stay home rather than get a job. They have called for investigations of fraud in the programs, claiming hundreds of billions of dollars in unemployment aid may have been stolen.

Many Americans who are frightened about the sudden lack of income feel they have been unfairly swept up in a bitter political debate.

"It just feels like being discarded," said Fox, who was set to see her new projects premiere at major festivals in 2020 before the coronavirus devastated those plans. Now, she applies for around three jobs per day, including ones where she would make far less money than in her last full-time position at an advertising agency, all to no avail.

"The stress of everything has just caused me a lot of emotional distress that I didn't have before," she said.

Over the summer, 26 states announced they would end these benefits early, providing a glimpse of what millions of other Americans will now face. Since then, economists have studied data on job gains and spending to see how local economies have reacted to the withdrawal of benefits amid a pandemic, and to determine whether the extra aid was holding back job growth.

Their conclusions are ominous: one study found that for every eight workers who lost benefits, just one managed to find a new job, and found a dramatic reduction in spending, suggesting the people who lost benefits were left in a precarious financial situation.

The cutoff marks the end of a colossal spigot of stimulus funds. About $680 billion in emergency unemployment benefits have been distributed since March 2020, making it one of the biggest coronavirus-era assistance programs, just behind the Paycheck Protection Program at $835 billion, according to the nonpartisan Committee for a Responsible Federal Budget.

The emergency jobless aid was first approved in the spring of 2020, when the economy appeared to be in free fall and close to 1 million Americans were losing their jobs each day. It was designed to be temporary because of its cost and because lawmakers assumed the pandemic wouldn't last long.

Recent research by academic scholars found that in states that cut benefits early, every dollar lost in benefits was offset by about 7 cents in increased earnings. That means the Labor Day weekend cuts could cause "something like $8 billion in reduced spending during September and October," said Arindrajit Dube, an economist at the University of Massachusetts at Amherst and one of the researchers who analyzed the effect of the early benefits cutoffs.

Michael Strain, director of economic policy studies at the American Enterprise Institute, cautioned that more months of data are needed to make firm conclusions about the effect of the programs on the labor market. He said he would have preferred for the jobless aid to phase out over several months rather than come to an abrupt end, but that overall it is time for the unemployment benefits to "normalize."

It is still unclear whether businesses struggling with labor shortages will find it easier to hire workers in the coming weeks, even as the benefits end. Argosy Cruises, a company offering boat tours in the Seattle area, had a pre-pandemic head count of about 250 people, before it was forced to lay off 85% of its staff in August 2020, said chief operating officer Molly Schlobohm. The company gradually relaunched in April, and hiring has been "incredibly challenging," she said, despite wage increases and signing bonuses.

But even as the cut in benefits looms over the state's jobless, Argosy has seen no recent change in application numbers, Schlobohm said.

"I don't really think that the extended unemployment benefits are the sole reason for the labor shortage," she said. "I'm seeing and hearing from candidates and employees that affordable, quality child care is more of an issue," she said, along with affordable housing in the Seattle area.

Lisa Lunsford, co-founder of an automotive manufacturing firm in Livonia, Mich., said her company has about 20 immediate job openings and has received a steady stream of applications for those jobs since July, with no noticeable uptick in recent weeks as the benefits cliff approached.

"I don't think it's just that simple. There are so many things that are going on," Lunsford said. Some people are still afraid to come into the workplace, for instance, and the company has tried to be flexible in creating work arrangements that meet their needs, she said.

Workers still depending on the benefits described numerous obstacles to finding work, including industries that had not fully staffed back up to pre-pandemic levels and fear of contracting the delta variant.

Lauren Bailey of Silver Spring, Md., was earning money as an Uber driver when the pandemic hit. She has underlying health problems, so she stopped driving in March 2020 and applied for unemployment benefits, and was able to cover her costs as long as they were in place. When the federal benefits expire, she will be ineligible for state aid because gig workers do not traditionally qualify.

Bailey, 51, has a bachelor's degree from Smith College and a master's degree from Howard University. She is a Black woman -- a demographic with an unemployment rate of 8.6% in August, significantly higher than the comparable national rate of 5.1%. She has been applying for positions in social media management, in marketing or as a virtual assistant, and has had interviews every month, though they have yet to result in a job. She is fully vaccinated, but fears a breakthrough infection and would prefer to work from home.

"I'm not afraid of death," Bailey said. "I'm more afraid of long covid," she added, referring to the prospect of weeks or even months of lingering illness after being infected by the virus.