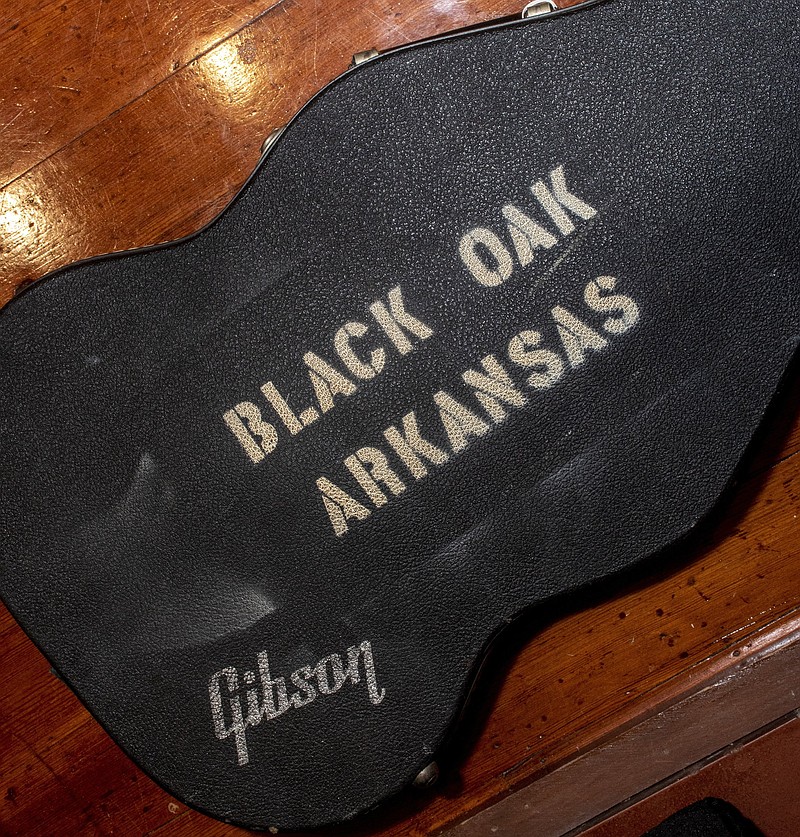 Rickie Lee Reynolds, 72, of Memphis had been hospitalized for a while with covid-19, according to a Facebook post from his daughter, Amber Lee.

Reynolds had a heart attack Friday morning, according to a post that day.

On Sunday, he had another one.

"Unfortunately, this morning he suffered another cardiac arrest, which they were unable to resuscitate him from," Lee wrote on Facebook. "We are all heartbroken by this massive loss, and the whole world feels colder and more empty without his presence among us."

Born in Manila (Craighead County), Reynolds grew up in California. His stepfather, a carpenter, had moved the family west for work. They moved back to Arkansas when Rickie Lee was in the 10th grade.

Reynolds met James "Jim Dandy" Mangrum while they were in school in Monette, five miles north of Black Oak, which didn't have a school by that time.

While Mangrum was from Black Oak and the band formed in Black Oak, Reynolds was from the Monette area, and other original members of the band were from as far as Memphis.

Black Oak is 17 miles east of Jonesboro in Craighead County.

By naming their band Black Oak Arkansas, they put the small town on the map. In fact, Black Oak was circled on a map of Arkansas on the the cover of the band's eponymous 1971 album.

Black Oak Arkansas charted 10 albums in the 1970s and had a Top 40 hit with a "fiery version" of LaVern Baker's song "Jim Dandy," according to the Encyclopedia of Arkansas.

"The band toured extensively from 1972 to 1977 and became known for its high-energy shows and Mangrum's overt sexuality," according to the article. "In those years, the band was one of the highest grossing live acts in the United States."

Reynolds said some people in the town of Black Oak weren't thrilled with the attention. For one thing, Black Oak city-limit signs kept disappearing.

"They didn't turn their back on us," he said. "They just didn't wrap their arms around us and hug us."

But that didn't stop the band from embracing the town.

"We didn't name the band after just the people in the town," said Reynolds. "We named the band after the town. No matter who you are or what you do, there's a certain point in life when you are at the pivot point from what you were to what you are."

At one point in the 1970s, a mayor gave Black Oak Arkansas a Styrofoam key to the city.

Things are a little different now.

Current Mayor Eddie Dunigan is working to get Black Oak a museum, and the band's memorabilia will the prominently displayed there.

"We met in high school and remained friends from then on," said Dunigan. "He was a very intelligent person as well as multitalented. He was a gifted artist, author, musician. He excelled in all. Rick had the type of personality that he won you over instantly. He was very witty and could chase away a bad mood simply by his presence.

"One of the things that always endeared me to him was he never let success go to his head. Even when the band was at its zenith he was still Rick. The world is a better place for him having been here. I will always cherish the memories we made through the years."

In 2018, Reynolds talked about his Black Oak ties.

"We have kinfok and friends and stuff who have been there for half a century," he said. "We always have affection for that kind of thing. Arkansas is still in our heart."

"They call you up and want to know how your dog is doing," he said.

Reynolds said the band gave almost $2 million to Arkansas charities in the 1970s. He said they would often give money anonymously to various charities, including Memphis hospitals.

"The money we gave away to other folks," he said, "that right there is what makes me the proudest."