Pujols goes deep in his latest return to St. Louis 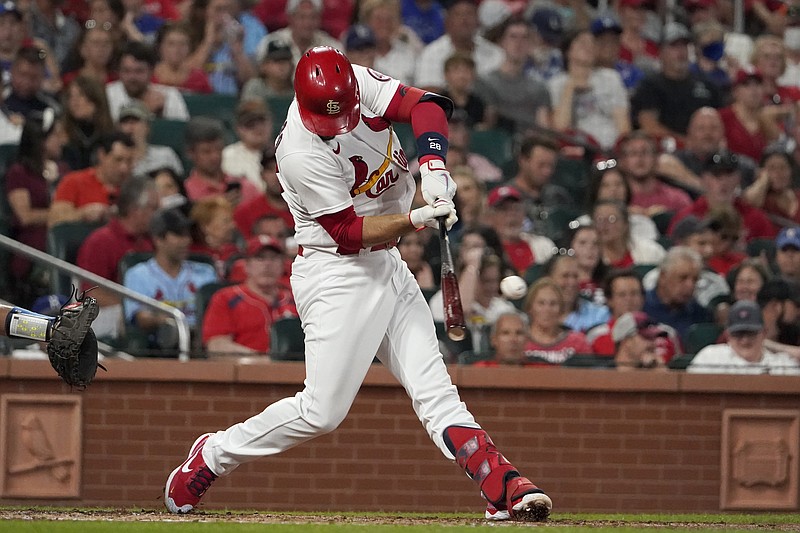 ST. LOUIS -- Albert Pujols rewarded an adoring crowd by hitting a home run in his return to Busch Stadium, sending the Los Angeles Dodgers toward a 7-2 win over the St. Louis Cardinals on Tuesday night.

Justin Turner homered twice and Will Smith also homered for the playoff-contending Dodgers, who won for the sixth time in eight games. St. Louis has lost four in a row.

A star slugger who led the Cardinals to a pair of World Series championships, the 41-year-old Pujols made his second appearance at Busch Stadium after playing for St. Louis from 2001-11.

Pujols drew a 40-second standing ovation when his name was announced prior to a first-inning at-bat, with catcher and longtime teammate Yadier Molina stepping in front of the plate to prolong the cheer. They had a short embrace before Pujols stepped in.

Pujols promptly drilled the fourth pitch from J.A. Happ on a line over the wall in left. It was his 679th career home run and 17th of the season.

"It's one of those things that you hope could happen," Los Angeles Manager Dave Roberts said. "But the likelihood is very improbable. Getting a standing ovation and then homering in that first at-bat. Storybook. I'm a firm believer that the game honors you. The way Albert's played the game for so long, the right way, that's the way it was supposed to go."

Pujols tried to downplay the moment.

"When it happens, you just let it happen," he said. "It's part of the game. Embrace the moment. But try not to get caught up too much."

The 10-time All-Star drew a similar fan reaction when he returned to St. Louis with the Los Angels Angels for the first time in 2019 He was given a standing ovation in all 12 plate appearances that series including, a one-minute tribute in his first trip to the plate. He also homered in the first game of that series.

ASTROS 5, MARINERS 4 (10) Carlos Correa drove in the winning run in the 10th inning after Alex Bregman tied the game in the ninth inning, and Houston rallied past Seattle. Bregman's two-run home run tied the game at 4-4 in the ninth.

PIRATES 3, TIGERS 2 Ben Gamel had a go-ahead two-run single in the sixth inning among his three hits as Pittsburgh beat Detroit. 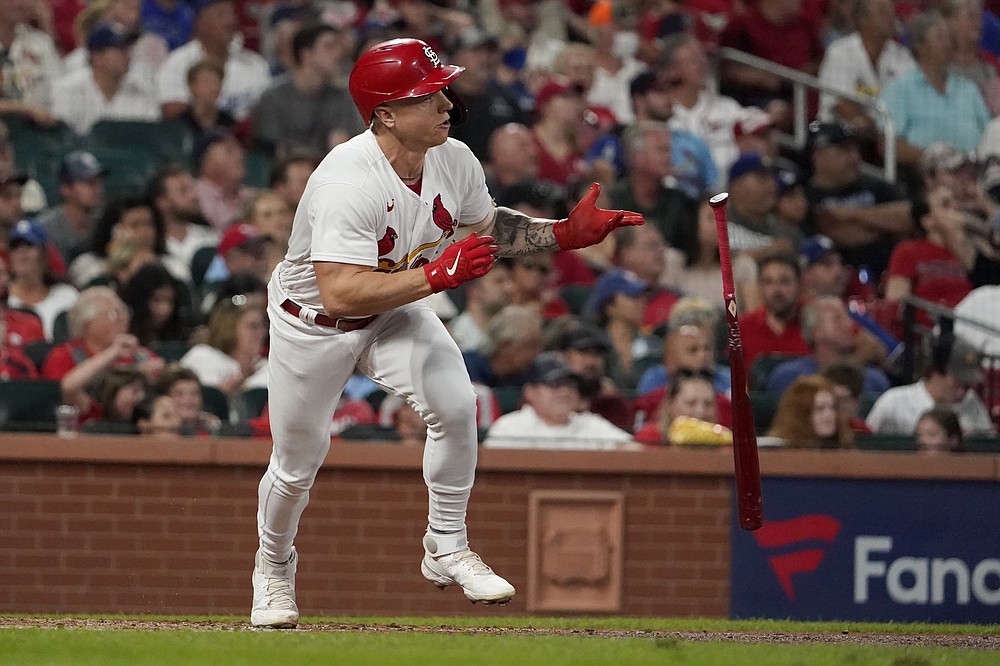 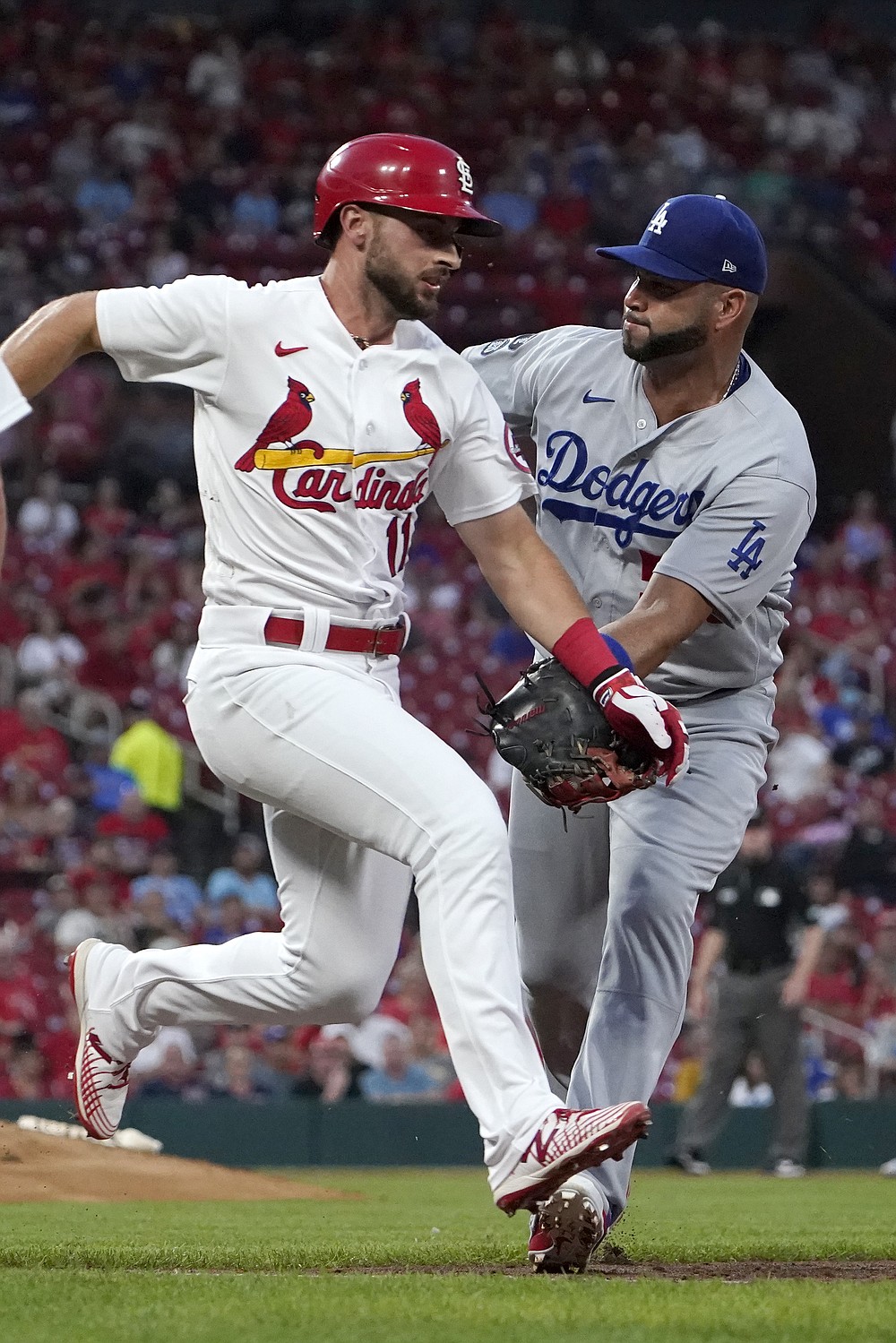 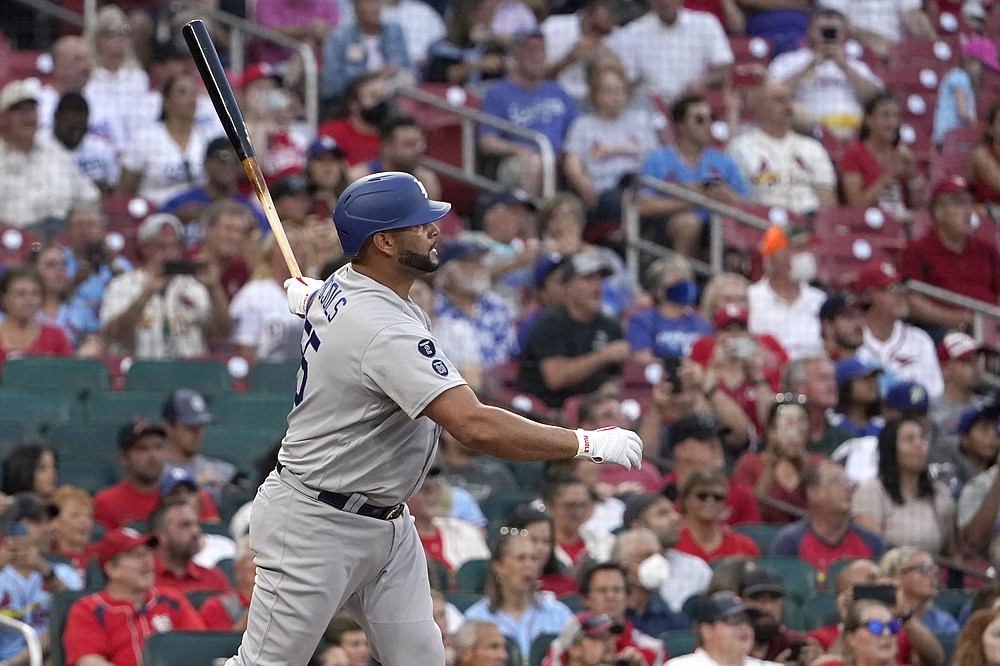 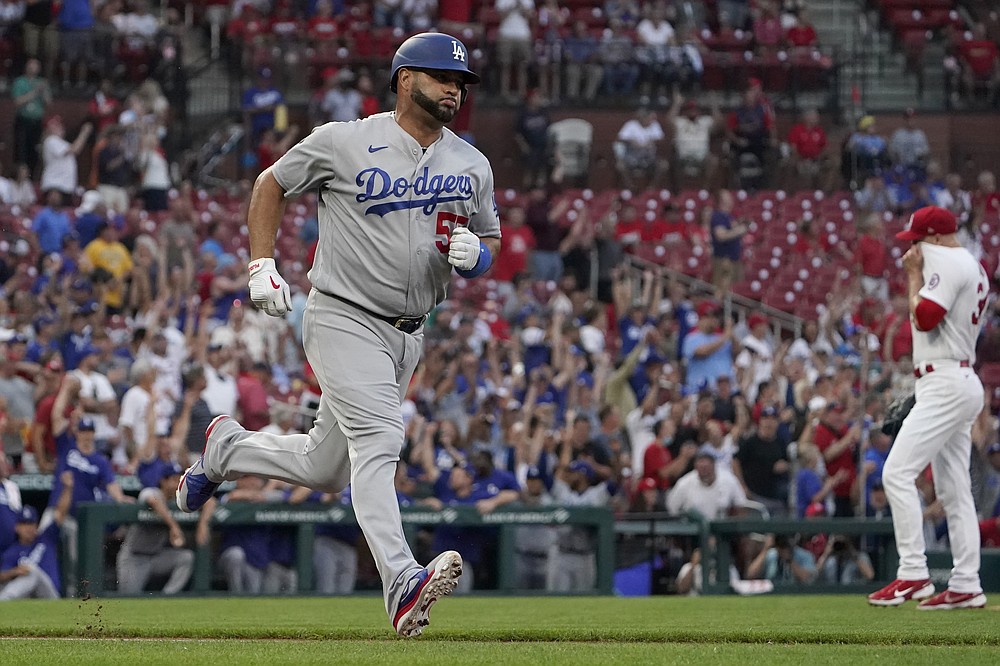 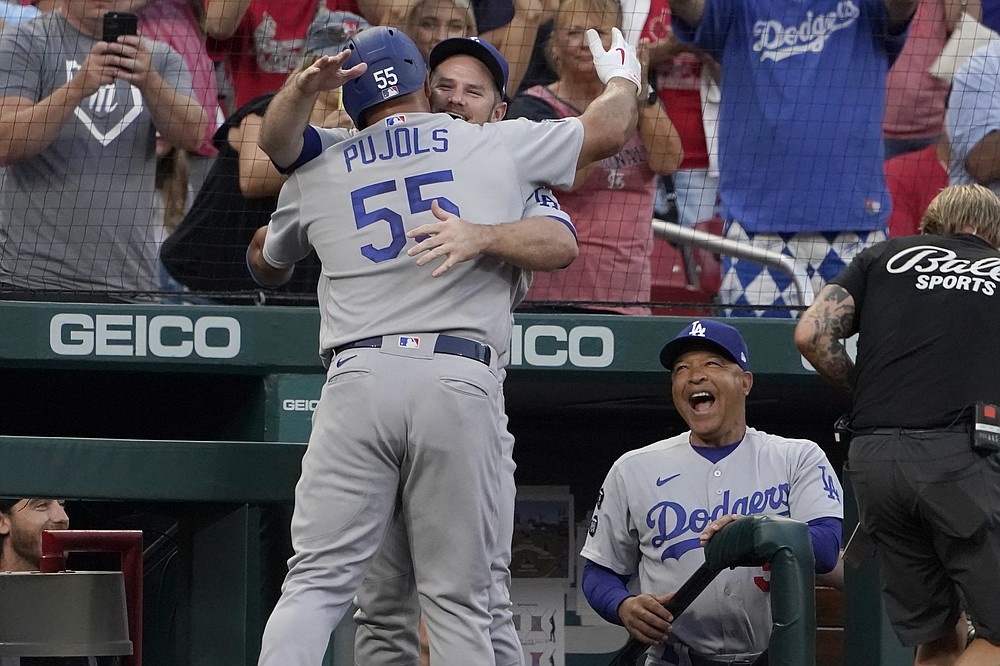 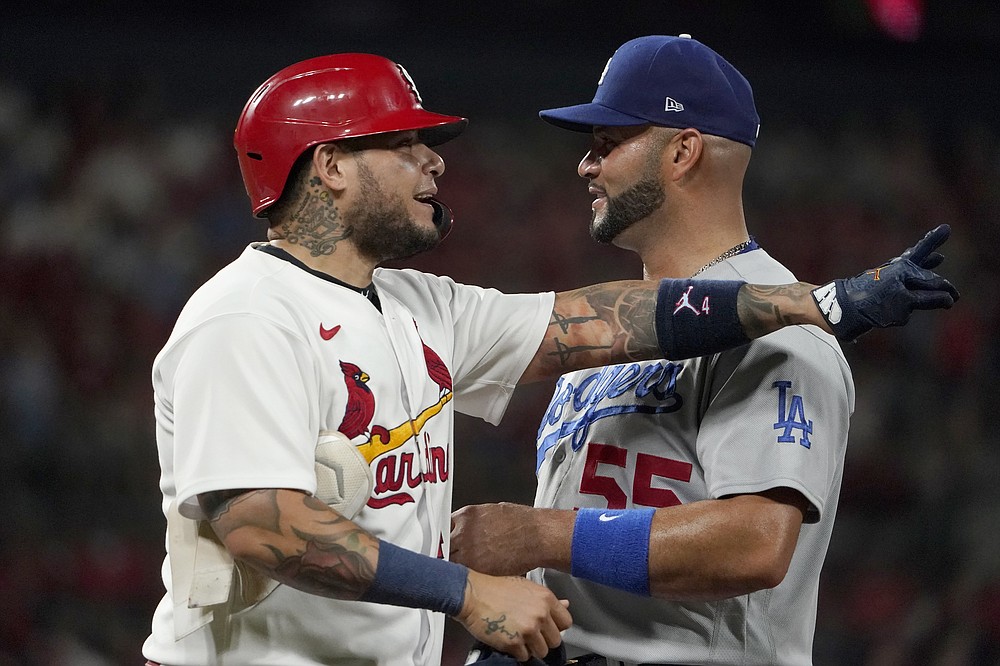 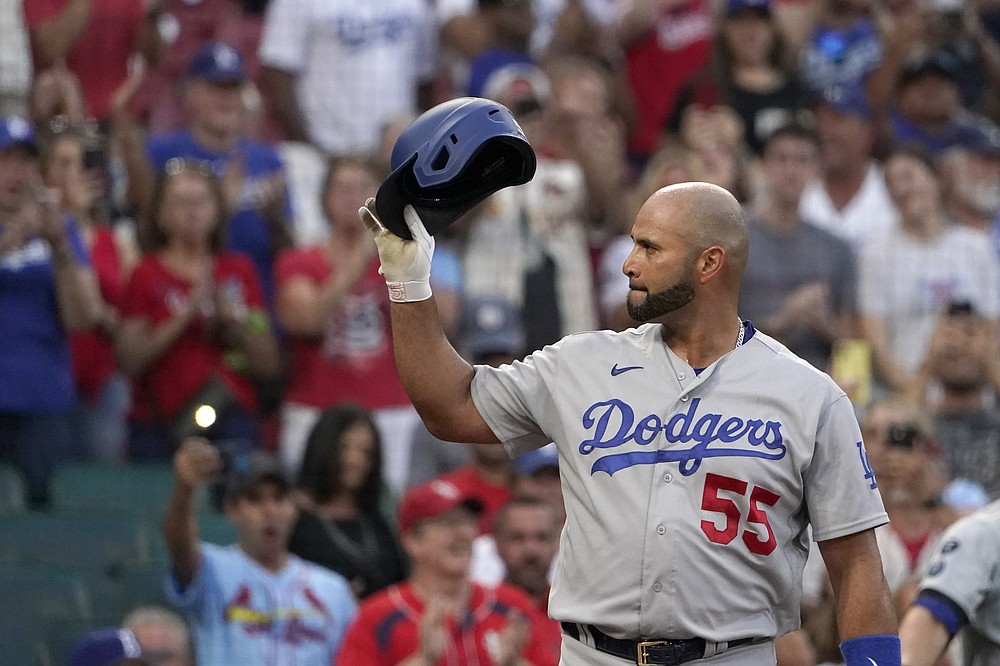 Los Angeles Dodgers' Albert Pujols tips his tap to cheering fans as he steps up to bat during the first inning of a baseball game against the St. Louis Cardinals Tuesday, Sept. 7, 2021, in St. Louis. (AP Photo/Jeff Roberson)