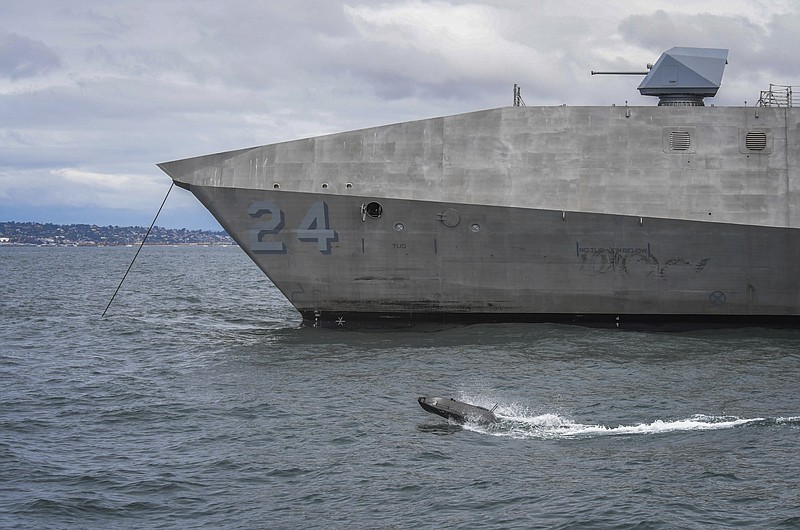 In this handout image from the U.S. Navy, an ADARO unmanned drone passes by the USS Oakland during a drill April 22, 2021, off Coronado, California. The U.S. Navy's Mideast-based 5th Fleet said Wednesday, Sept. 8, 2021, it will launch a new task force that incorporates airborne, sailing and underwater drones after years of maritime attacks linked to ongoing tensions with Iran. (U.S. Navy/Mass Communication Specialist 2nd Class Alex Perlman, via AP)

Navy officials declined to identify which systems they would introduce from their headquarters on the island nation of Bahrain in the Persian Gulf. However, they promised the coming months would see the drones stretch their capabilities across a region of chokepoints crucial to both global energy supplies and worldwide shipping.

"We want to put more systems out in the maritime domain above, on and below the sea," said Vice Adm. Brad Cooper, who leads the 5th Fleet. "We want more eyes on what's happening out there."

The 5th Fleet includes the crucial Strait of Hormuz, the narrow mouth of the Persian Gulf through which 20% of all oil passes. It also stretches as far as the Red Sea reaches near the Suez Canal, the waterway in Egypt linking the Mideast to the Mediterranean, and the Bab el-Mandeb Strait off Yemen.

The systems being used by the 5th Fleet's new Task Force 59 will include some of those involved in an April test led by the Navy's Pacific Fleet. Drones used in that exercise included ultra-endurance aerial surveillance drones, surface ships the Sea Hawk and the Sea Hunter and smaller underwater drones that resemble torpedoes.

The 5th Fleet includes shallow water areas, salty waters and temperatures in the summertime that can go above 113 degrees with high humidity.

It also represents a region that has seen a series of at-sea attacks in recent years. Off Yemen, bomb-laden drone boats and mines set adrift by Yemen's Houthi rebels have damaged vessels amid that country's yearslong war. Near the United Arab Emirates and the Strait of Hormuz, oil tankers have been seized by Iranian forces.

Suspicious explosions also have struck vessels in the region, ranging from tankers owned by Western firms, ships tied to Israel and Iranian vessels. Those attacks have become part of a wider shadow war playing out across the region in the wake of then-President Donald Trump's 2018 decision to unilaterally withdraw from Iran's nuclear deal with world powers. Iran even shot down an American drone amid the tensions.

While President Joe Biden has said he's willing to re-enter the deal, negotiations in Vienna have stalled as Iran now has a new hard-line president. That leaves open the possibility of further attacks by Iran -- as well as by Israel, which has been suspected in incidents targeting Iranian shipping and its nuclear program.

Iran's mission to the United Nations did not immediately respond to a request for comment on the new Navy task force. However, it operates its own drone fleet and has published video of flyovers of American aircraft carriers. 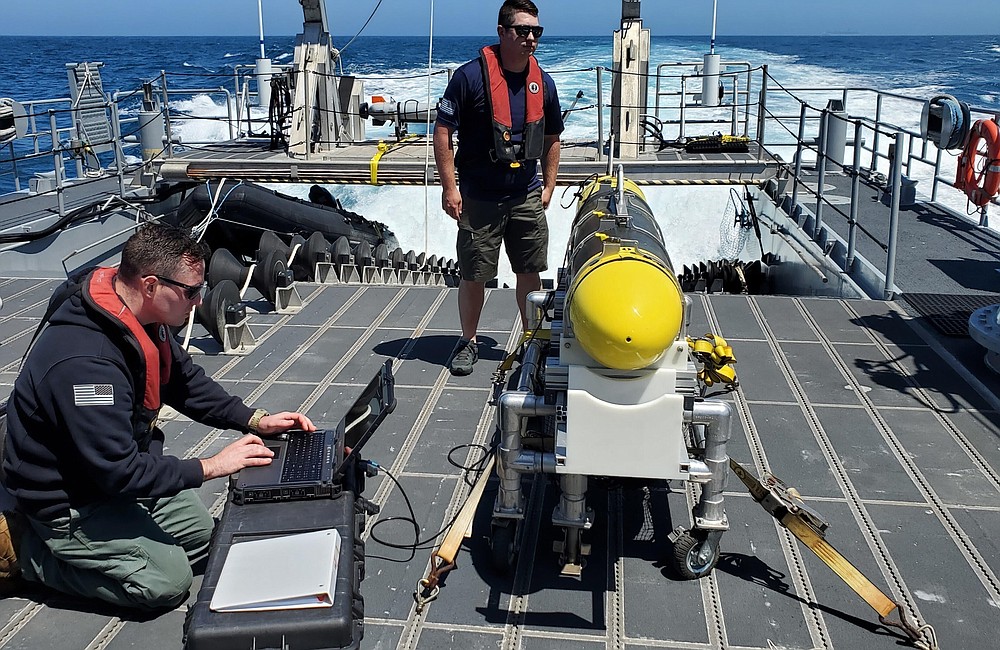 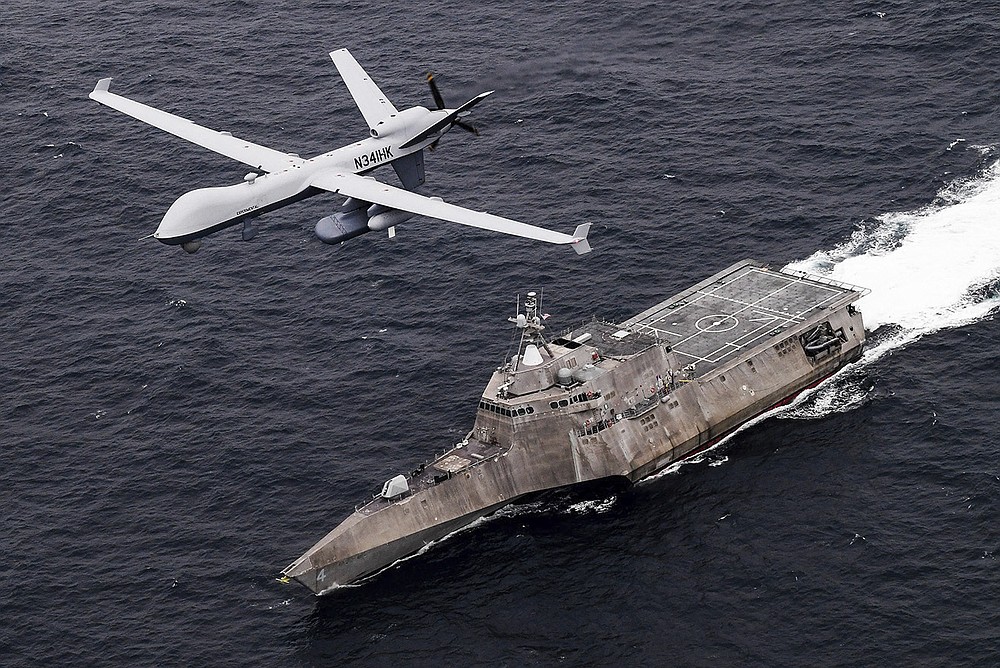 In this handout image from the U.S. Navy, an MQ-9 Sea Guardian unmanned maritime surveillance drone flies over the USS Coronado in the Pacific Ocean during a drill April 21, 2021. The U.S. Navy's Mideast-based 5th Fleet said Wednesday, Sept. 8, 2021, it will launch a new task force that incorporates airborne, sailing and underwater drones after years of maritime attacks linked to ongoing tensions with Iran. (U.S. Navy/Chief Mass Communication Specialist Shannon Renfroe, via AP)