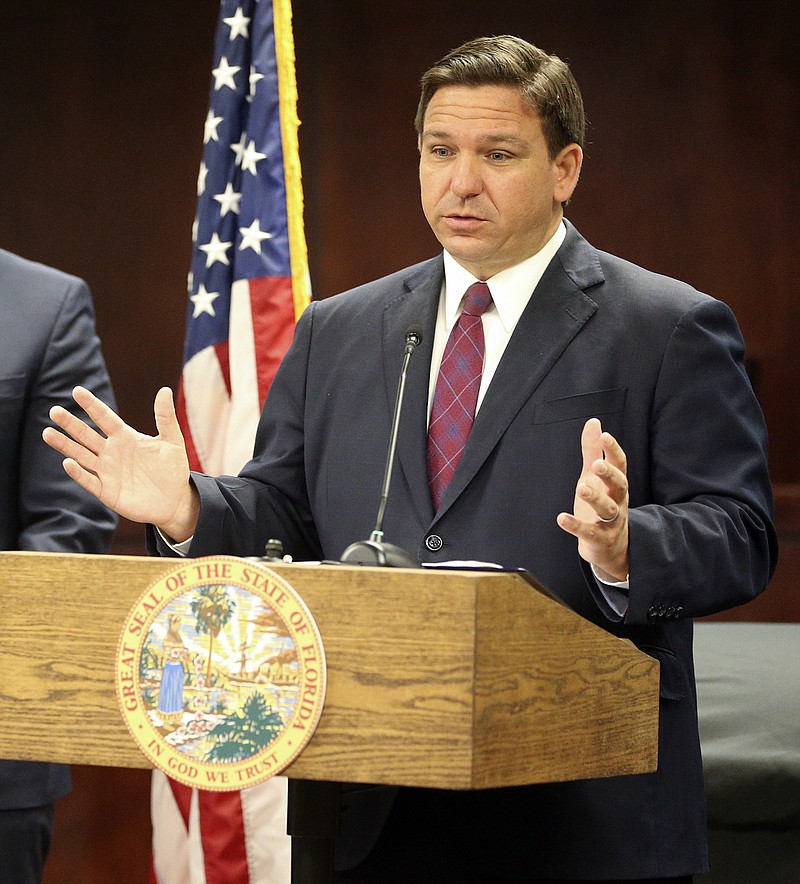 The 90-page decision by U.S. District Judge Mark Walker in Tallahassee found the recently-enacted law "vague and overbroad" and that it amounted to an assault on First Amendment rights of free speech and assembly as well as the Constitution's due process protections.

People engaged in peaceful protest or innocently in the same area when a demonstration turned violent could face criminal charges and stiff penalties under the law, the judge said.

A key issue is defining what the word "riot" means in the statute. Walker noted that past Florida laws sought to prevent demonstrations that could threaten segregationist Jim Crow-era practices.

"If this court does not enjoin the statute's enforcement, the lawless actions of a few rogue individuals could effectively criminalize the protected speech of hundreds, if not thousands, of law-abiding Floridians," Walker wrote.

"It unfortunately takes only a handful of bad actors to transform a peaceful protest into a violent public disturbance," the judge added.

DeSantis said during an appearance in New Port Richey that the state will take its case to the Atlanta-based 11th U.S. Circuit Court of Appeals. The governor called the ruling by Walker a "foreordained conclusion" and has said he frequently prevails when appealing Tallahassee judges' orders.

"I guarantee you we'll win that on appeal," DeSantis said.

The lawsuit was filed against DeSantis and other state officials by the NAACP Florida conference, Dream Defenders, Black Lives Matter Alliance Broward and other groups who argue the law appears specifically aimed to halt protests by Black people and other minorities.

The measure was passed earlier this year by the GOP-led Legislature and signed into law in April by the governor. It was a reaction to demonstrations around the country following last year's killing of George Floyd, a Black man, by Minneapolis police that stirred passions nationwide under the banner of the Black Lives Matter movement.

The plaintiff groups and the American Civil Liberties Union of Florida issued a joint statement praising the decision, saying the law "appears designed to target those who protest police violence."

"As states around the country threaten to pass similar legislation, today's decision serves as a powerful reminder that such unjust and unconstitutional efforts cannot stand," the statement said.

State Agriculture Commissioner Nikki Fried, a Democrat who is running for governor, called the law "dangerous and discriminatory" and said in a statement that Walker's ruling shows "the governor's continued attempts to strong-arm and silence opponents are unconstitutional."

The governor's lawyers have argued that the law continues to allow peaceful protest but is an effort to draw a sharp distinction between that and a violent riot. Walker found that argument unpersuasive.

"Because it is unclear whether a person must share an intent to do violence and because it is unclear what it means to participate, the statute can plausibly be read to criminalize continuing to protest after violence occurs, even if the protestors are not involved in, and do not support, the violence," Walker wrote. 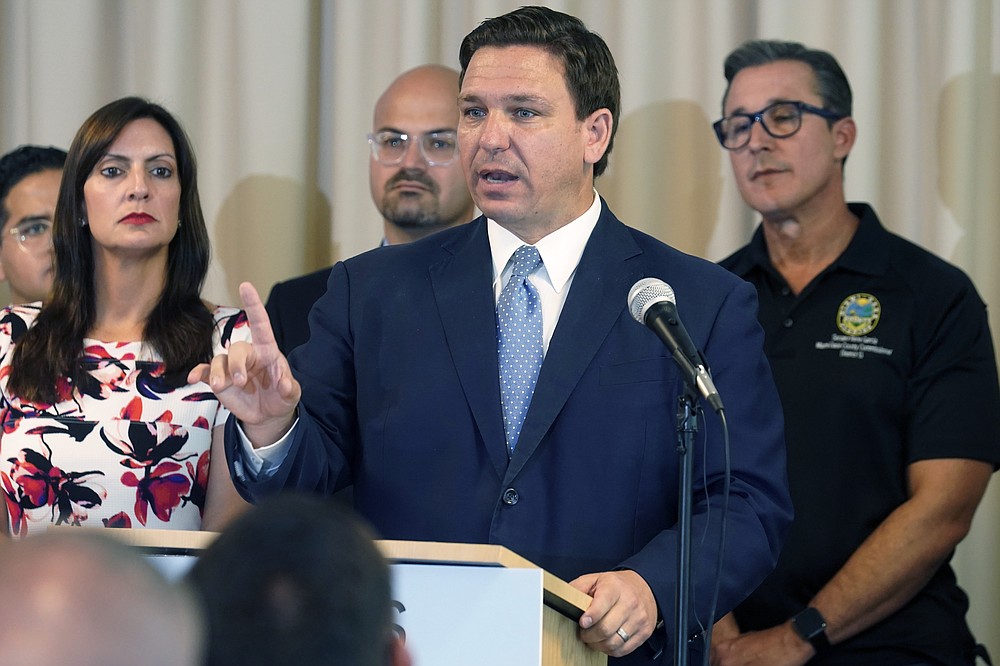