Mulerider freshman has his way 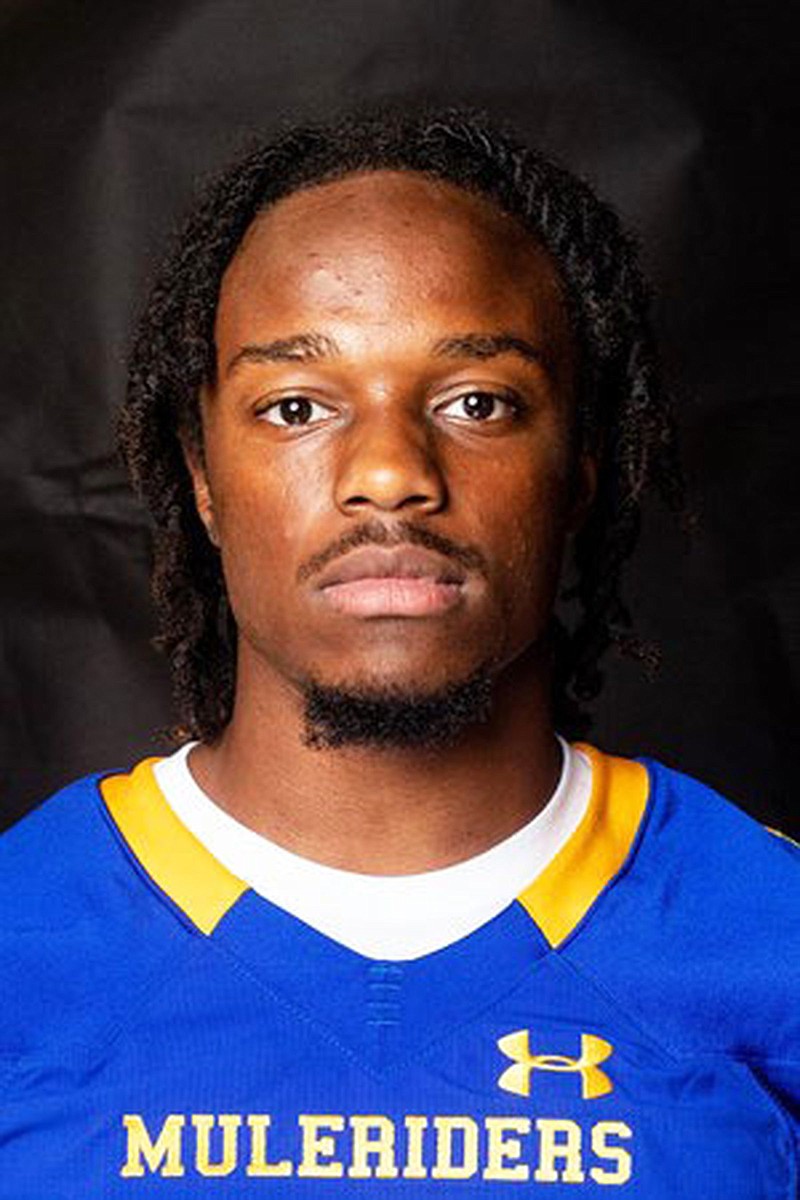 Southern Arkansas University running back Jariq Scales has been working hard -- attending class and practicing football in Magnolia since August of 2019.

Scales, a junior in the classroom but a freshman in terms of eligibility, rushed 32 times for 168 yards and 1 touchdown in the Muleriders' 32-13 victory over Northwestern Oklahoma State Sept. 2 in Alva.

Scales wasn't the only freshman running back to make a not-so-immediate impact in the Great American Conference.

There was also 2020 Ouachita Baptist signee Kendel Givens (17-74 rushing, 3 TDs) making his debut in OBU's 38-31 victory over Oklahoma Baptist, and 2019 Henderson State signee Kris Palmer, who rushed 18 times for 91 yards for the Reddies in their 31-13 victory at Southwestern Oklahoma State.

Givens, from Little Rock Christian, did much of his damage when taking direct snaps out of the Wildcat formation for OBU.

"I call him a covid freshman," OBU Coach Todd Knight said of Givens. "Two-hundred, 25 pounds. Just rolling up in there, getting it done."

McCarty had one complaint, one he made with a hearty laugh, about the impact of Scales' performance.

McCarty said Scales will be heard from again.

McCarty described Scales as much more than a diamond in the rough.

"Goodness gracious, we got a gem," McCarty said. "Does he have the world's greatest top speed? No. But he's pretty good now."

Week 2 is another Arkansas vs. Oklahoma week, but this time four Arkansas schools -- Harding, Ouachita Baptist, Arkansas-Monticello and Arkansas Tech -- travel to Oklahoma after hosting games the first week.

GAC Offensive Player of the Week Demilon Brown and the University of Arkansas-Monticello Boll Weevils travel to Shawnee, Okla., to face 2019 All-GAC quarterback Preston Haire and Oklahoma Baptist in what may be the most interesting matchup of the week.

Brown, the 2019 GAC Freshman of the Year from Rivercrest, passed for 334 and 3 TDs and rushed for 37 yards and 1 TD in UAM's opening 30-23 victory over Southern Nazarene.

Haire, a redshirt senior, passed for 345 yards and 3 TDs against Ouachita Baptist in Oklahoma Baptist's 38-31 loss in Arkadelphia.

UAM Coach Hud Jackson said he knows there is one way to keep Haire, who passed for more than 3,000 yards in 2019, under control.

"We knew that coming into the season that if you give him time to throw, he can make things really really bad for you," Jackson said of Haire. "We know we have our hands full coming into this week."

UAM is coming off an uneven performance against Southern Nazarene.

The Boll Weevils led 30-7 at halftime and were still up 30-9 late in the third quarter before letting Southern Nazarene get back within seven points. UAM's needed a fourth-down stop in the final minute to secure the victory.

"It's a coaches' worst nightmare," Jackson said of UAM's 30-7 lead. "Can we maintain it, or do we get comfortable? We got comfortable, unfortunately.

"You got to finish. That's going to be the key for us. We're not going to be such a dominant team where we can go out there and play at 50 percent and have a chance to win. We've got to get that fixed."

Jackson said Brown played well in the second half, though it didn't show on the scoreboard.

"He didn't do bad in the second half," Jackson said. "We had too many dropped balls. We had a chance to put the game away several times."

On the road again

Harding Coach Paul Simmons said one of the things he missed most about the abandoned 2020 football season was the road trips.

Simmons said he and the Bisons love to get on the bus, stay in the hotel and eat in restaurants as a team.

Simmons said he has at least one errand to run before the Bisons board the buses for Durant Okla.

"I'm going to go to Wal-Mart and get a bunch of good snacks and Mountain Dew," Simmons said after last Saturday's home victory.

Harding has won 18 of its past 19 GAC road games under Simmons.

Three-time defending Great American Conference champion Ouachita Baptist won its 28th consecutive conference game Sept. 2 in Arkadelphia, but the Tigers were tested on both sides of the ball by Oklahoma Baptist.

OBU scored the game's first 14 points, but needed to score the final 14 points to turn back the Bison and its All-GAC quarterback Preston Haire.

Ouachita Coach Todd Knight said he was under no illusion that the game was in the bag when freshman Xaylon Falls returned the opening kickoff 93 yards for a touchdown, but he said making big plays on special teams is almost always a positive omen.

"It's a proven statistic," Knight said. "Eighty-eight percent of the time, when you have a game-changing play on special teams you win. Not that we were resting on that, because it was a battle."

Falls, from Camden Harmony Grove, was named the GAC Special Teams Player of the Week for his efforts, but it was sophomore cornerback Andrew Hayes from Bryant who clinched the victory for the Tigers with an interception of a Haire pass with 34 seconds to play at the OBU 9.

Hayes said the Tigers' mettle was tested when a 14-0 lead turned into a 31-24 deficit early in the fourth quarter.

"It wasn't a wake-up call, because we came in knowing it was going to be serious," Hayes said of the comeback by Oklahoma Baptist. "If anything, it was just a jab to our face, woke us up. It was like, 'OK, we're obviously not putting on as much pressure as we want to. We've got to keep trying harder and go harder and harder."

"We put on more steam whenever things get tough, and we finished it well."

Arkansas Tech was the only Arkansas team to lose in a week of six Arkansas-Oklahoma matchups, and things started going poorly for the Wonder Boys before they took the field last Thursday in their 38-20 loss to Southeastern Oklahoma in Russellville.

Coach Kyle Shipp said the Wonder Boys played without two senior starters in the secondary after they tested positive for covid-19 less than 48 hours before the game kicked off.

"That was a big blow," Shipp said. "if a kid has an injury it's one thing, but having covid, that part was frustrating."

On the field, University of Arkansas transfer quarterback Jack Lindsey (14-33 passing, 136, 2 TDs, 2 INTs) made his debut for the Wonder Boys.

"He played OK," Shipp said. "He didn't play up to what his standard is. He tried to do too much. He forced some stuff. He made some really big plays, too. He made some plays with his legs, and showed he's a little more athletic than people think. He'll do better. He knows he can do better."

8 Sacks by the Southern Arkansas defense against Northwestern Oklahoma

47.0 Net average on 5 kicks for Ouachita Baptist punter Joe Couch of Torquay, Australia. Couch has taken over for fellow Australian Jake Ford, who handled punting duties from 2018-2019 for the Tigers.

Harding sixth-year senior linebacker Shedrick Robinson, when asked about his demeanor around the younger Bisons 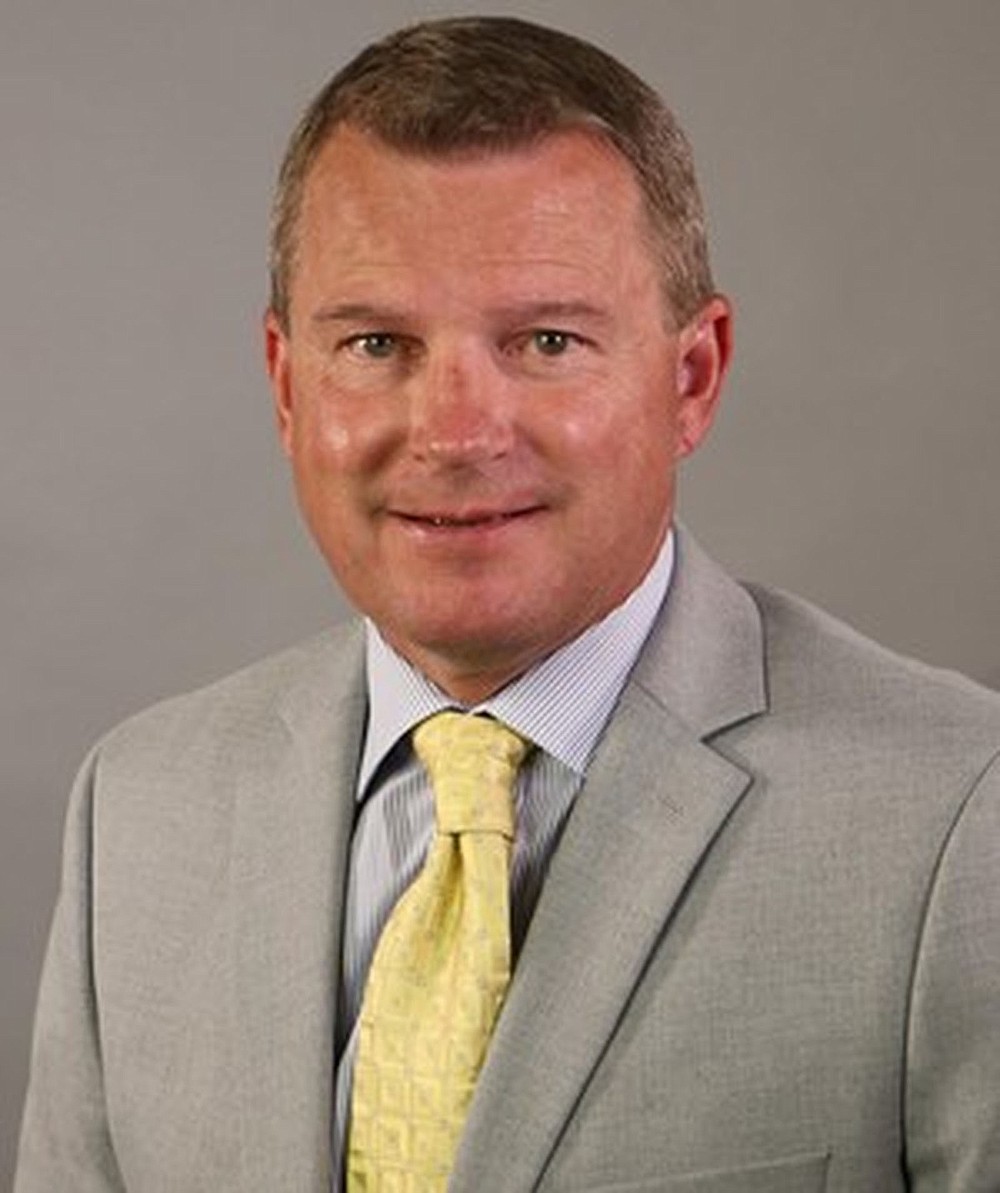 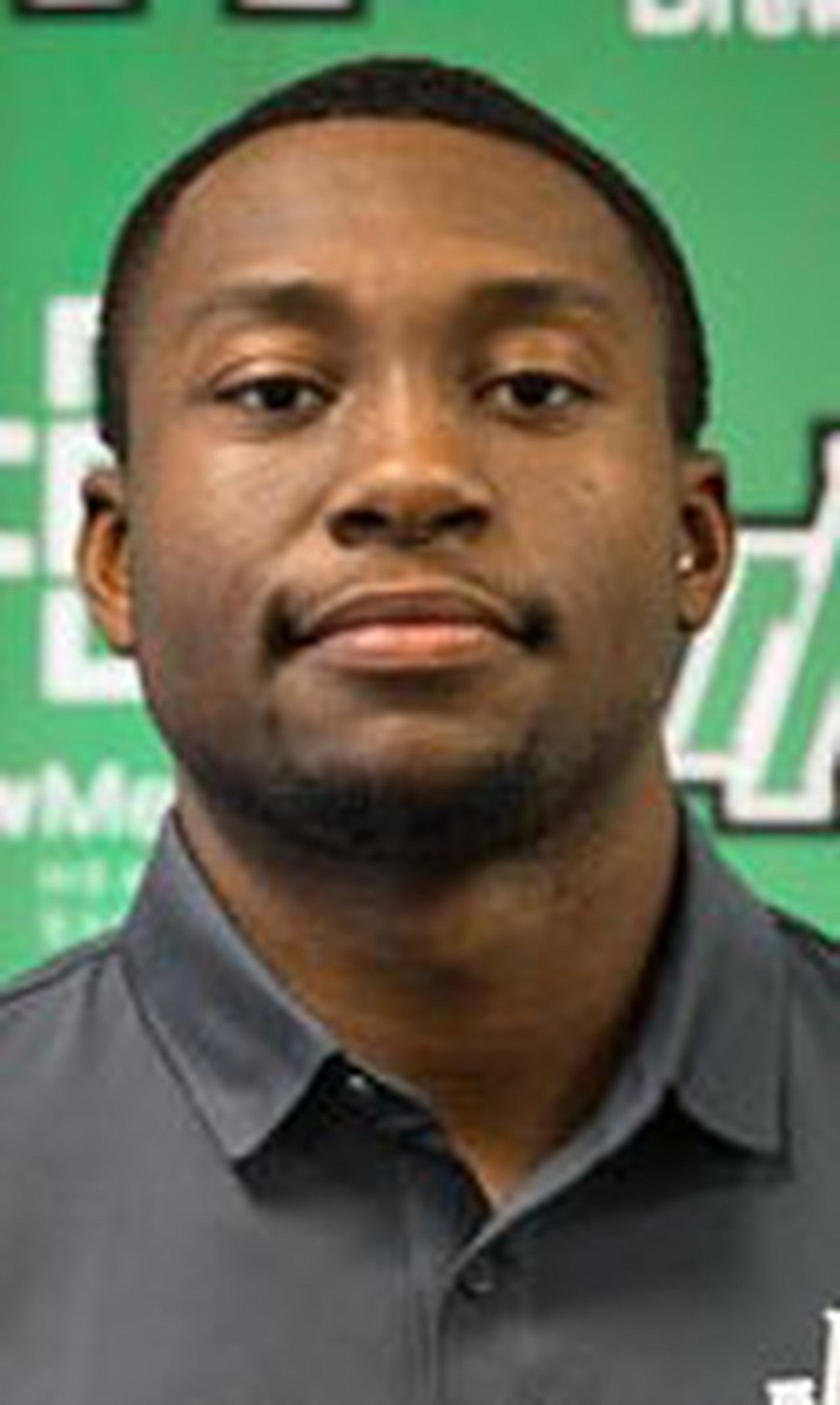 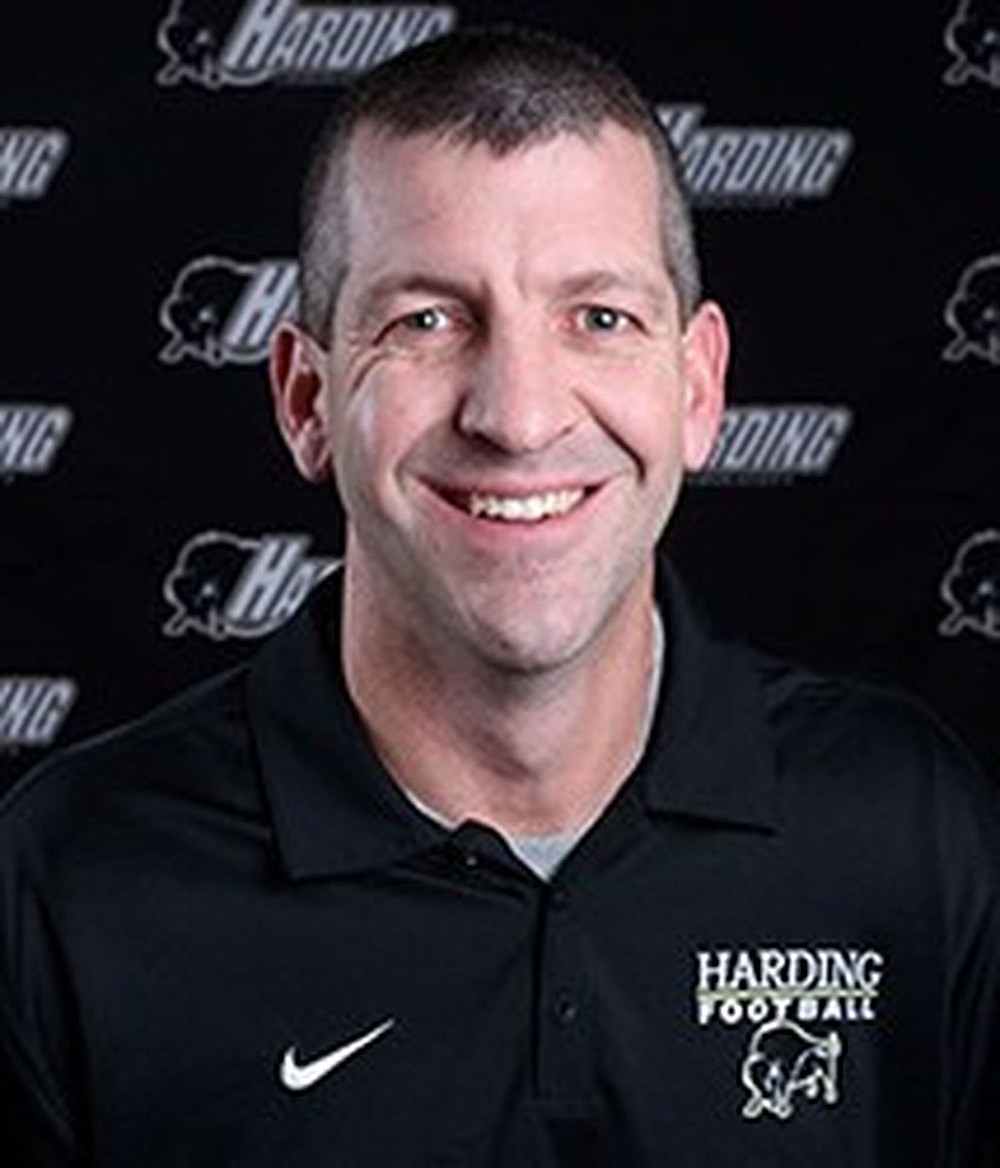