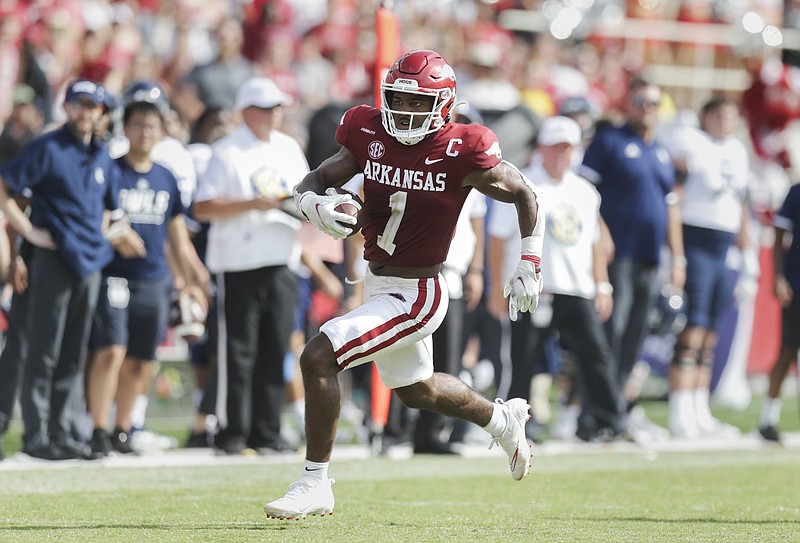 FAYETTEVILLE -- No. 15 Texas won't be joining the SEC for a few more years, but the way Arkansas Coach Sam Pittman sizes it up, the Longhorns have an "SEC look" already as they prepare for Saturday's 6 p.m. showdown at Reynolds Razorback Stadium.

"I think they're built for speed," Pittman said. "They have a very fast team. So does the SEC.

"SEC teams seem to go a little bit bigger, even though Texas, when they roll in here, they're going to look like a major college football team, just like any team you play in the SEC. ... So I think Texas matches up size-wise and certainly talent-wise to the schools in our league."

Texas Coach Steve Sarkisian just left a two-year stint at Alabama in the SEC and will be back in the league soon.

"There's a lot of big human beings in the SEC," Sarkisian said before honing in on the Hogs. "They're big up front on both sides of the ball. Clearly the tight ends have great size. They have really good length at corner. They've got a couple of big receivers.

"Jalen Catalon, the safety out of Arkansas, is the best defensive back in college football, and definitely in the SEC," Harper said.

Harper know his business as a former Alabama safety who played 11 years in the NFL for the New Orleans Saints and Carolina Panthers.

"Jalen Catalon is the man," Harper said. "He flies around. He makes plays. He had two interceptions. He's all over the place.

Arkansas basketball Coach Eric Musselman has been all over social media promoting football in recent days.

On Sunday, the Razorbacks' Twitter account posted a video of Musselman walking up to the stadium ticket office and seeing a sign announcing the Arkansas-Texas game as a sellout.

After pounding on the closed ticket window, Musselman calls Coach Sam Pittman to ask for a ticket. Pittman answers his phone, then laughs, telling Musselman that Razorback Stadium is going to be packed.

"He's a supporter of football and all sports just like I am," Pittman said. "And he does it in his own special, different way, you know. He gets the fans pumped up [and] ... I'm a little more old-fashioned.

"But I chuckle. I get a grin out of watching his social media things. ... Certainly, if you were thinking whose idea that was about the phone call, I'm pretty sure you knew it wasn't mine. I was more than happy to do it."

Pittman described Musselman as "an exciting dude. I mean, he's a good person, and he loves the University, and I'm certainly glad he's a friend of mine."

Speaking on his radio show on Wednesday night, Sam Pittman pointed out what was to him one of the biggest plays of the game, largely because it prevented him from having to make a tough fourth down decision.

The Razorbacks were trailing 17-7 and facing a third-and-3 snap at the Rice 9 after a quick 48-yard drive started by Tyson Morris' 31-yard catch.

"I was going, 'Oh, man, what if we're short, you know?" Pittman told host Chuck Barrett. "I'd already messed up once. I'd have to go for it.

"So we made a first down and I was like, 'Thank you, thank you Lord on that one.' And then we went and scored."

Trelon Smith powered ahead for a 4-yard gain to move the chains on the third-down snap, then KJ Jefferson ran it in from the 5 on the next play to help draw Arkansas within 17-14.

Arkansas ranks 124th in the nation with 117 penalty yards and Texas is not far ahead of that, ranking 86th with 64 penalty yards per game.

The Razorbacks drew 13 penalties and only Ole Miss was flagged more often among teams with just one game with 14 infractions.

Texas Coach Steve Sarkisian pointed out his frustration with two penalties that brought back a punt return touchdown and three holding calls against the Longhorns' offense.

Texas owns a 56-22 advantage in the series, which dates back to the first season of Arkansas football in 1894.

The Longhorns won the first 14 games in the series, tying for the longest losing streak against one team in Arkansas football history. Alabama, which has won 14 in a row against the Razorbacks dating to 2007, can take over the lead in that category this season.

Arkansas holds a 3-2 edge in games played since the Razorbacks left the Southwest Conference. That advantage includes wins in both bowl games, with a 27-6 win over the No. 14 Longhorns in the Cotton Bowl after the 1999 season and a 31-7 rout in the 2014 Texas Bowl.

Maybe it's good for Arkansas the Razorbacks are playing Texas at home in 2021.

In total, Texas owns a 25-9 advantage in games played in Arkansas.

Growing up in Oklahoma, then later being an assistant coach for the OU Sooners, Sam Pittman developed a natural dislike for Texas.

The Oklahoma-Texas game used to be a matchup of Big Eight and Southwest Conference teams, then the annual game became a conference matchup in the Big 12.

"I had a dislike for [the Longhorns] when I was at Oklahoma and we went down there and lost in the Cotton Bowl two years in a row," Pittman said of games in 1997-98. "When I was a kid, it was more Nebraska.

"If you were an OU fan, Nebraska was a big game as well, with Johnny Rodgers and those guys. But there was always, in the state of Oklahoma, a rivalry there with Texas."

The Razorbacks had 31 second-half points against Rice, the most for an Arkansas team in nearly 18 years. The Hogs scored 31 points in the second half of a 52-6 rout of Mississippi State on Nov. 22, 2003.

A total of nine Razorbacks have combined for 10 games of 100-plus rushing yards against Texas, including Texas native Jonathan Williams' 105-yard game in Arkansas' 31-7 victory in the 2014 Texas Bowl.

The ESPN crew assigned to Saturday's game is Joe Tessitore on play by play, Greg McElroy as analyst and Katie George as the sideline reporter. 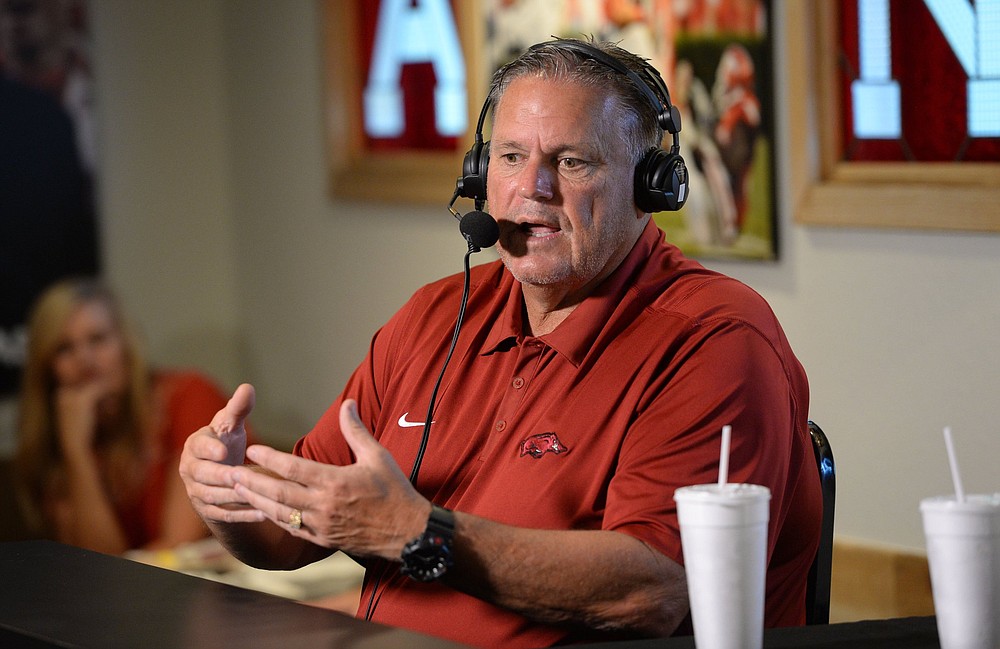 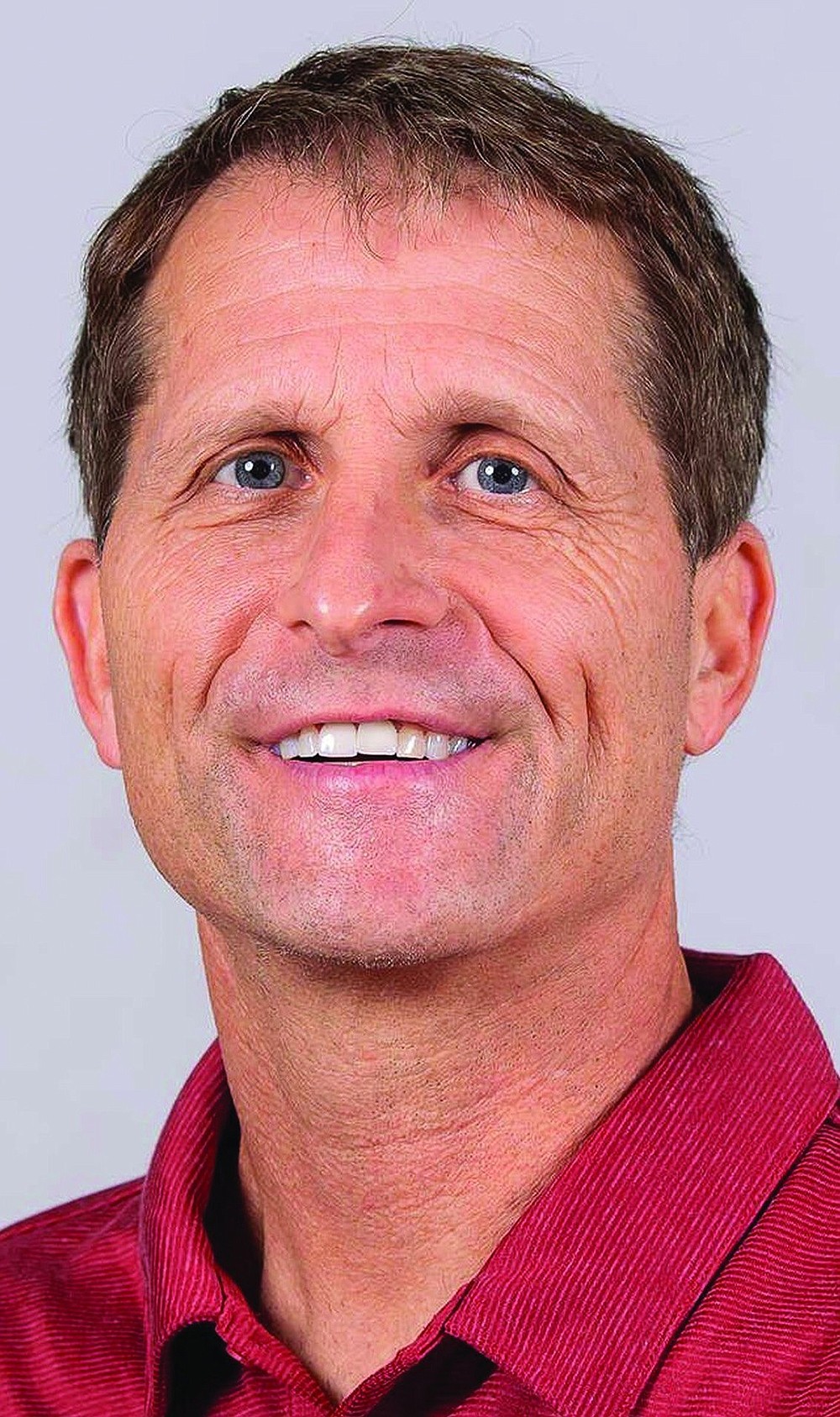