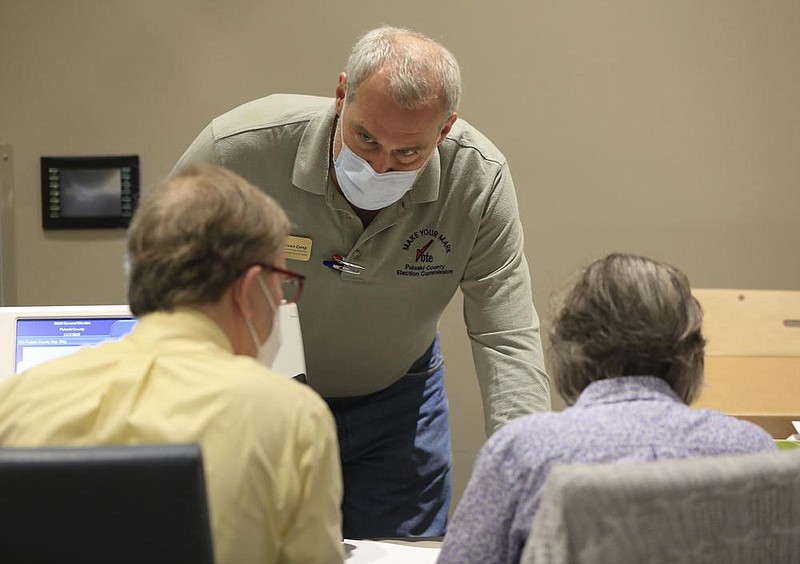 LITTLE ROCK -- The interim director of elections for the Pulaski County Election Commission was relieved of his duties Friday, effective immediately, according to the county executive.

County Judge Barry Hyde said the decision resulted from a determination that Shawn Camp was "abandoning his job."

Camp sent an email to county employees Thursday morning stating that he would be out of the country for two weeks, starting the day before the Tuesday's referendum on Little Rock Mayor Frank Scott Jr.'s proposed sales-tax increase.

Scott is seeking a 1 percentage-point increase in the city sales-tax rate to pay for quality-of-life improvements. The last day of early voting will be Monday.

The email was obtained by the Arkansas Democrat-Gazette through a Freedom of Information Act request.

The county judge's office sent out a news release Friday stating that Camp had been relieved of his duties and that Dickens would serve as acting director.

Dickens has served Pulaski County for the past 17 years in the county clerk's office and with the election commission, according to the release.

"Pulaski County is moving forward," Hyde said in the release. "I want to ensure that the election commission has the resources it needs to ensure that next week's election is conducted properly, is accessible and transparent."

Bryan Poe, who had been director of elections for Pulaski County since 2013, resigned in March, weeks after the election commission voted to decertify him.

Kristi Stahr, election commission chairwoman, said during a special meeting Friday that she learned of Hyde's decision late in the day in a voicemail left on her phone. She said Hyde has assured her the open position will be advertised next week.

"We don't want the citizens to be concerned that we have a reduction in staff," Stahr said during the meeting. "We are very confident in this election and that it will be carried out properly, fairly and securely."

Information for this article was contributed by Teresa Moss of the Arkansas Democrat-Gazette.