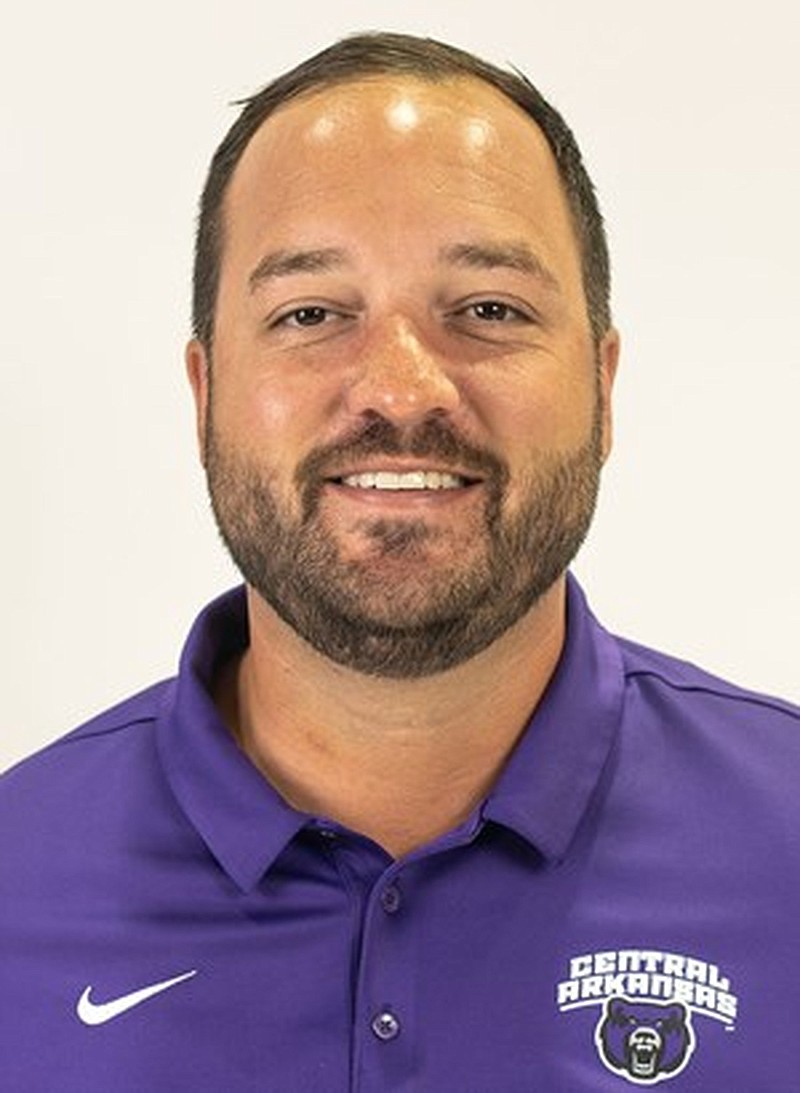 The last time Central Arkansas and Missouri State football faced off, the Bears of Conway came out on top, beating the Bears of Springfield, Mo., 33-24 on their home turf on Oct. 17.

Two weeks prior, UCA beat Missouri State in Week 3 of its 2020 season, winning 27-20 at Estes Stadium in Conway.

In rare fashion, UCA took part in a college football non-conference home-and-home series and it made the instance even more unique by sweeping the Bears.

Today, Missouri State (0-1), ranked No. 23 in the Football Championship Subdivision, will host No. 19 UCA (0-1) in the third game between the two teams in the past two years.

"Those by no means were easy wins for us," UCA Coach Nathan Brown said. "Those were hard-fought, comeback wins that very easily could have went the other way."

Brown also knows that this year's Missouri State squad is, while similar, still different in ways than the one UCA beat twice in 2020.

Since the last time the two squared off, Missouri State is 5-3, having gone 5-1 against the Missouri Valley last year, winning a conference title and former University of Arkansas Coach Bobby Petrino winning the conference's coach of the year honors. Missouri State also comes into the matchup on the heels of a one-possession loss at Oklahoma State..

"To me, the biggest difference from this team right now and the team that we played last year is they figured out a way to win," Brown said about Missouri State. "You can see that they've got confidence and I don't know that they had that last fall."

The 2020 Missouri Valley Conference champions bring both old and new to the field, returning 10 of 11 starters on defense, as well as mixing in some key transfers, including former Utah State quarterback Jason Shelley.

Shelley, who's played at both Utah State and Utah, came to Springfield this season with 1,625 career passing yards and 8 touchdowns in 22 career games. He finished the Bears' loss to Oklahoma State with 235 passing yards and a 52.3% completion rate.

"He can certainly make the throws," Petrino said. "I thought he did a good job of coming back and competing and working hard and helping us get into a position to win."

Defensively, however, the Bears make up for any experience lacking on the other side of the ball. Not only do they return a bevy of starters, but 10 of their 11 starters against UCA are seniors.

"This will be one of the best defenses we play all year," Brown said.

Against Oklahoma State, Missouri State held the Cowboys to 53 rushing yards. UCA struggled in Week 1 to find its ground game, and with running back Cam Myers battling a knee injury, freshman Darius Hale is once again expected to start in his place. Brown also said freshmen running backs Kylin James and Trysten Smith could see touches against Missouri State.

"We're running back by committee until one of those guys steps up," Brown said.

NOTEWORTHY The Bears of Conway beat the Bears of Springfield, Mo., twice in 2020, in a rare college football in-season home-and-home. UCA won the first matchup 27-20 in Conway. … Through one game, preseason All-American receivers Tyler Hudson and Lujuan Winningham’s 208 combined receiving yards account for more than half of UCA’s total offensive yardage … Against Arkansas State, UCA totaled 7 tackles for loss and 3 sacks, with defensive end Logan Jessup tallying 2.5 TFLs and 1.5 sacks … Missouri State Coach Bobby Petrino is 124-62 in 16 seasons as a head coach, with two stints at Louisville and stops at Western Kentucky, the Atlanta Falcons and Arkansas … Since leaving Arkansas in 2012, Petrino has squared off against Arkansas schools three times where his teams have a 1-2 record … UCA and Missouri State are set to meet again in 2022 in Conway. 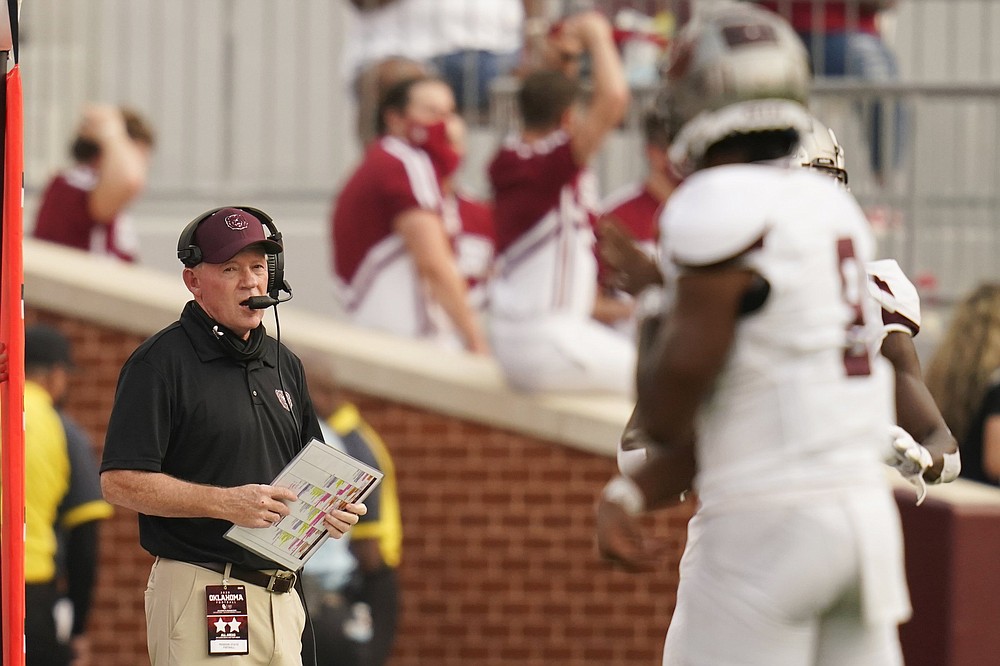 Missouri State head coach Bobby Petrino walks on the sidelines in the first half of an NCAA college football game against Oklahoma Saturday, Sept. 12, 2020, in Norman, Okla. (AP Photo/Sue Ogrocki)