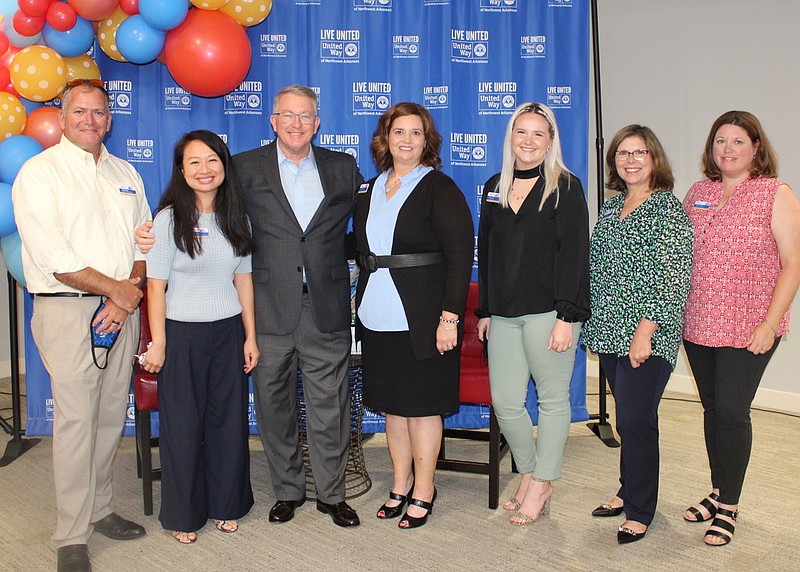 United Way of Northwest Arkansas launched its fall 2021 fundraising campaign with a kickoff luncheon Aug. 26 at the Jones Center in Springdale. Some 100 local business representatives, board members and supporters attended.

The luncheon focused on leadership in the community with remarks by special guest Danyelle Musselman, former ESPN, NFL Network, and Fox Sports reporter and the wife of Eric Musselman, University of Arkansas men's basketball head coach. She told those gathered "leadership is an ongoing theme in our house," and she believes we can make a difference in our community "by not being silent. We can make a conscious effort to be a doer and by not being silent."

United Way President and CEO Jackie Hancock said: "We are proud of the long history of United Way in Northwest Arkansas, and look forward to continuing our tradition of helping to improve lives in the communities that we serve. "Everyone has a United Way story. You never know the people you hold in the palm of your hand -- the people of help."

"United Way Northwest Arkansas works with partners throughout the region to raise funds to invest in local programs that will create opportunities for children and families to grow, thrive and achieve their fullest human potential. Thanks to the generosity of the Northwest Arkansas community, United Way is proud to announce that applications are currently being accepted for the Community Investment Grants," Ana Phakhin, vice president of strategic investments and impact, said.

United Way is focused on three core areas for investment:

· Early Learning programs will ensure that children, parents, caregivers and families are working together to strengthen school readiness skills.

· Developing Self-Sufficiency programs will ensure the future economic stability of children and families by strengthening workforce readiness skills, providing supportive services and increasing the capacity of families to acquire a sustainable living wage.

Grant applications and further details are located at www.unitedwaynwa.org.

Next up for the group is a golf tournament Oct. 15 at Springdale Country Club. 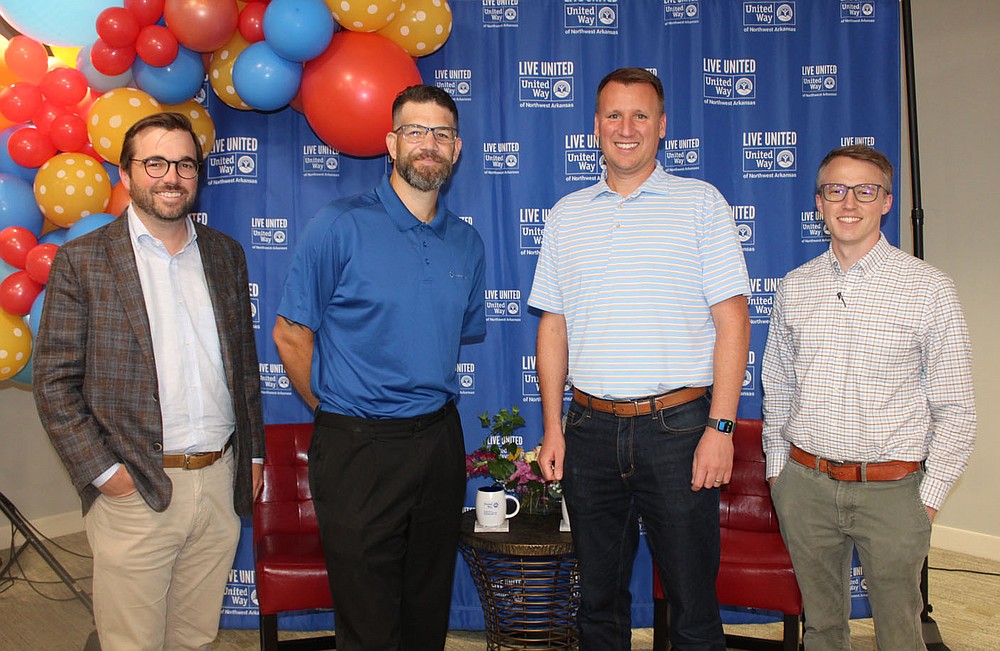 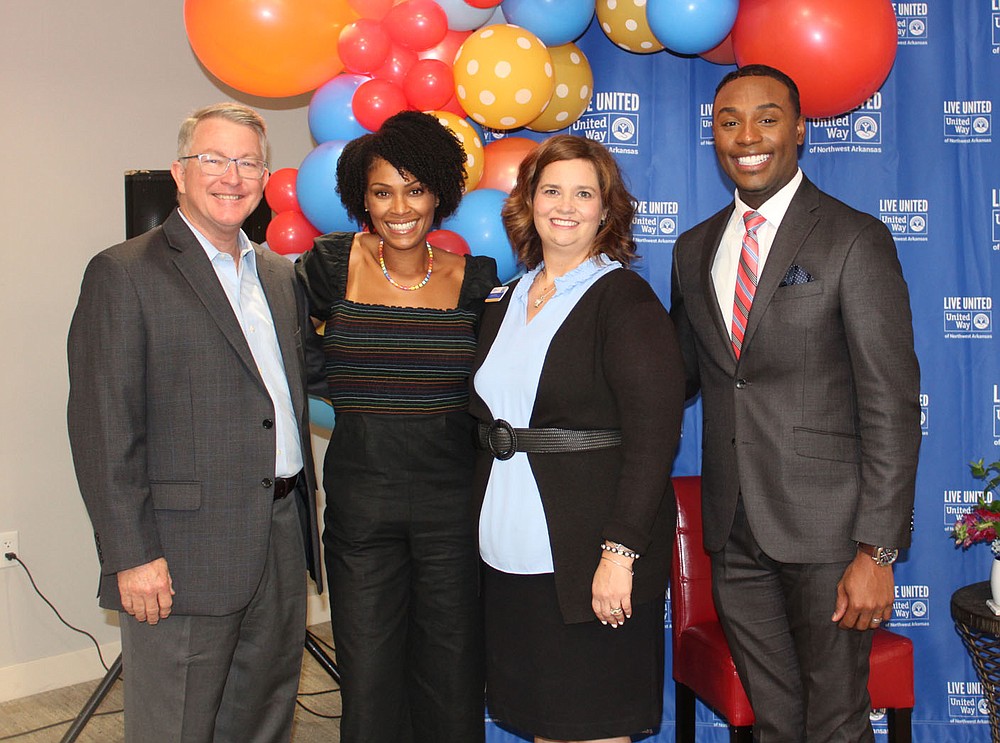 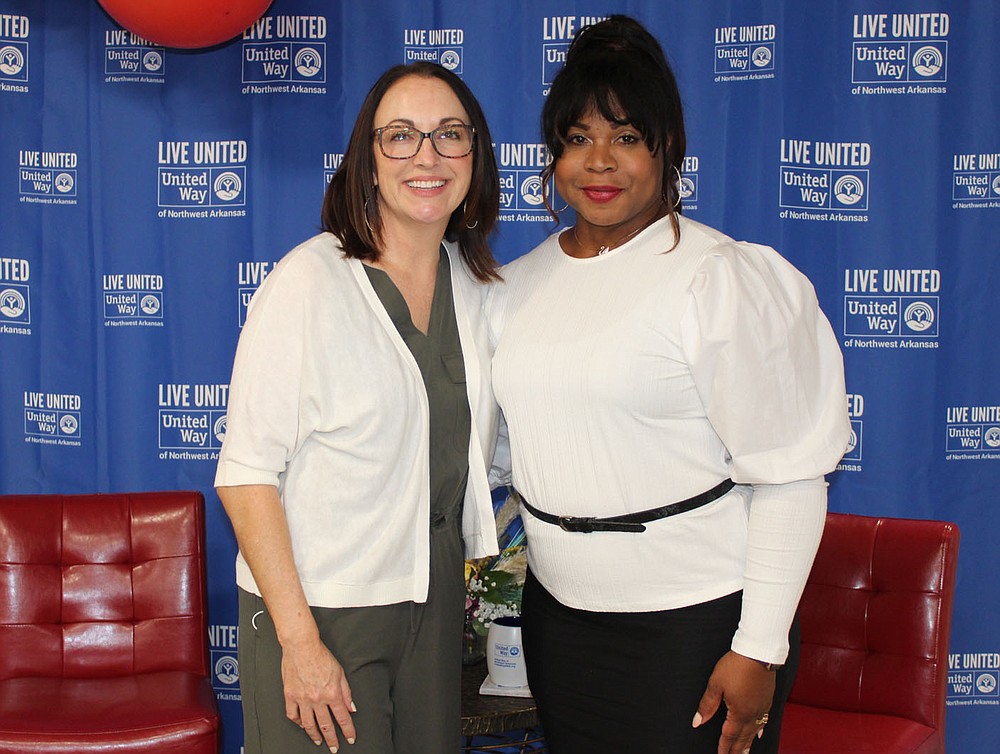 Missy Cole (left) and Helena Gadison, UWNWA board members, stand for a photo at the kickoff luncheon. (NWA Democrat-Gazette/Carin Schoppmeyer) 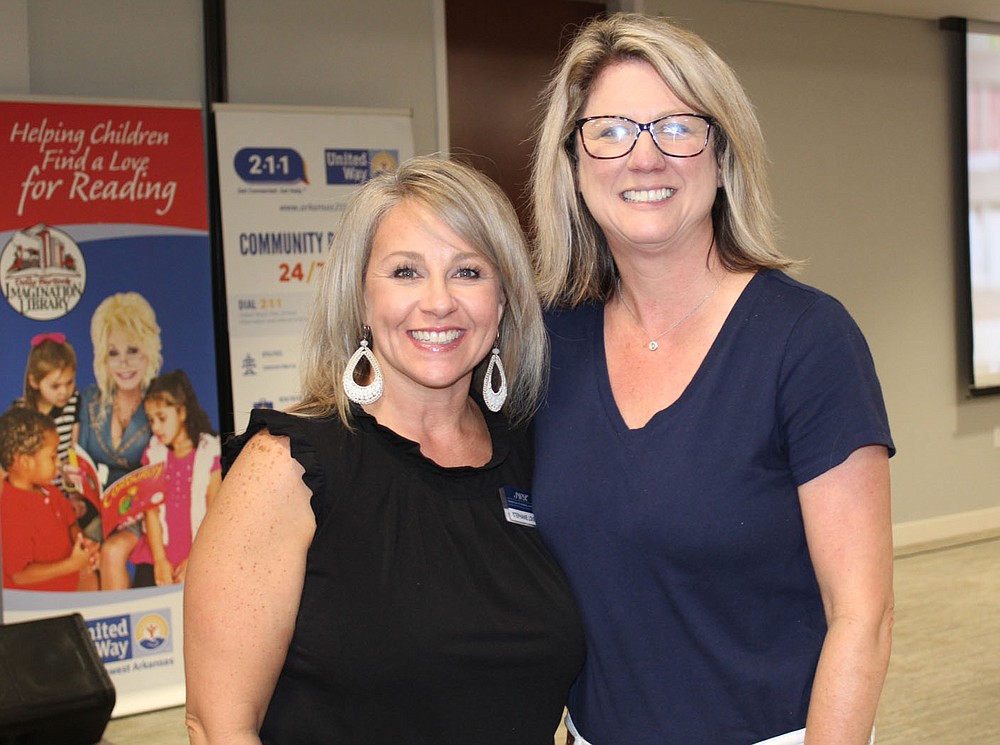 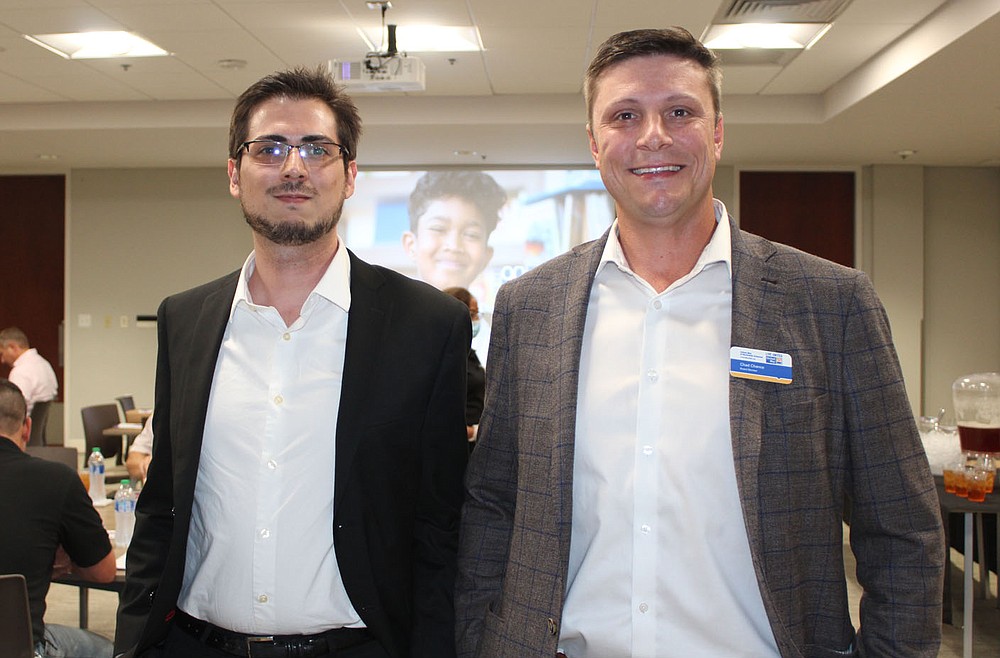 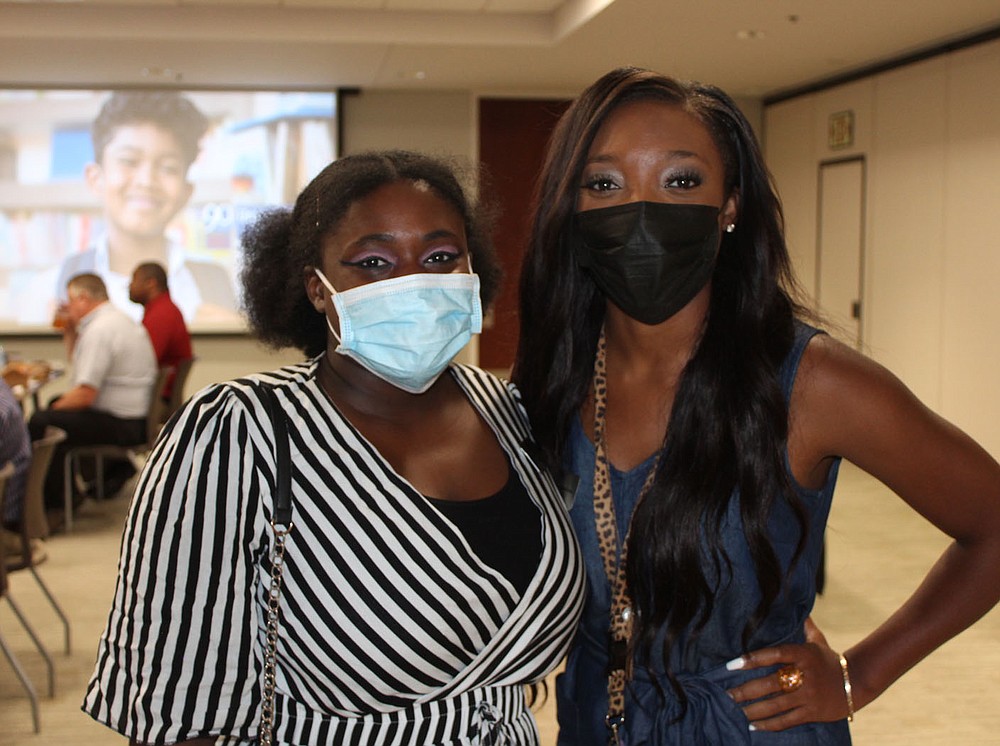 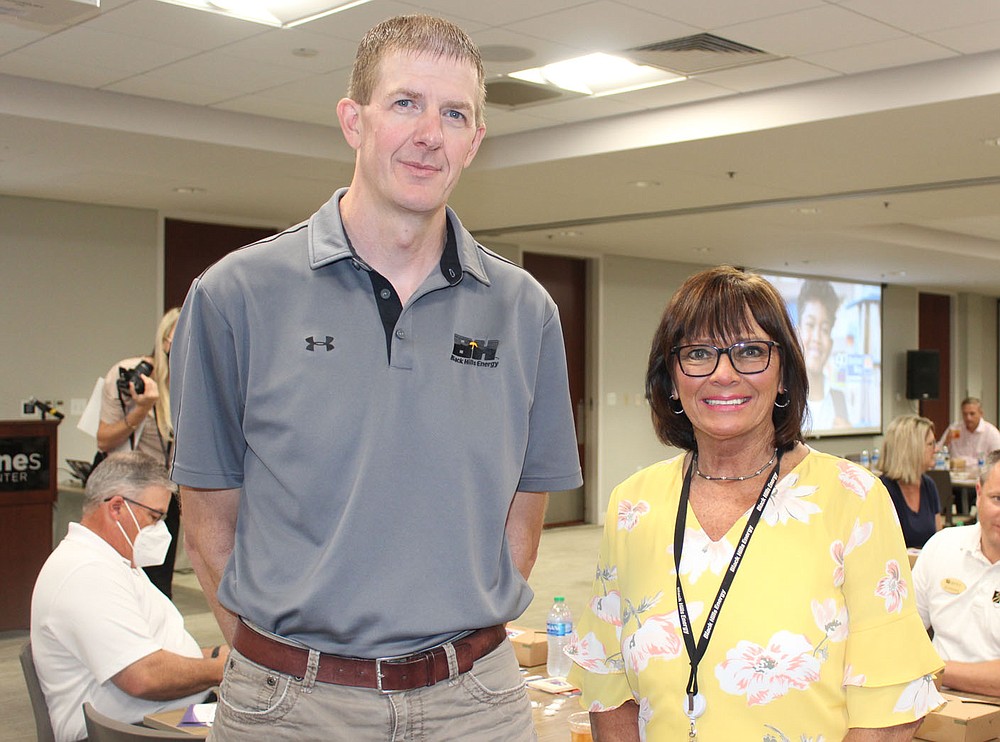 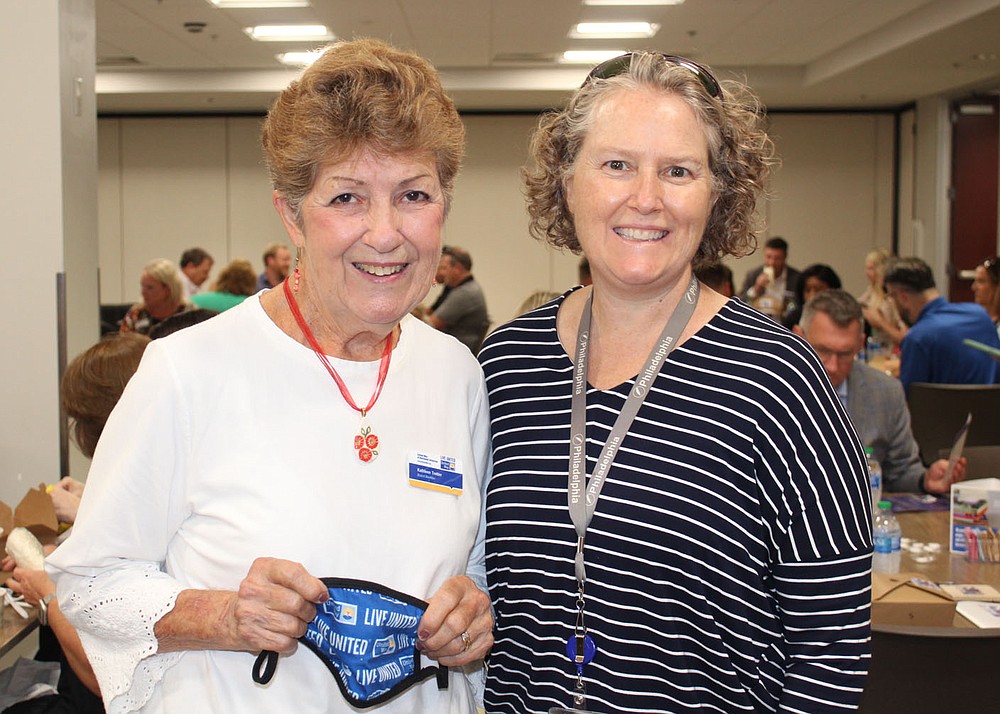 Who: United Way of Northwest Arkansas

What: The group kicked off its fall 2021 fundraising campaign with supporters.

Where: The Jones Center in Springdale