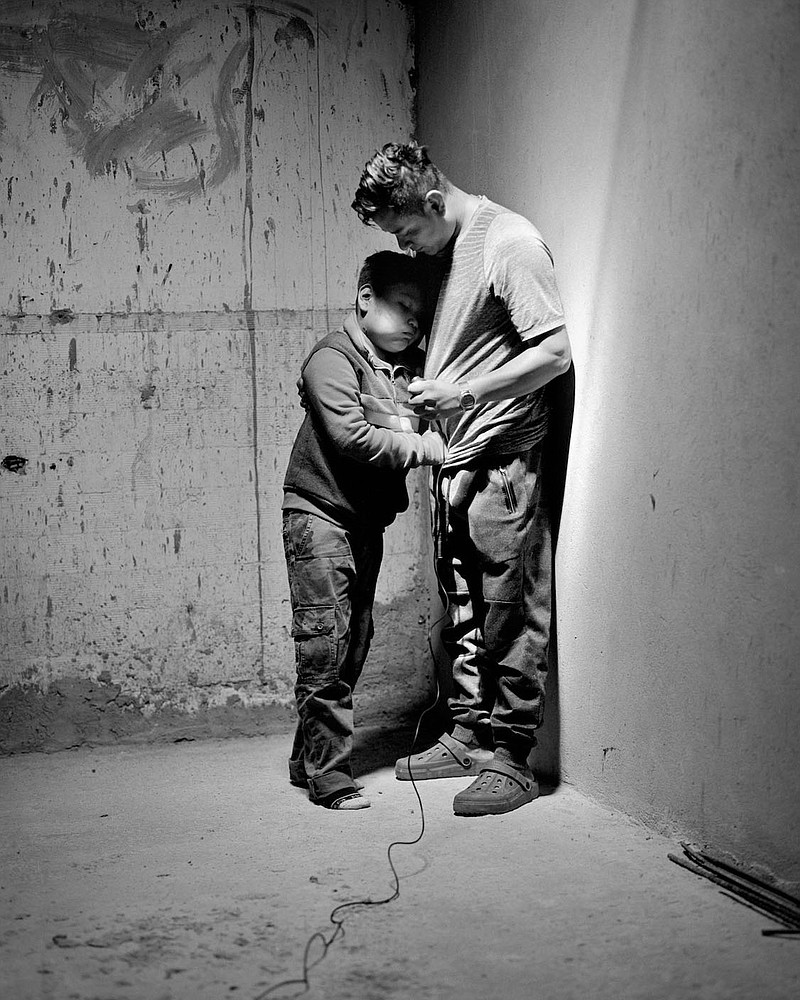 Last week, two photography exhibits -- "Migrantes" and "Southbound: Photographs of and About the New South" -- opened at Windgate Museum of Art at Hendrix College in Conway.

Also at Historic Arkansas Museum, "Conspicuous Consumption: If You've Got It, Flaunt It" with items made, bought and, yes, flaunted by Victorian-era Arkansans, also opened Sept. 10. And "She Show" went up that same day at Little Rock's M2 Gallery.

Windgate Museum of Art at Hendrix College in Conway will be overrun with photographs this autumn.

"Migrantes," which opened in the Windgate Museum's Window Gallery, was created by Brooklyn, N.Y., photographer Adam Ferguson and the subjects in his photos. In May and June, Ferguson asked migrants at shelters on the Mexico side of the U.S.-Mexico border to take self portraits. He told their stories in an article and photo essay published in The New York Times on July 1.

Mary Kennedy, director-curator at Windgate Museum of Art, saw it online and was impressed enough to reach out to Ferguson.

"I thought the images were so compelling and that it would be great for us to show at the museum," she says. "I found his website and contacted him. Two months later, we are going to have those prints at the museum. I just got lucky."

One of the things that attracted Kennedy to the images was the fact that the subjects are taking the photos using a remote device provided by Ferguson that is visible in the final work.

"When you learn about the images and realize it's a remote control to his camera that allows them to control how the picture is made, to my mind that makes them even more compelling."

"You can imagine what sort of impact those giant prints will have," she says.

Victor Gomez, curatorial assistant at the museum and a 2021 Hendrix graduate, is the exhibit's curator. "Migrantes" will remain at the museum through Dec. 3.

"Southbound: Photographs of and About the New South," also up through Dec. 3, features 220 images by 55 photographers that represent their visions of the South over the first two decades of this century.

"The idea around that exhibition is what does the term 'New South' mean in the 21st century," Kennedy says. "This brings 55 unique depictions of the New South from all across the region."

Little Rock photographer Hursley, who we will revisit in just a bit, is among those represented in the exhibit.

A film series, lecture, artist residencies, tours, a poetry reading and hands-on activities are planned around the exhibit through the fall, Kennedy says.

The possessions of stylish Arkies from the second half of the 19th century are the focus of "Conspicuous Consumption: If You've Got It, Flaunt It" in the Arkansas Made Gallery at Historic Arkansas Museum, 200 E. Third St., Little Rock.

Fancy furniture, silverware, clothing, paintings, dishware and accessories are just a few of the items that will be shown in the exhibit, which will be up for about two years.

"It really covers a big area of interest in our collection," says Carey Voss, the museum's curator of exhibits. "Because we like to base major exhibits on items in our collection, we're always thinking about ways to interpret those items."

"Conspicuous Consumption" also helps demystify early Arkansas' reputation as an uncultured backwater as craftsmen and artisans began offering goods that were accessible to many Arkansans, says Victoria Chandler, curator of collections at the museum.

"This is following our previous exhibit, 'History in Color,' in which we were debunking the myth of the 19th century being this dark, drab world. This is an extension of that," she says.

"As pumped as I am about the beautiful objects that we are displaying, I have to say that the aesthetic decisions we made are just as much of this exhibit as the objects," Voss says. "The stars are a beautiful 1850s Arkansas-made corner cupboard up against that period wallpaper. It's a little time machine to transport you back to what you would have seen somebody's home."

"For this exhibit," Voss says in an email, the museum "selected artists who are bound by concept. Timothy [Hursley], James and Peter use creativity and skillful labor to revive objects, structures, and landscapes that might otherwise be considered metaphorically dead. Their thoughtful modifications reinvent cast-off items and invest them with fresh aesthetic meaning while preserving their original histories."

Admission to Historic Arkansas Museum galleries is free. Museum hours are 9 a.m.-5 p.m. Tuesday through Saturday; 1-5 p.m. Sunday. The museum is a museum of Arkansas Heritage, a division of the Arkansas Department of Parks, Heritage and Tourism. See arkansasheritage.com for more information.

A SHOW OF SHES

Last but not least, creations by women are the focus of the latest bi-annual edition of "She Show" at the newly expanded M2 Gallery, 1300 Main St., Little Rock.

"This is always one of our most anticipated shows," gallery owner Ashley Murphy says in a news release. "It's a great exhibition and with our new expansion, it will be bigger and better than ever."

The exhibition features 45 local, national and international artists working in a wide range of styles and mediums -- paintings, textiles, photography, ceramics, sculptures and more. Among those included are Ana Sneeringer of India, Lahel Fowler of California and Jeaneen Barnhart of Kentucky.

And there's another first: The exhibit will mark the debut of the gallery's new upstairs area. 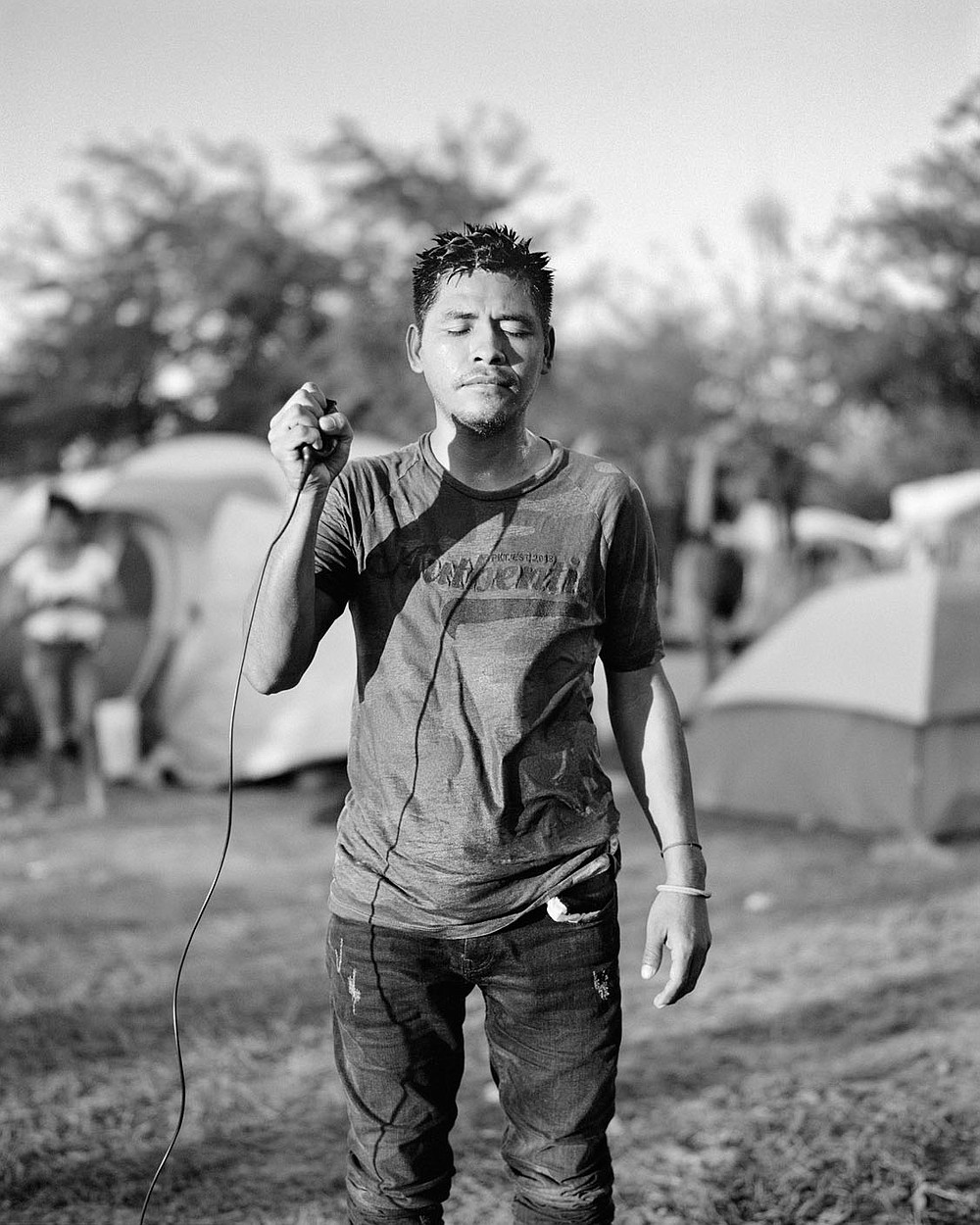 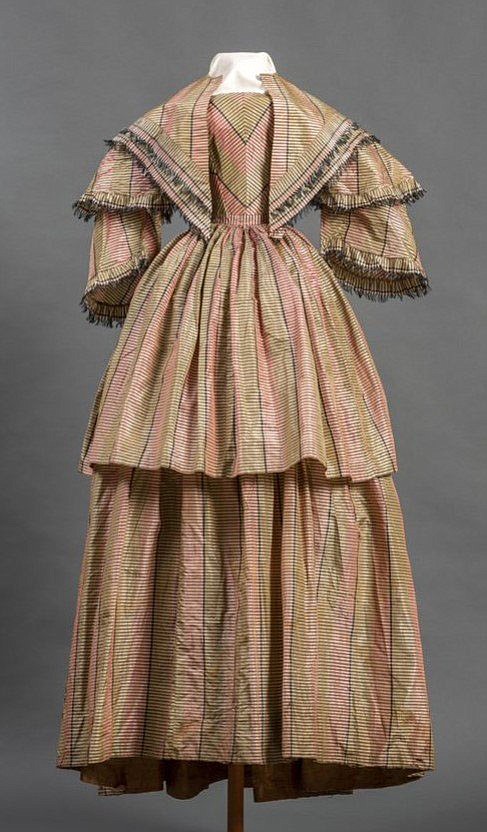 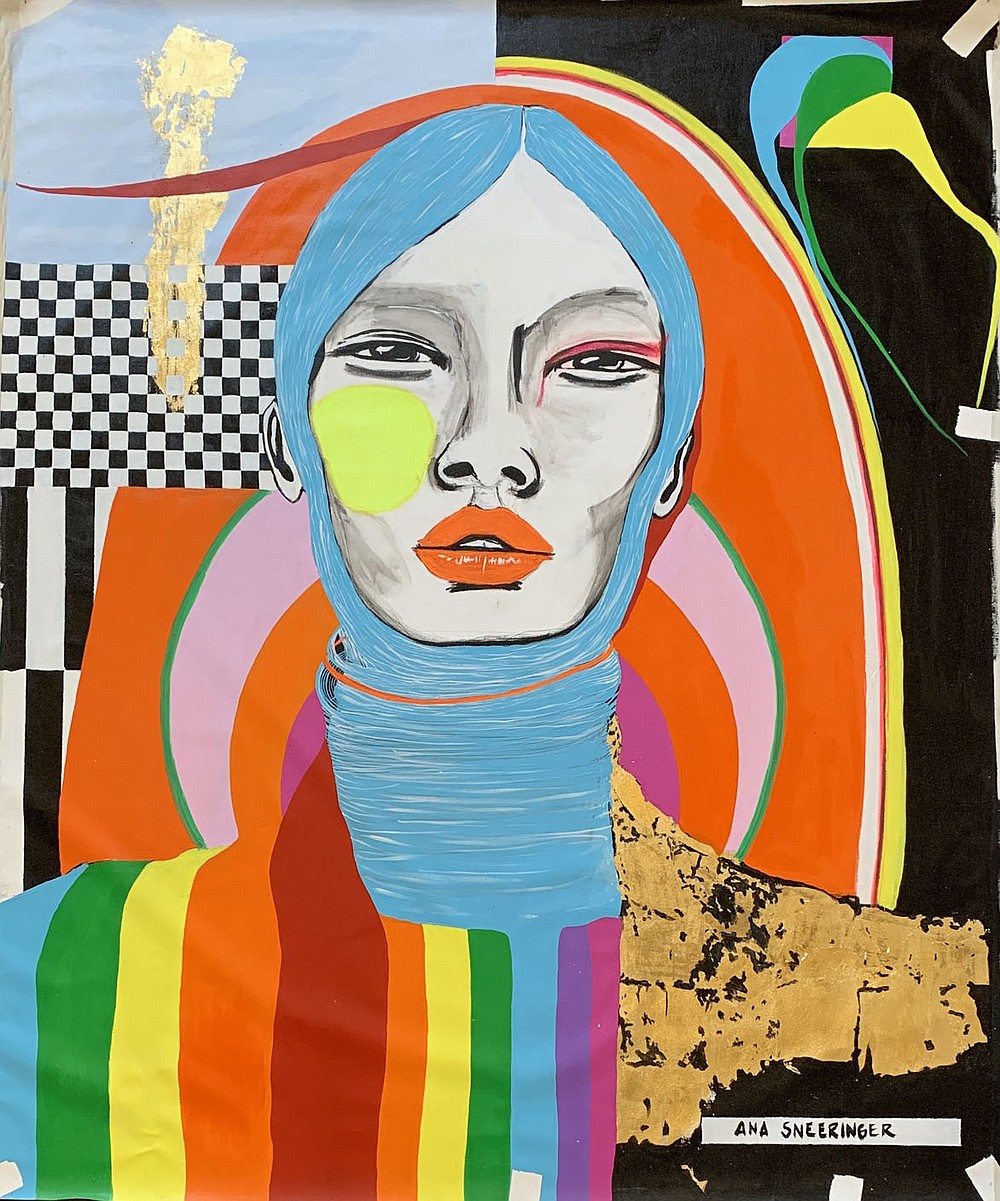 Golden Life, by Ana Sneeringer, can be seen in the &quot;She Show&quot; exhibit at M2 Gallery in Little Rock. (Special to the Democrat-Gazette/Ana Sneeringer) 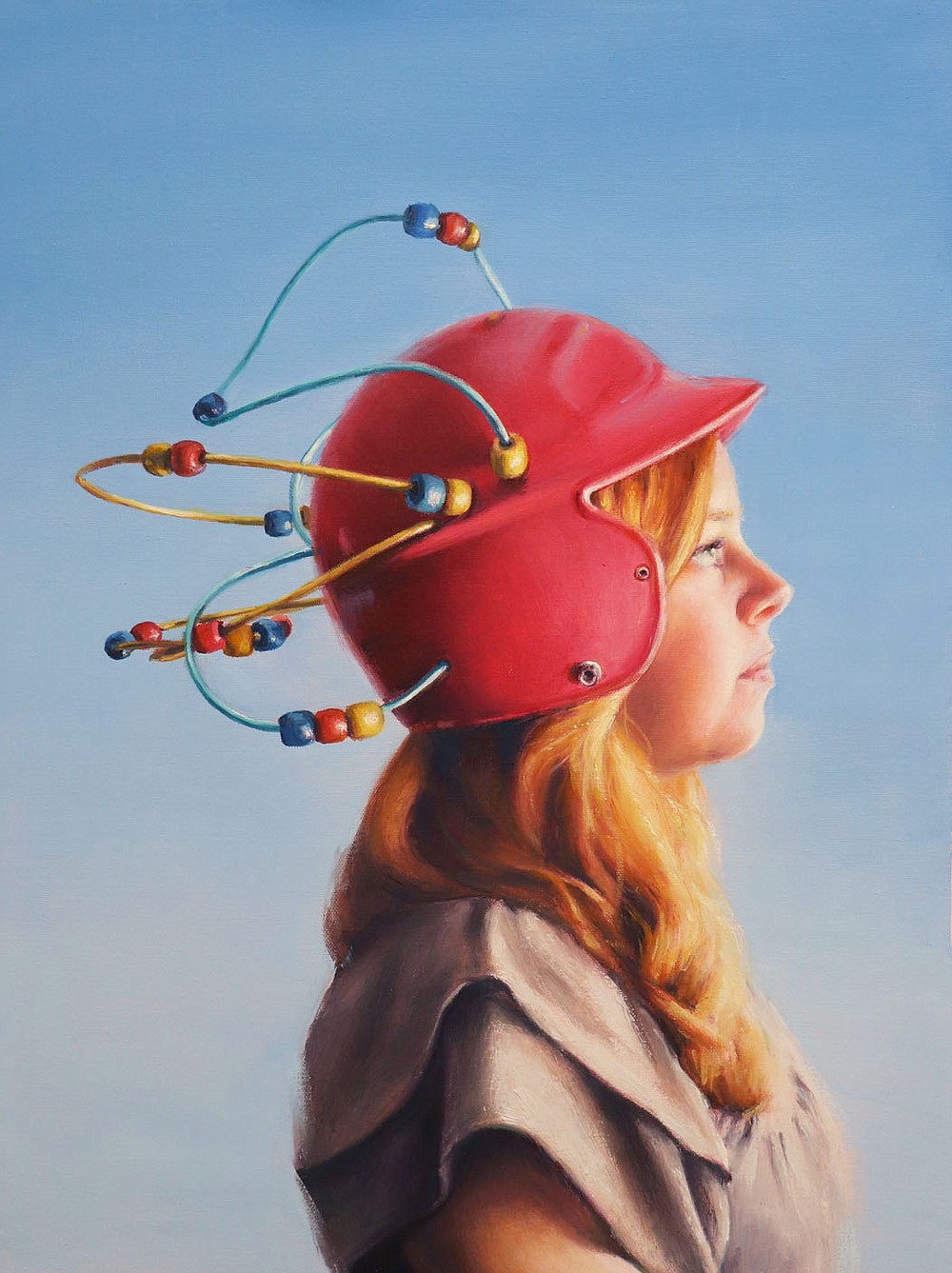 ?Motherland,? by Tessa Davidson, is part of the exhibit &quot;She Show&quot; at M2 Gallery in Little Rock. Special to the Democrat-Gazette/Tessa Davidson 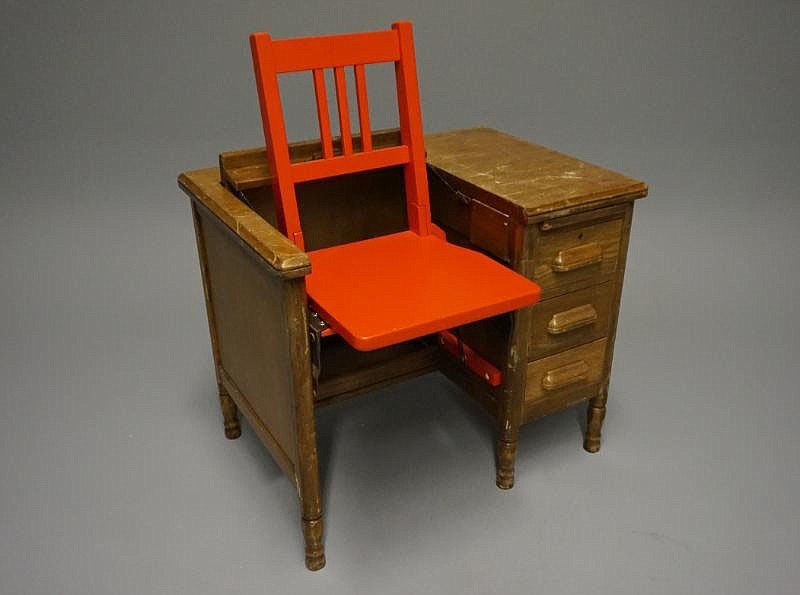 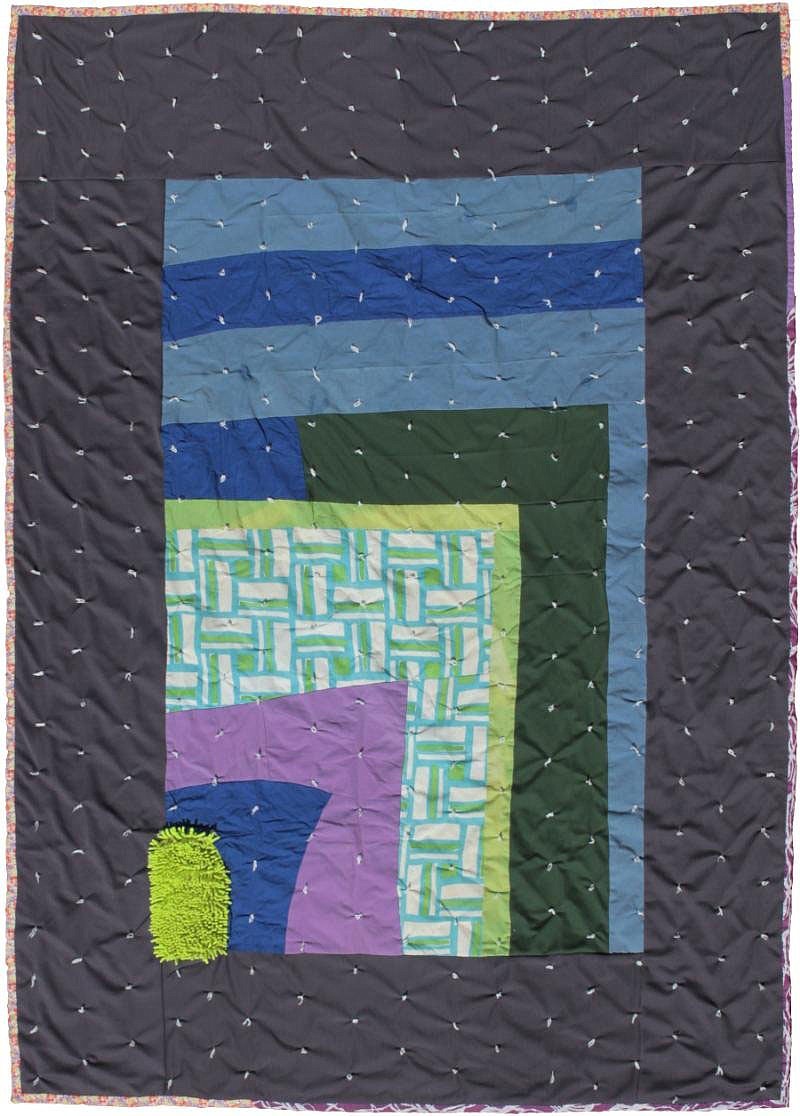 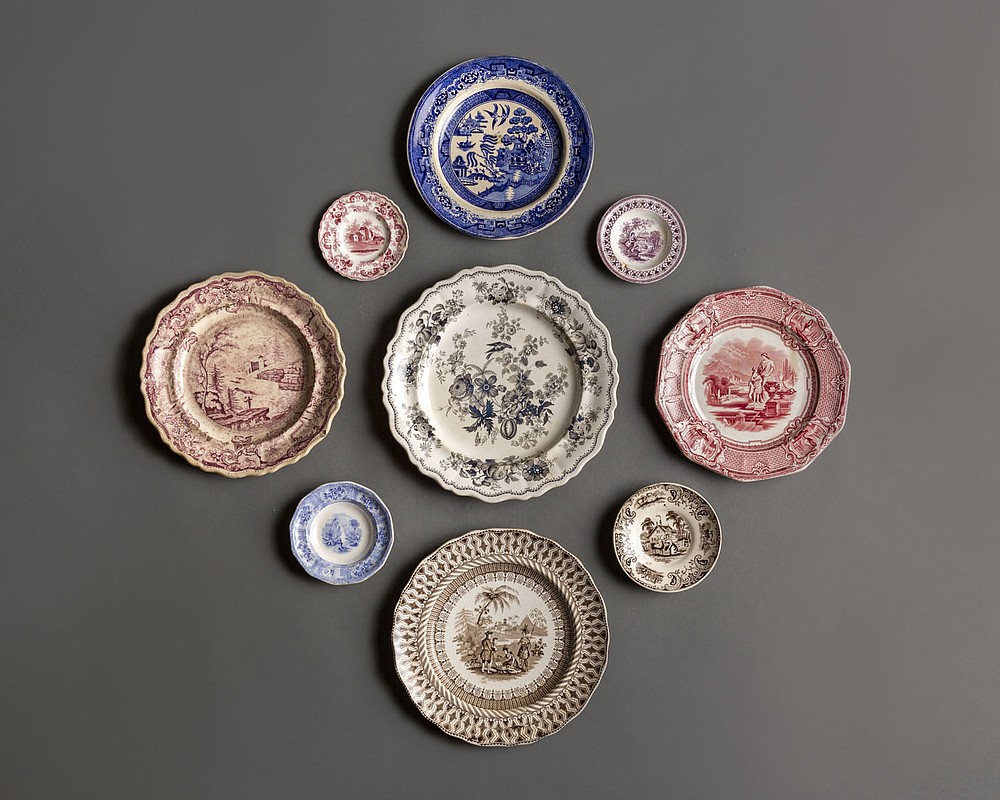