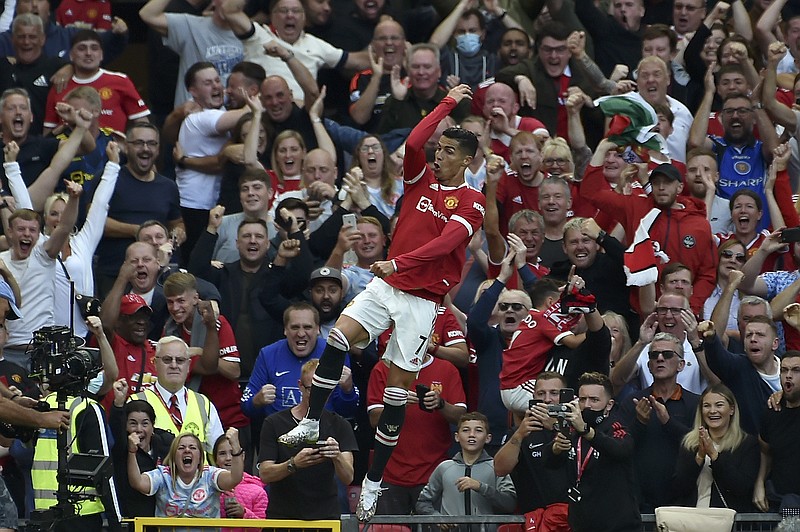 MANCHESTER, England -- The leap, swivel and landing with outstretched arms were roared on by the Old Trafford crowd.

If anyone missed it the first time on Saturday -- and it's hard to imagine when so many eyes were transfixed on Cristiano Ronaldo -- they got another chance in the second half.

Two goals gave him two chances to stage his trademark celebration in a 4-1 victory over Newcastle, ensuring the performance matched Manchester United's considerable hype that was embraced by fans young and old with their "Viva Ronaldo" chants and willingness to hand over cash for new No. 7 jerseys.

Ronaldo looked like he'd never been away from Old Trafford for 12 years and yet, he said, "I was very nervous. Maybe I didn't show it but I was."

Less than five months ago the fans were storming the stadium in a rage against the owners. Now the green-and-gold anti-Glazer protest scarves were hanging over the Ronaldo shirts the club megastore is struggling to match the demand for in the two weeks since he joined from Juventus.

The "Get out of our club" chants were aimed by the Newcastle supporters at their owner, not at the home directors' seats where Avram Glazer would have struggled to hear the few songs against his family from the Stretford end.

For Old Trafford's second capacity crowd since the start of the pandemic 18 months ago, the "Welcome home" announcements left no doubt they were for the superstar on the field.

"There was loads of expectation and he has delivered," United manager and former teammate Ole Gunnar Solskjær said. "He's still a ruthless and clinical goal scorer. He smells the big moment."

Ronaldo left United a year after winning his first Ballon D'Or accolade in 2008. The Portugal captain returns a five-time winner, with the chiselled, lean body ensuring not just playing longevity at 36 but a status that transcends not just United but the sport.

Ronaldo even laughed at himself. Like after the early miss when he swung at the ball from a tight angle right in front of the Newcastle fans.

He had to wait until the second minute of stoppage time at the end of the first half to restart the goal count left at 118 in 2009.

Few goals will be easier, tapping into an empty net after goalkeeper Freddie Woodman fumbled a shot by Mason Greenwood.

"There's more to it than that," Solskjær said. "He's anticipating the rebound."

It was a goal United fans hadn't seen in 12 years and feared would never happen, especially when he came close to signing for Manchester City when he unexpectedly came on the market in the final days of the summer transfer window.

Yet it was a goal only the crowd of around 74,000 could legally watch in Britain.

The rest of the world -- apart from Afghanistan, Cuba, North Korea and Turkmenistan -- could view the English Premier League match live on television.

The peculiarity of broadcasting rules meant this game was blacked out from television and digital platforms in Britain until after the game. Yet, illicit Twitter clips of it were showing more than a million views within half an hour of it being scored.

There was a moment of unease when United's need for a new defensive midfielder was highlighted by the failings that led to Newcastle's Javier Manquillo being able to equalize in the second half.

But Ronaldo had the lead restored in the 62nd. All the running in the buildup was from Luke Shaw before slipping the ball through for Ronaldo to effortlessly put the ball between Woodman's legs.

And there it was again, the signature celebration finessed during his time at Real Madrid, this time in front of the Stretford End, where Ronaldo shouted "Siuuu."

"He's developed into a miles better player," Solskjær said. "Sometimes he can drift off to the side. We're not going to use him as a battering ram. He's going to roam."

The win was secure. It just needed compatriot Bruno Fernandes with a fine rising, curling shot and Jesse Lingard's stoppage time strike to add to the party atmosphere.

The post-match interviews, pitchside due to coronavirus restrictions, took place to the soundtrack of "Viva Ronaldo" being sung by thousands of fans who remained long after the final whistle.

"I belong to Manchester," he said. "I arrived here at 18 and they treated me unbelievably. This is why I've come back. I'm so proud to be here and I want to win." 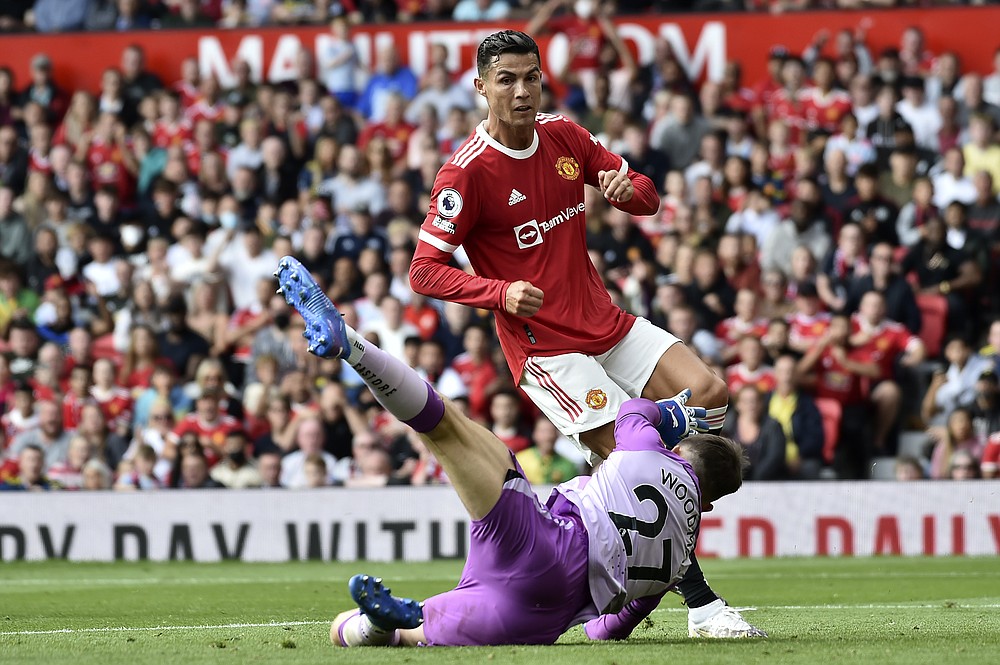