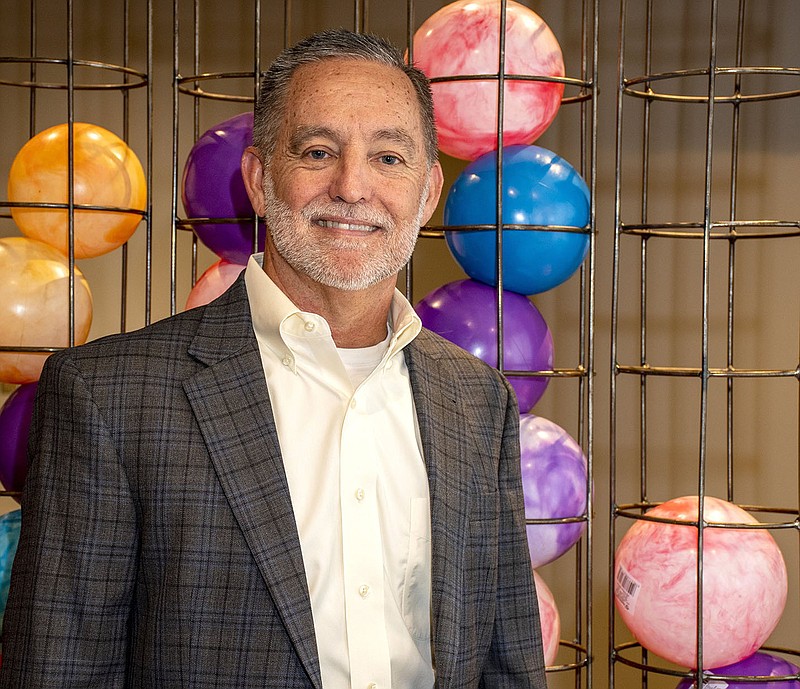 Dan Williams originally connected with the Museum of Discovery through his company, Garver, the North Little Rock-based engineering, planning, architectural and environmental services firm of which he is chairman emeritus.

He and his wife, Ellen, later started volunteering for the museum on their own.

"I originally got involved in 2018, planning Garver's centennial year," he explains. "The museum was instrumental in developing a program for school-age kids" -- a chain-reaction challenge that ranged from simple domino falls to some pretty elaborate Rube Goldberg machines.

Garver took the challenge to middle schools "in all the states where we had offices," Williams says -- Garver at the time was in a dozen states, and now has 35 locations in 14 states, with nearly 900 employees.

Garver has been providing financial and volunteer support to the museum for more than two decades, but consistently since 2014, through its principal fundraisers, "Spark!" and Tinkerfest. As a corporate sponsor, it has an executive on the museum board.

"'Spark!' comes from our mission of igniting and fueling a passion for science, technology, engineering, arts and math through dynamic, interactive experiences," according to a news release. ("We sound like pyromaniacs," quips chief marketing officer and museum spokeswoman Kendall Thornton.)

Williams is this year's chairman for "Spark!," which takes place in two parts:

"We used to do just one event," says museum CEO Kelley Bass, "but once they had a drink in their hands," it became too difficult to get patrons to pay attention to the speeches by "Spark! Stars." So since 2017 it has been in two parts, a week or two apart.

As event chairman, Williams says, he's responsible for raising funds, helping select the "Spark! Stars" and heading some lead-up events, including one in late August to introduce museum donors to the "Spark! Stars" and the "new" museum, which has been undergoing $3.5 million in repairs and renovations. That's about half of what the museum expects to spend following flooding damage in February; the other half is going to design and construction of new exhibits that will debut in 2023.

The gala will also feature "Spark! Attractions," hands-on activities, most of which are led by Arkansas STEM corporations and organizations.

There is also a silent auction, to which the Williamses once donated a condo stay. "My wife loves the auctions," Williams says. "My grandkids" -- the two that live in the area, ages 10 and 6 -- "love the museum."

Williams retired from the engineering firm -- once known as Garver & Garver, then Garver Engineers, and now just Garver -- in 2019, "but amazingly they still let me come into the office."

He and his wife also volunteer with Immerse Arkansas, which provides assistance to young adults aging out of the foster care system.

Last year's event, the eighth annual, was virtual because of the pandemic, but, Bass says it turned out to be the most successful one to date, bringing in $200,000. This year, he says, they're hoping to net $209,000, which will go to museum operating expenses and educational programs.

The virtual event was such a success that this year's luncheon comes with a virtual option -- patrons can pay $65 to experience it in person, or $40 to just watch virtually. Gala tickets are $125. Visit museumofdiscovery.org/?s=Spark!

The museum has an advantage when it comes to major fundraisers by holding them at its River Market facility, rather than having to rent a venue. Food, alcohol and beer donations -- from Ben E. Keith, Southern Glazer and Lost Forty, respectively -- also help to keep costs down.