2 runs kick off for French presidency 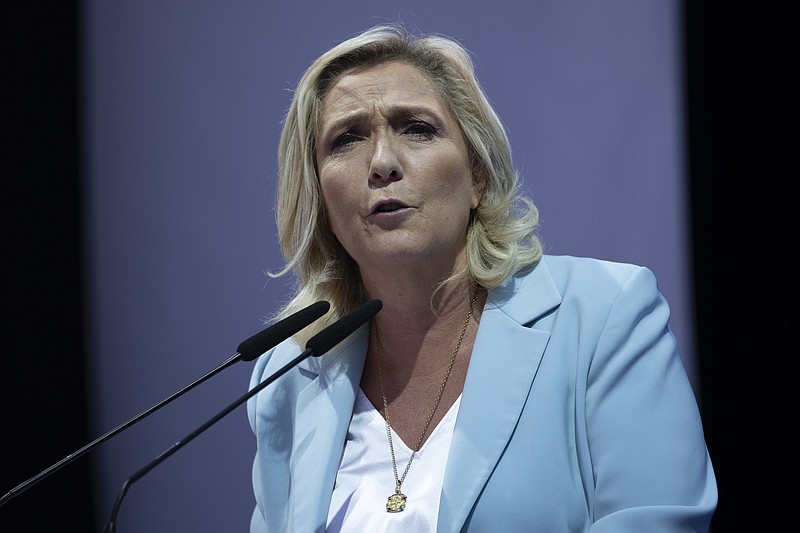 2 runs kick off for

They join a burgeoning list of challengers to centrist President Emmanuel Macron. This includes battles among multiple potential candidates on the right -- including another female politician Valerie Pecresse -- and among the Greens.

Hidalgo, 62, mayor of the French capital since 2014, is the favorite to win the Socialist Party nomination. She launched her candidacy in the northwestern city of Rouen.

"I want all children in France to have the same opportunities I had," she said, invoking her roots. Hidalgo is the daughter of Spanish immigrants who fled their country in search of freedom amid dictator Francisco Franco's rule.

Le Pen, the 53-year-old leader of France's far-right party, started her campaign in the southern city of Frejus with a pledge to defend French "liberty." In keeping with a hard-right message that critics say has vilified Muslim communities, Le Pen promised to be tough on "parts of France that have been Talibanized." Although she launched her candidacy earlier this year, on Sunday she made 26-year-old Jordan Bardella the acting head of the party as her campaign goes into full gear.

Le Pen is also remaking her image for this election. Gone is the dark blue wardrobe that has been her trademark. She now will be donning light blue for the campaign, "to show our vision, less partisan, [reaching] higher," Le Pen's special counselor Philippe Olivier was quoted as saying by Le Figaro, the conservative daily.

Macron, 43, has not yet announced his reelection bid but is expected to do so. Launching a candidacy in France is a necessary formality for each presidential election.

The vote is expected to boil down to a duel between Le Pen and Macron, as it was during France's last presidential election in 2017.

MEXICO CITY -- The new U.S. ambassador to Mexico arrived in the Mexican capital Saturday promising to work together with officials here to address common challenges such as the pandemic and migration.

Ken Salazar will meet in the coming days with President Andres Manuel Lopez Obrador to present his credentials as ambassador.

"We'll work to ensure we have a migration system that works both for the United States and Mexico," Salazar said in Spanish after arriving at the Mexico City international airport. He didn't answer questions.

Salazar arrived in Mexico two days after top advisers to presidents Joe Biden and Lopez Obrador met in Washington to restart a high-level economic talks. Officials said they are eager to advance on topics as migration, infrastructure and trade.

Migration has remained a particular issue for both countries.

In Mexico, Lopez Obrador has faced criticism in recent weeks over images of Mexican immigration agents and National Guard troops clashing sometimes violently with migrants in the southern state of Chiapas. The migration pressure in southern Mexico as well as at the U.S.-Mexico border led Lopez Obrador to renew his effort to persuade the U.S. to commit funding to social projects he has implemented in southern Mexico that he says could be expanded to Central America.

Lopez Obrador said he sent a letter to Biden suggesting that people participating in the programs should also be offered work visas in the U.S. 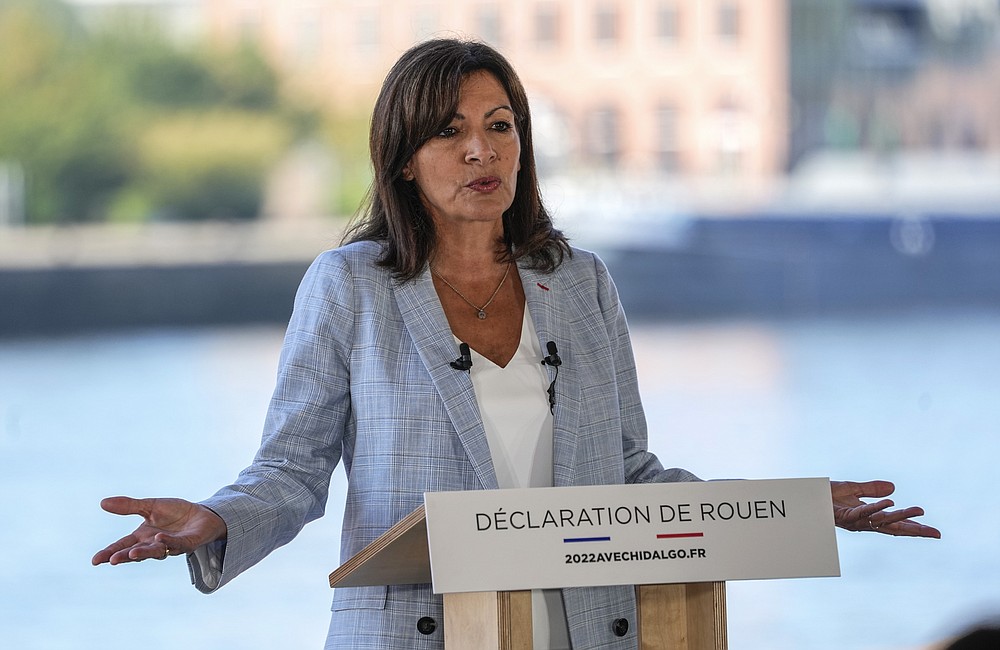 Socialist mayor of Paris Anne Hidalgo gestures as she announced her candidacy for the upcoming presidential election in France next year during a meeting in Rouen, Normandy, Sunday, Sept. 12, 2021. French far right leader Marine Le Pen hands over the reins of her party to focus on her campaign for the April presidential election, and the Socialist mayor of Paris declares she is joining the 2022 race. (AP Photo/Michel Euler)