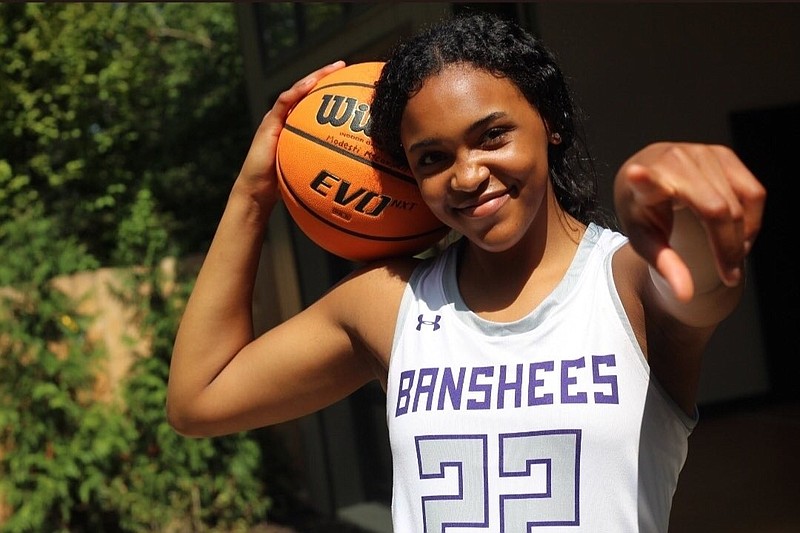 ESPN 4-star guard Ysabella Fontleroy couldn’t pinpoint a highlight of her official visit to Arkansas over the weekend because everything about the trip could be classified as one.

“I don’t know if there wasn’t a part that wasn’t a highlight,” she said. “Even just sitting at the office just talking to all the coaches. It was just a really good time and it feels like a home environment every time I go to campus and get to be in the gym with everyone.”

She attributes the home feeling of Arkansas to her long relationship with Mike Neighbors and his staff.

“I’ve known them for so long, I don’t think there’s anything about me they don’t know at this point,” she said. “They’re just really, really good people and I feel like we get each other. I feel like Coach Neighbors and I, it’s like unspoken at this point. We just know.

“Nothing ever feels forced with them. It just really feels like we connect on more than just the surface level.”

Fontleroy’s father, Will, and mother, Carolyn, and younger brother, William III, also made the trip to Fayetteville.

Will Fontleroy was a four-year starting guard at Missouri State in the late 1990s and was inducted into the university's athletic hall of fame in 2019. He helped the Bears reach the 1999 Sweet 16, and he finished his career with 1,133 points, 370 rebounds and 471 assists.

Her mother also played basketball for Missouri State and helped the Bears to the 2001 Final Four.

“It just felt like hanging out with friends and people I know,” Will said. “It was just a real relaxed, comfortable vibe with no pressure. Dealing with Bella, a lot of people want things and he never put any pressure on us.

"He just let us hang out. Lacey and Pauline are awesome. Coach Schaffer was there. We just had a blast.”

Will appreciated Neighbors and his staff for creating a no-pressure weekend.

“It was a great feeling because we know at the end of the day they really want something from the kid, but not having that pressure of feeling like you have to do something now. You have to make your decision now,” Will said. “A lot of people will put pressure on you to commit on your visit.

"Nope. They just let her be as comfortable and relaxed as we wanted it to be.”

“Those are my favorite people because we’ve known each other for so long,” said Ysabella, whose host was Dauda. “Whenever I get back with them it’s literally like the old days when we used to play AAU together.

"We can be apart for a while, but when we get back together we never really miss a beat.”

She’s made several unofficial visits to Fayetteville, including some for football games. The atmosphere for the Texas game was different.

“I’ve been to a few Arkansas football games, but I don’t think there was any with this much energy and hype around it,” she said. “I saw Horns down everywhere.”

Will said his son was well taken care of during the visit.

“They made sure he was comfortable and had what he needed while we were taking care of some business. It didn’t really feel like business,” he said.

Baylor will make an in-home visit with her on Wednesday. She and her family will then travel to Virginia Tech for an official visit this weekend.

She will make an official visit to Arizona the following weekend, and Texas Tech and Baylor will be her last two official visits.

Her college decision will likely come before the early signing period that runs Nov. 10-17.

“Hopefully before our first game,” she said.