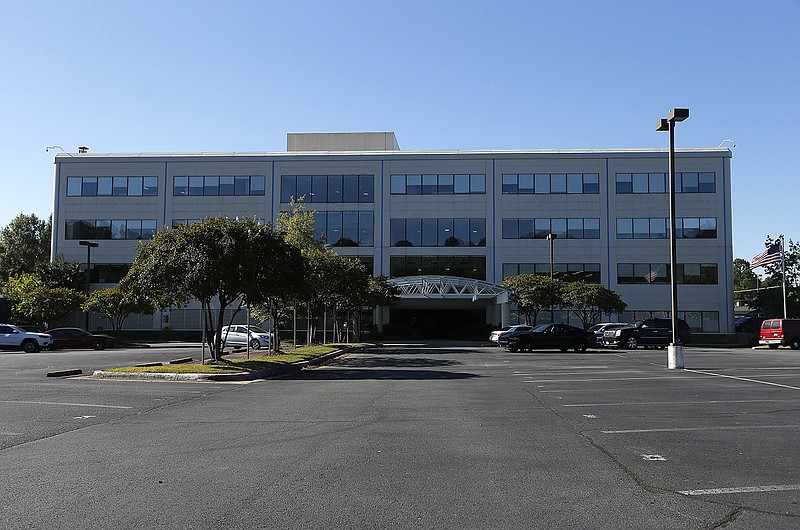 In less than a year, many North Little Rock city employees will say goodbye to their downtown office as the city plans to relocate about 150 workers to a larger and updated office building about 2 miles north.

The city will purchase the four-story building from Arkansas Blue Cross Blue Shield for $5 million after the council approves the deal. The resolution approving the purchase is sponsored by all eight members of the city council and has the backing of Mayor Terry Hartwick, meaning today's vote will likely be a formality.

The building is located at 515 West Pershing Blvd., about two miles north of North Little Rock City Hall. Hartwick said the city will move about 150 employees to the office, mostly those who work in the city services building located at 120 N. Main St.

Employees from the City Attorney's office, Human Resources, the City Engineer, the City Community Development Department, among others, will relocate. The office will also serve as a training space for the North Little Rock Fire Department.

For Hartwick, the move comes down to costs. The new office has what the city services building doesn't -- more space, better security and more modern infrastructure for information technology equipment.

"The City Services building, it has problems. I'll put it that way," Hartwick said. "So, this is the perfect opportunity to move us and we have plenty of room to move 150 employees with room to spare."

In 2016, Kroger closed its store on 900 West Pershing Blvd., and many nearby restaurants also have shut their doors. Crime in the area is also an issue, said Mike Davis, the former North Little Rock police chief and who is now deputy chief of staff for Hartwick.

City officials hope the move will have a side benefit of revitalizing the area, especially since the city plans to open in December its new Justice Center, which will house the city's police department under one roof.

"We are just really trying to consolidate our footprint and that's why, you know, we no longer needed that building," said Max Greenwood, vice president of government and media affairs for Arkansas Blue Cross Blue Shield.

The purchase of the building will be paid out of the city's general fund and won't be financed. Hartwick said the city plans to sell the City Services Building along with the Greyhound Bus station in Argenta.

While there are no buyers yet, Hartwick said he hopes the sale of the City Services Building and bus station spur growth downtown.