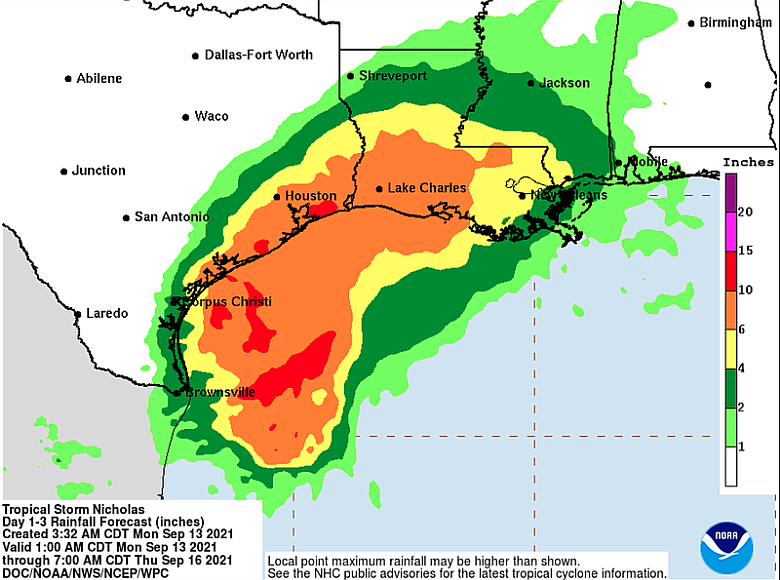 Forecasters on Monday predicted a chance for rainfall this week as Tropical Storm Nicholas nears the coast of central Texas.

The storm is expected to make landfall Monday afternoon or evening and move inland across southeast Louisiana, according to a Monday morning briefing from the National Weather Service.

Arkansas may see rain as a result of the storm’s path mid-to-late week, the briefing states. According to the briefing, tropical storm force winds appear unlikely in the state as of Monday.

Forecasters said the storm is not an immediate threat to Arkansas, though any potential impacts would depend on changes in the forecast track.