OPINION | WORK DAZE: Turn that CV no-no into a yes-yes-yes 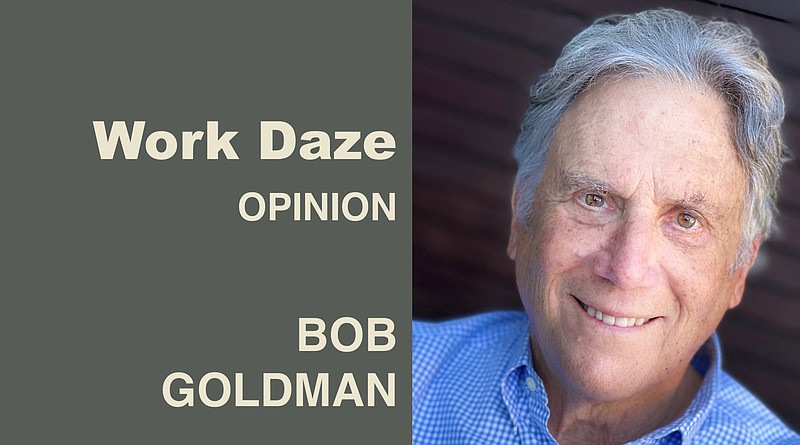 What could be more annoying than someone who calls their resume a CV?

You know what a CV is, of course. According to Wikipedia, it's "a curriculum vitae, Latin for 'course of life,' often shortened to CV, a short written summary of a person's career, qualifications, and education."

In other words, a resume.

At least, that's what we called it on the playground.

Andrew Fennell, a contributor to Forbes, obviously spent his playground days on the fields of Eton. A "former London recruiter, founder and director of StandOutCV," Fennell wouldn't lift a pinkie to fix a resume, but when it comes to CVs, he's hands-on, 100%.

And, I have to admit, in his recent posting, "Five Damaging CV Issues and How to Fix Them," he comes up with some jolly good ideas.

Consider the case of the "job hopper." Fennell believes that "if you've had a large number of roles in a short period of time, this is not necessarily a bad thing, but it can be off-putting for employers if not explained correctly."

The correct explanation does not include the real reasons you hopped away, so don't even bother providing chapter and verse on dim-bulb managers, jealous co-workers or the ridiculous dress code that prevented you from wearing your bathrobe in the office. Instead, focus on "what you achieved during your time in these roles."

For example: "I was only at the Overflowing Love & Forgiveness Candle Company for two weeks, but during that short time, absolutely every single person in my department hated my guts and refused to work with me."

Now, that's an achievement that will really brighten up the old CV.

Having "gaps in your employment history" is another CV no-no that can be turned into a yes-yes.

"Plenty of people go through periods of unemployment," Fennell writes. "This could be due to illness, redundancy, caring for others, travel or any number of other reasons." ("Redundancy" is another Britishism. It means that management has suddenly realized your job is not essential, which is hardly fair, since that's exactly why they picked you to do it.)

Again, the way to manage a black hole in your resume is to explain what you gained during the employment void. This could be "new skills such as a new language or cultural awareness."

For example, if you were honest about the 18 months you didn't work because you were serving a prison sentence for embezzlement, it could be considered a negative, unless, of course, you were applying for a job on Wall Street. Instead, focus on the cultural awareness gained during your incarceration, when you mastered expressions not taught at Harvard Business School, like "bum beef," false accusation; "wolf tickets," tough talk; or "cowboy," a new correctional officer.

Your newfound language skills will be seen as highly useful, especially when seeking a position in human resources.

If the problem with your CV is a lack of experience, "you need to highlight the transferable skills from other aspects of your life. These could be your hobbies, education, volunteer work or any personal projects you worked on."

This resonates, right? What major U.S. corporation would not be impressed by the ingenuity of your knitting hobby -- a sweater with three arms? Talk about thinking outside the box! And do highlight your selfless volunteer work improving the economies of less fortunate nations by secretly transferring the balances in your previous company's retirement accounts to the Cayman Islands. Your new employer could be very interested, indeed.

With all the explaining, wheedling and begging you'll have to do, it could be that your CV also has the problem of being so long "it could actually be damaging your chances of scoring an interview." For many people, this is a realistic concern. They're so dull even the computer reading their resumes can get bored.

Still, for a person as fascinating as you, a CV couldn't possibly be too long. That's why I suggest you throw in everything, particularly the report you wrote in fifth grade about your family's trip to Legoland. It was a magnificent piece of work, and it's definitely been downhill since then.

A final word from Andrew Fennell is "highlight your transferable skills, like communication, problem-solving and critical thinking."

As you have none of these skills, spotlight your major contribution to any firm that ever offered you employment: You're fun at office parties.

Any company not looking for this quality is not a place you want to work.

And that, cowboy, is no bum beef.

Bob Goldman was an advertising executive at a Fortune 500 company. He offers a virtual shoulder to cry on at 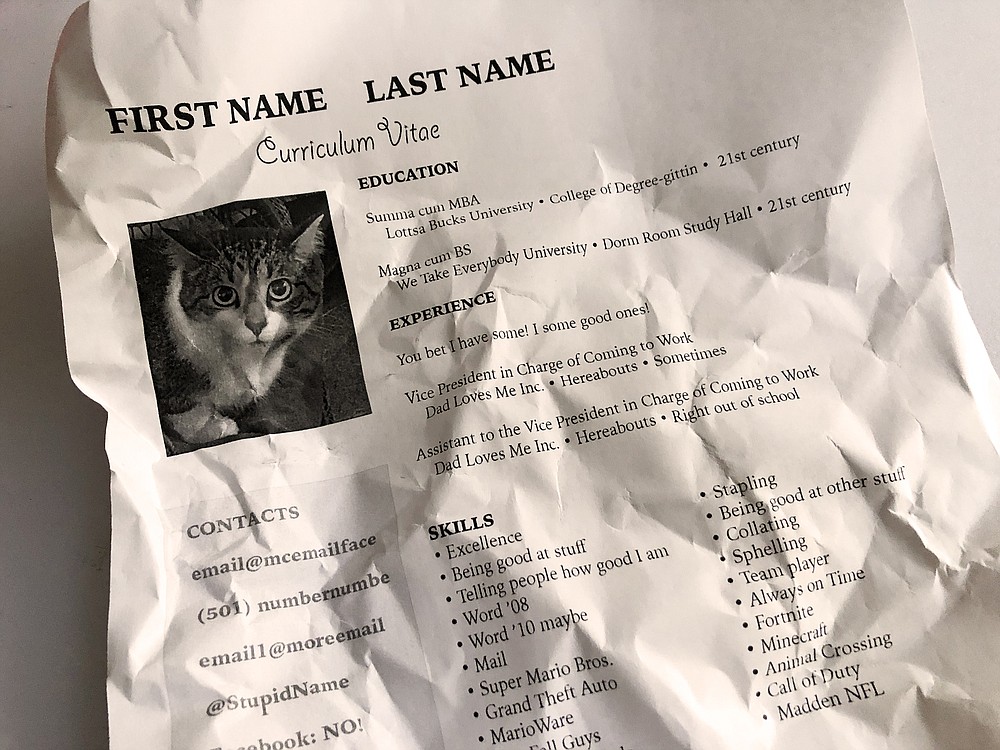 Print Headline: Turning a CV no-no into a yes-yes