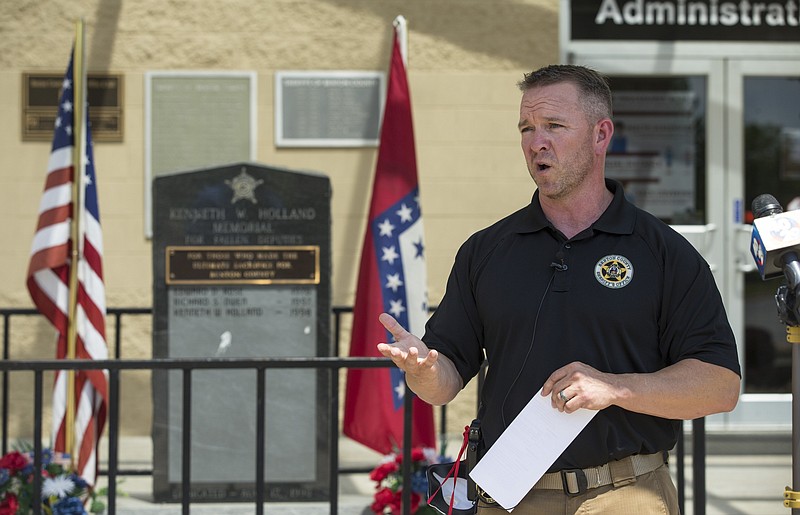 BENTONVILLE -- Benton County Sheriff Shawn Holloway announced Tuesday that he would not enforce any vaccine mandate in the county.

"I feel this decision is the individual's choice and constitutional right to decide," Holloway said in a news release. He said he will not force employees of the Sheriff's Office or county citizens to be vaccinated because of "unconstitutional vaccine mandates."

The sheriff opposed mask mandates in the county last year and similarly declined to enforce them at the time, the release states.

"I do not have an issue with someone getting a vaccine or choosing not to get a vaccine," the release states.

[POLL: Tell us what do you think about the Sheriff's statement: nwaonline.com/915vaccinemandate/]

President Joe Biden announced new covid vaccine mandates Thursday designed to affect tens of millions of Americans, including an order to all businesses with more than 100 employees to require their workers to be inoculated or face weekly testing.

There are no criminal penalties associated with any vaccination mandates that have been issued.

Republican leaders, and some union officials, say Biden is overreaching his authority.

Walmart said in late July it was requiring all workers at its headquarters in Bentonville, as well as its managers who travel within the U.S., to be vaccinated against covid-19 by Oct. 4. But the company had stopped short of requiring shots for its frontline workers.

This story has been updated. It was originally published at 1:07 p.m.