Book 'A Murder in Searcy' takes new look at 1974 killing, investigation and trials 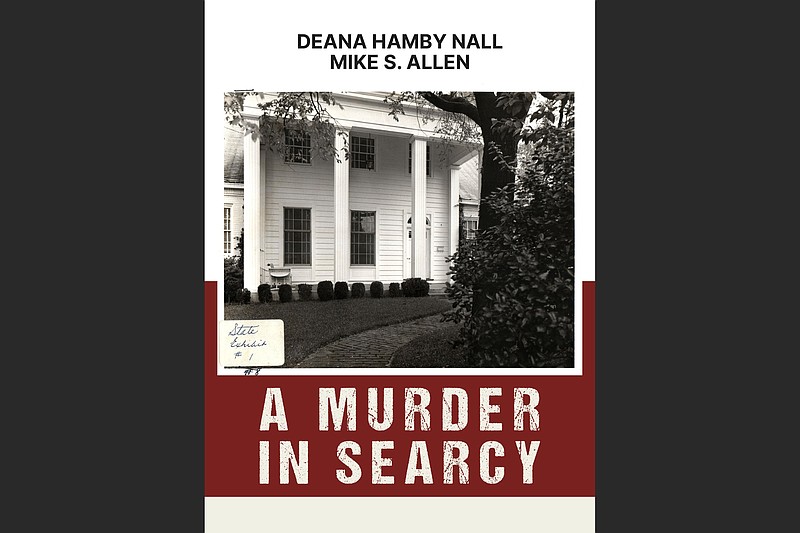 “A Murder in Searcy,” by Deana Hamby Nall and Mike S. Allen (Special to the Democrat-Gazette)

A recent book tells the story of the 1974 murder of Fern ­Rodgers and the trials of her husband, Dr. Porter Rodgers and his young girlfriend that stunned the usually quiet town of Searcy.

"A Murder in Searcy," by Deana Hamby Nall and Mike S. Allen, is a meticulously reported look into the slaying of Rodgers, who was found dead at her grand home on Race Avenue in Searcy on the morning of Sept., 26 1974, with two gunshot wounds to her head.

Police quickly honed in on her husband, his mistress, Peggy Jean Hale, and another suspect, Hale's former boyfriend Berry Kimbrell.

Dr. Rodgers, who was born May 6, 1904, in Cleveland County, married Fern Cowen in 1932 and began his medical career in Searcy. He and Fern had two children, Porter Rodgers Jr. and Anne.

He would eventually become the namesake of Porter Rodgers Hospital and ran a busy practice, but money struggles, fidelity issues and erratic behavior strained his marriage and the doctor left his family's home to live in a room at the Noble Motel in Searcy.

Peggy Jean Hale of Beebe was a 19-year-old waitress when Rodgers met her in 1972. The two began an affair and he hired her as his secretary in the fall of 1973.

A year later, Fern Rodgers would be murdered. The unfolding story of the suspects — the doctor, his young lover and Kimbrell — would be covered statewide and appear in a crime magazine and The New York Times.

Allen, 55, is a Searcy native and remembers the commotion around the case.

"I was about 8 years old at the time," he says last month from his home outside Washington. "I have vague memories of conversations at the dinner table with my family. I knew there was talk in the community and news coverage and my dad would talk about it from time to time."

Allen, the author of the 2011 memoir "Growing up Church of Christ," had maintained an interest in the Rodgers case over the years.

"After I'd published my first book, I was thinking of what to do next and this had stuck with me," he says. "It was a story that was significant. It picked up some national coverage and it was well known in Central Arkansas. As we dipped our toes into it and got to know people involved, we got a lot of support."

Nall, 50, is a freelance writer originally from Beaumont, Texas, who lives in Bryant and teaches English at Pulaski Technical College in North Little Rock. She also grew up in the Church of Christ and connected with Allen through his blog related to his memoir.

Around 2013, Allen pitched the idea of a book about the Rodgers murder to her.

"I had been to Searcy and I knew that it was this small town with conservative values, so when you find out something like this happened there it's pretty shocking, even this many years later," she says.

Allen and Nall dug through police interviews, court transcripts and interviewed people connected with the case, including investigators and journalists.

Nall says she did reach out to Hale, the only survivor of the three co-conspirators, but she declined to be involved.

"That was a real honor for me," he says.

The 328-page self-published book is stripped of any filigree. Instead, Nall and Allen relay the story mostly in present tense and in a just-the-facts sort of way. It begins with the discovery of Fern's body and takes off from there, spanning dozens of chapters, some less than a page long, with titles like "Tuesday," "Opening Statements" and "Peggy." The result is a hard-to-put-down account that should seem dry, but isn't.

"I've written a lot of newspaper and magazine feature stories," Nall says. "Early in the process, I knew I wanted it to start with something that would get the reader's attention. From there, we went back in time and told the story leading up to the murder and then the trial."

The reader is right there when an investigator crawls under Hale's mobile home to search for a bullet slug, or when a scuba diving officer is trying to find a pistol in a muddy creek, or when prosecuting attorney Gene Raff is grilling Rodgers on the stand.

"It was kind of like cutting quilt squares and putting them in a box," he says. "We talked about writing this as if we had a camera set up in the room and what the is camera capturing, and then watching as it unfolds."

Nall, who as a teenager became enthralled by true-crime reporting in Texas Monthly, says stories of murder and violence "are part of the human experience, unfortunately. I think these stories make us want to understand ourselves better. How does someone decide murder is the best way to go?"

The book could have easily leaned into the more salacious bits of the case; Nall and Allen don't go there.

"We wanted to be as respectful as we could to everyone involved," Nall says. "The fact can be lost that Fern Rodgers was a real person, there were people who loved her, she was a pillar in that community. What happened to her was horrific and she should not have died that way."

Now that the book is out in the world, Allen says, "you're always a little nervous when you put something out there, but for the most part this has been positive. We really wanted to provide this to anyone who wanted to look back and find out what exactly happened."