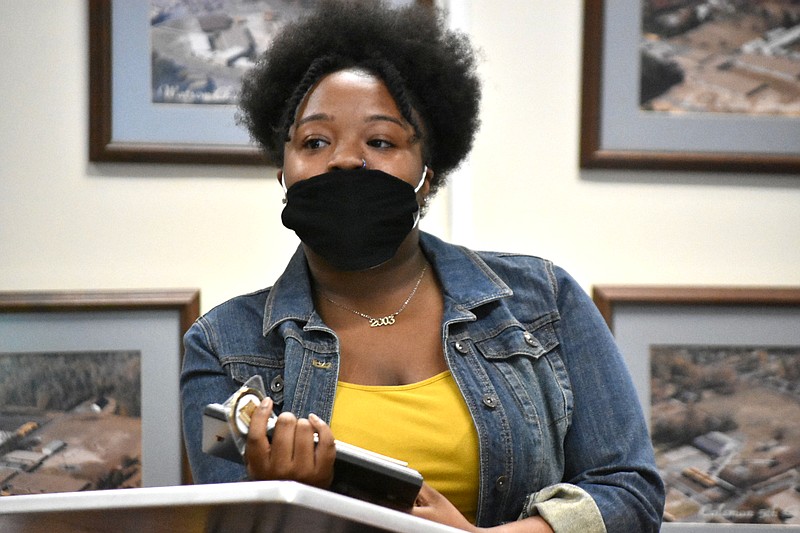 The Watson Chapel School Board will receive a safety and security audit from a Missouri firm within the next 30 days.

Steve Anderson, director of school safety and security solutions with Strategos International, completed a tour of each of the campus buildings last week and addressed the board during Monday’s regular meeting, advising them of the time frame.

“We’ve got some real good feedback coming for you in the near future,” Anderson said. “It’s obvious from our visit that this school district has done a lot of good things in the area of safety and security to try to improve the safety for your students, your security and your staff and entire community.” Superintendent Andrew Curry said safety and security was among his chief priorities for the district when he was selected on March 8 to replace Jerry Guess, one week after a shooting at Watson Chapel Junior High School claimed the life of Daylon Burnett, 15. A classmate, Thomas Quarles, 15, will stand trial as an adult on a capital murder charge.

“Strategos International is made up of a lot of veterans from law enforcement, the military, education, private security, and they’re actually one of the largest trainers in school, church and business safety and security in the nation,” Anderson said, adding the firm has trained 150,000 employees in those sectors since 2002. Anderson hired Strategos when he was superintendent of the Lake Hamilton School District, near Hot Springs.

One of two students who were arrested at Watson Chapel High School on suspicion of firearm and drug possession on Aug. 17 was expelled from school for one year following a hearing in executive session Monday. He was identified as a passenger of the vehicle that was searched following an anonymous tip on the second day of class, but was sent home following the arrest.

The other student, identified as the driver and owner of the vehicle, was booked into the Jack Jones Juvenile Detention Center on charges related to the weapon and drugs.

The bullet points of the plan included its theme to inspire, build relationships and hold adults accountable while closing the achievement gaps and providing enrichment opportunities; the mission, vision and goals; the district organization and the accountability to it; the data and accountability to it; and the curriculum focus.

Spain shared among the data the letter grades each district campus received from the Arkansas Department of Education during the 2018-19 school year, D’s for Edgewood Elementary (grades K-1) and Watson Chapel junior and senior high schools; and F’s for L.L. Owen (grades 2-3) and Coleman Intermediate (grades 4-6).

“What we see here is not acceptable for our focus,” she said. “Our focus is to focus on students, to improve the student successes, which increase our scores.” The Education Department did not issue letter grades for 2019-20, citing a “substantial disruption to on-site instruction, assessment, accountability and reporting” caused by covid-19. Letter grades for the 2020-21 school year will be issued Oct. 15.

Ashcraft is an Arkansas delegate for the Congress of Future Medical Leaders. According to a letter sent to Ashcraft, the Congress honors academically superior high school students dedicated to the service of humanity through medicine. Honorees are selected based on leadership potential and “a desire to contribute to the profession of medicine as a physician or medical scientist (as a biologist, engineer, software or hardware technologist, or mathematician)” and must post a current or cumulative 3.5 grade-point average to attend.