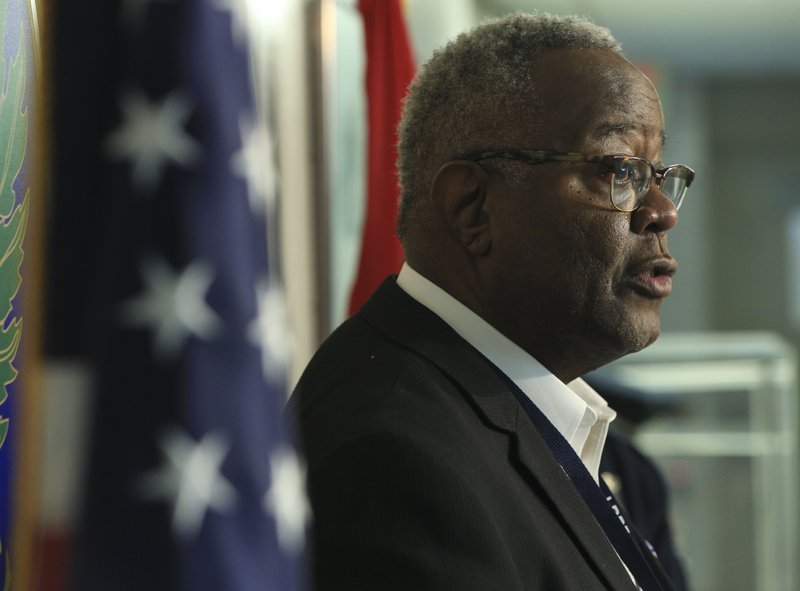 An internal city of Little Rock email released by court order Monday claims that Little Rock Police Chief Keith Humphrey and two other police officials racially discriminated and retaliated against an officer earlier this year, resulting in his termination.

On Friday, Pulaski County Circuit Judge Tim Fox ordered the city to release some underlying materials related to an investigation of Humphrey to attorney Robert Newcomb, who represents several officers that have sued the chief and the city.

Among other documents, the order requires the city to release emails from Arkansas Tech University professor Loretta Cochran to several individual city officials about an adverse employment action against former officer David Mattox by close of business Monday.

The city hired Cochran in a temporary part-time capacity to work through a backlog of human resources reviews, a mayoral spokeswoman said in late July. Cochran prepared a final report tied to the investigation into Humphrey after internal complaints from police personnel.

"Just to reiterate my previous guidance, it is my opinion that the termination of Officer Mattox is a clear indication of racial discrimination, hostile working conditions, and retaliation by Lt. Brittney Gunn, Asst. Chief Crystal Haskins, and Chief Keith Humphrey," the email, provided to the Arkansas Democrat-Gazette by Newcomb, reads.

"This ill-advised decision will most likely contribute to a continuing destabilization of the LRPD. IT also exposes the City to an ever increasing damages award, should Officer Mattox (and/or several other LRPD personnel who have been targeted for harassment & retaliation by the Chief and his allies) elect to take this to court. I only pray that no lives are lost due to this ongoing but preventative [sic] crisis."

Witherell wrote back to Cochran on the same date that she had shared Cochran's concerns with the city manager.

City officials have acknowledged but not fulfilled a public records request from the Democrat-Gazette on Tuesday for the emails.

Mattox was fired recently after Humphrey sustained findings of untruthfulness and unauthorized investigation. The violations were tied to a police investigation into a man suspected of exposing himself to women. Mattox's wife was reportedly one of the victims.

It's the most recent development in a series of escalating fractures in the Little Rock Police Department between Humphrey and many rank-and-file officers as well as command staff at the agency.