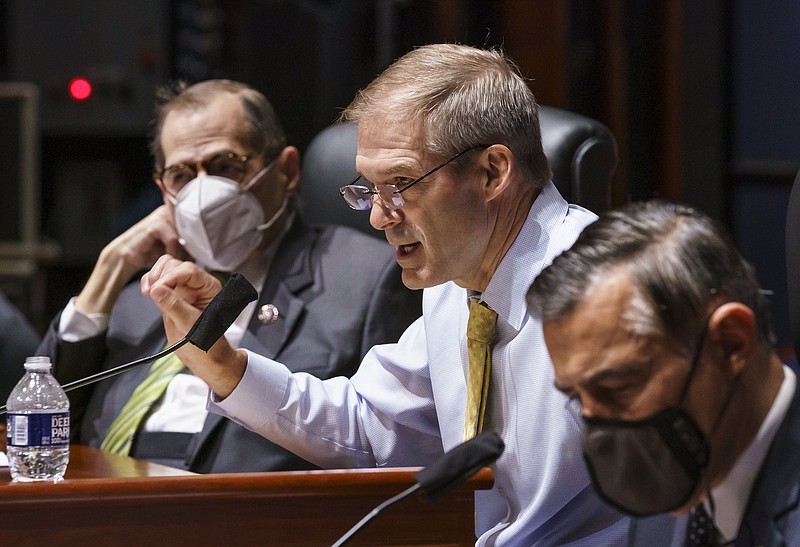 For big businesses, the proposal would lift the corporate tax rate from 21% to 26.5% on incomes beyond $5 million, slightly less than the 28% rate the president had sought.

In all, the tax increases are in line with Biden's own proposals and would bring about the most substantive changes in the tax code since Republicans with then-President Donald Trump slashed taxes in 2017. Business and anti-tax groups are sure to object, but Democrats are pressing forward.

Rep. Richard Neal, D-Mass., the chairman of the tax-writing Ways & Means Committee, said the proposals, taken together, would "expand opportunity for the American people and support our efforts to build a healthier, more prosperous future."

It's an opening bid at a daunting moment for Biden and his allies in Congress as they assemble the package that is expected to become one of the largest single domestic policy measures considered in decades. The president's "Build Back Better" plan includes spending on child care, health care, education and strategies to confront climate change.

It is an ambitious undertaking on par with the Great Society or New Deal.

Republican critics decry the sweep of Biden's plan, suggesting it slopes toward a Western European-style socialism. They particularly reject the taxes required to pay for it, bristling because it would reverse the GOP tax cuts that were approved just a few years ago.

[Video not showing up above? Click here to watch » https://www.youtube.com/watch?v=PfXIKiVXeLI]

All GOP lawmakers are expected to vote against it. But Republicans are largely sidelined as Democrats rely on a budget process that will allow them to approve the proposals on their own, if they can muster their slight majority in Congress.

Democrats have no votes to spare to enact Biden's agenda, with their slim hold on the House and the Senate split 50-50 and Vice President Kamala Harris the tiebreaker if there is no Republican support. Democratic congressional leaders have set a target of Wednesday for committees to have the bill drafted.

One Democratic senator vital to the bill's fate claims the cost will need to be slashed to $1 trillion to $1.5 trillion to win his support.

Sen. Joe Manchin, D-W.Va., has suggested it's time for a "strategic pause," and cautioned there was "no way" Congress will meet the late September goal from House Speaker Nancy Pelosi, D-Calif., for passage, given his wide differences with liberal Democrats on how much to spend and how to pay for it.

"I cannot support $3.5 trillion," Manchin said Sunday, citing in particular his opposition to raising the corporate tax rate above 25%, a figure he claims will keep the U.S. globally competitive.

Manchin is not alone, as other centrist lawmakers have raised concerns.

Democrats from high-tax, heavily Democratic states like New York, New Jersey and California are pushing for a repeal of the $10,000 cap on state and local tax deductions that was imposed by the 2017 Trump law. Neal indicated Monday that the issue is under serious consideration.

Finding compromise will be a daunting project as progressives, including Sen. Bernie Sanders, I-Vt., are angling for the most robust package possible. As chairman of the Budget Committee helping to write the bill, Sanders has noted that he and other members of the liberal flank had initially urged an even more robust package of $6 trillion.

"For me, this is not a particular number, but it is making sure that we meet this moment," said Rep. Katherine Clark, D-Mass., a member of House leadership. "The pandemic has shown us that we cannot continue to have an economy of haves and have-nots."

The White House welcomed the preliminary tax plan, which keeps to Biden's promise not to tax anyone making less than $400,000. The proposal "makes significant progress towards ensuring our economy rewards work and not just wealth," deputy press secretary Andrew Bates said.

The House tax proposal was pitched as potentially raising some $2.9 trillion, a preliminary estimate -- but it would go a long way toward paying for the $3.5 trillion legislation. The White House is counting on long-term economic growth from the plan to generate an additional $600 billion to make up the difference.

Information for this article was contributed by Hope Yen and Josh Boak of The Associated Press. 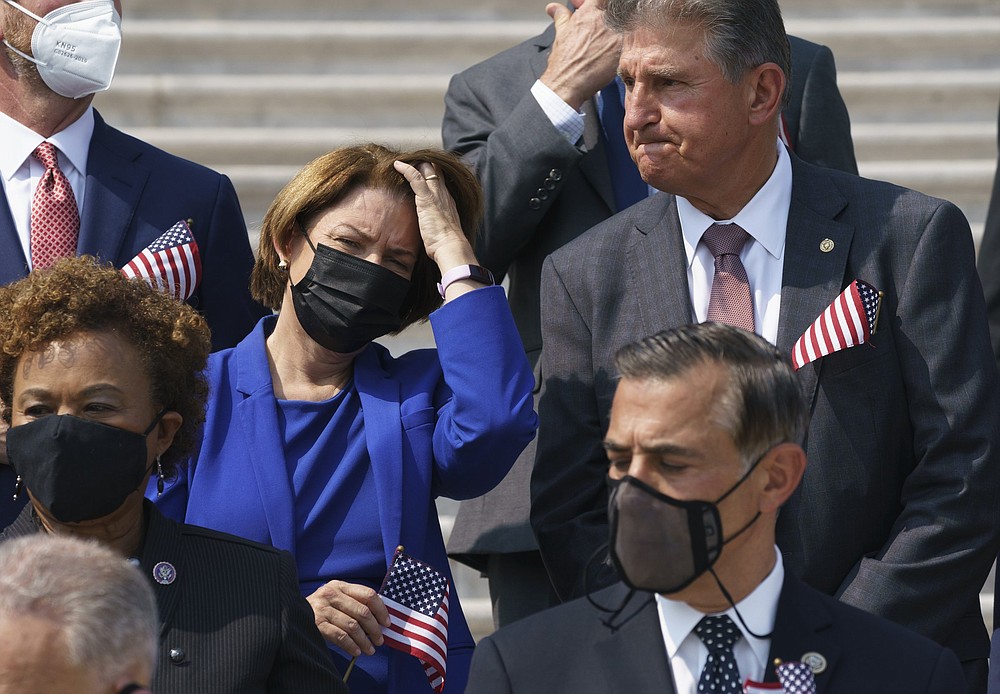 Sen. Amy Klobuchar, D-Minn., left, and Sen. Joe Manchin, D-W.Va., stand on the steps of the Capitol during a Sept. 11 remembrance ceremony, in Washington, Monday, Sept. 13, 2021. As congressional Democrats speed ahead this week in pursuit of President Joe Biden's $3.5 trillion plan for social and environmental spending, Manchin, a Democratic senator vital to the bill's fate, says the cost will need to be slashed to $1 trillion to $1.5 trillion to win his support. (AP Photo/J. Scott Applewhite)