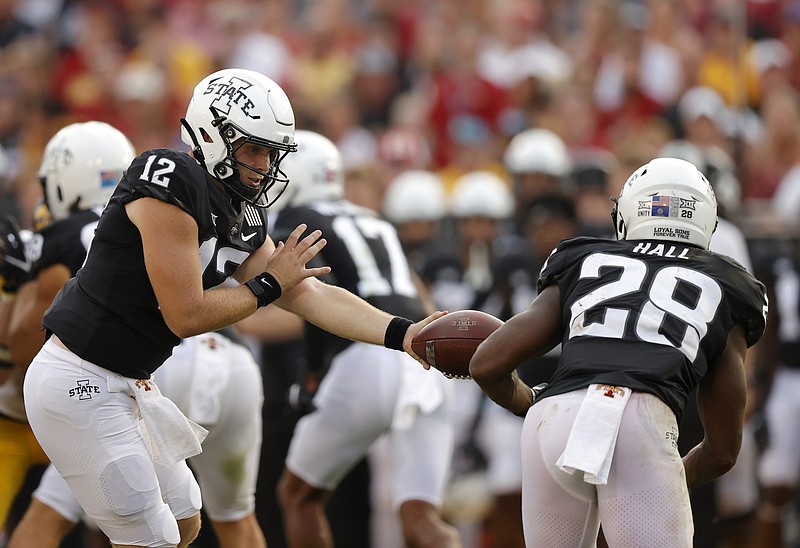 A ho-hum win over an FCS opponent and a crushing loss to rival Iowa have left Iowa State looking for answers as it prepares to go on the road to play UNLV.

"I just feel like we're pressing too much and we're not having fun like we were," running back Breece Hall said Tuesday. "In a way, I feel like we may have been trying to live up to all the expectations when we should only be worried about the expectations we have for each other and for ourselves."

Hopes were high for the 14th-ranked Cyclones coming into the season. They made it to the Big 12 Championship Game last year, beat Oregon in the Fiesta Bowl and earned their highest preseason ranking at No. 7.

But they struggled to beat Northern Iowa 16-10 and then, in the biggest home game in program history, turned over the ball four times in a 27-17 loss to the Hawkeyes.

Fair or not, much of the blame has fallen on fourth-year starting quarterback Brock Purdy. He was pulled from last week's game early in the fourth quarter after throwing three interceptions. He's yet to throw a touchdown pass this season.

"That's gut-wrenching when it doesn't go your way, and some of the things that happened in the game aren't on you as the quarterback but everyone's perception is that it is," Coach Matt Campbell said. "The reality of it is that it's tough to play that position. He's played it four years, and he knows how to handle tough times."

Campbell said the Cyclones are going to ride with Purdy, who has more wins than any quarterback in program history and is on the cusp of becoming the Cyclones' all-time leader in passing and total offense.

"I have a lot of trust in Brock," flanker Jared Rus said. "I'm not worried about him at all. He's one of the best players to ever play here. We have to have his back and make sure everything is good, and we're going to come back ready to play."

Purdy has not spoken to the media since the preseason. Hall, his roommate, said Purdy was frustrated after the Iowa game and spent the hours afterward watching a movie alone in his room rather than watching football with Hall.

"That's what comes with being a quarterback, the good and bad," Hall said. "Whether the team wins or loses, it's going to all be on Brock. He stays humble with it. He's going to have a bad game and that's just what it is. Brock is fine."

The Cyclones' offense is second to last in the Big 12 at 337 yards per game, about 100 yards under its 2020 average. ISU has gone three plays and out on seven of its 25 possessions and four other non-scoring drives lasted no more than five plays. The Cyclones' four plays of 20 yards or longer ranks last in the conference.

Hall rushed for a nation-leading 1,572 yards and had nine games with at least 100 yards last season. He opened this season with two straight 69-yard games, he's averaging only 3.5 yards per carry, and he had a fumble against Iowa.

Slow starts are nothing new for Iowa State, and there is an opportunity to get rolling against a UNLV defense that gives up 468 yards and 36 points per game to rank near the bottom of the FBS.

"I just feel the same as last year," Hall said. "We didn't want it to happen this year but sometimes that's for the best. Sometimes teams need to get that loss or get smacked in the mouth a little bit before they really reach their stride, so I'm excited to see how we bounce back." 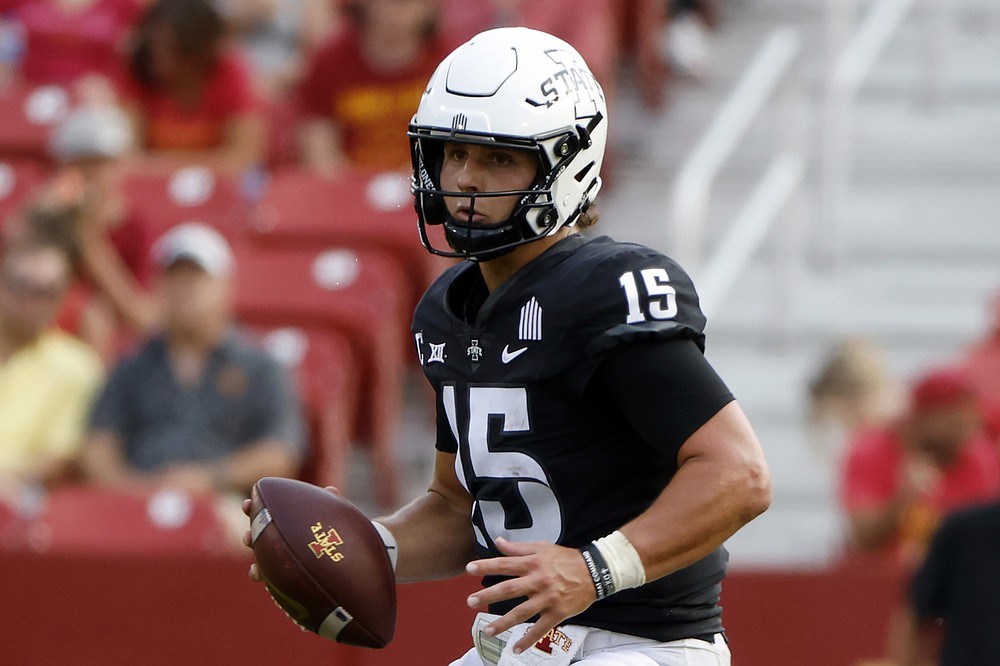