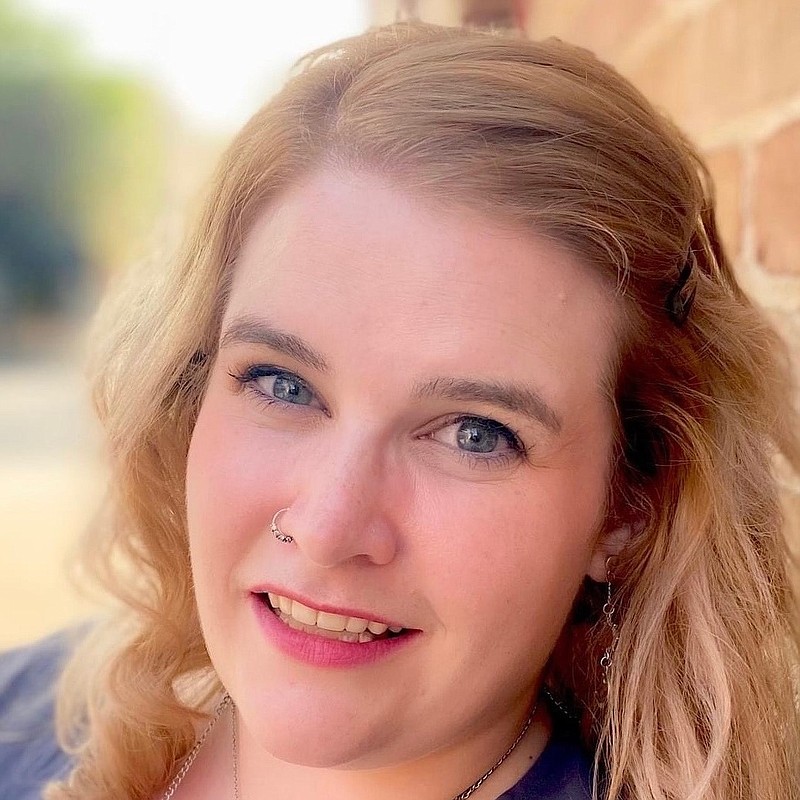 As the first to direct a play at the Arts and Science Center for Southeast Arkansas's new Adam B. Robinson Jr. Black Box Theater, Kayla Earnest of White Hall feels a little pressure.

But the seasoned director of "The Miracle Worker" and its cast of 16 are ready to take center stage Friday evening.

Earnest said the three-day run of the play is an opportunity for ASC to show off the theater that's inside the newly reconfigured and renovated Art Works on Main, 627 S. Main St.

As important is the fact that Earnest is paying back the instruction and inspiration she received as a teenager from the person for whom the black box is named.

In addition to directing "The Miracle Worker," Earnest was hired for the newly created ASC position, gallery/theater assistant for the ARTSpace On Main.

"I've dreamed of being able to support myself financially by working in theater, specifically in children's theater, my entire life. It just sort of fell into place perfectly... I love the community we are serving, and I love that I'm able to work in my happy place," Earnest said.

She didn't believe it would happen by 30. In the theater world, Earnest is young for a director. This position allows her to devote more time and energy to "The Miracle Worker."

Previously, she was a substitute teacher when needed for the White Hall School District. She enjoyed teaching but she needed a steady paycheck.

So when the ASC decided to hire a gallery assistant, Earnest approached ASC Executive Director Rachel Miller about the job.

"When I expressed interest in the position, Dr. Miller decided that it might be a good opportunity to hire someone for both the gallery and as a theater assistant," Earnest said.

The job is proving a great fit for her.

"Kayla is very detail-oriented and personal," Miller said about her decision to hire Earnest. "She's got a good eye for display, probably influenced by her experience as a stage manager."

Besides her theater responsibilities, Earnest is also working next door at the ARTSpace on Main, 623 S. Main St., in its gallery space.

"I love getting to talk to the artists and learn about their artwork, I love my coworkers. I was already close to most of them, because I've been a consistent volunteer for so long," she said.

Along with spending her teen years volunteering at ASC's theater in a variety of on-stage and behind-the-scenes roles, she said she felt ready when asked to direct "Mirror, Mirror on The Wall -- A Virtual Fractured Fairy Tale" last year.

"I first met Adam Robinson when I was about 18...Adam was definitely amazing. It's inspiring to see his legacy live on in programming geared towards these young people who will also go on to make a big impact themselves," Earnest said.

"The Miracle Worker" performances are scheduled for 7 p.m. Friday and Saturday, and 2 p.m. Sunday.