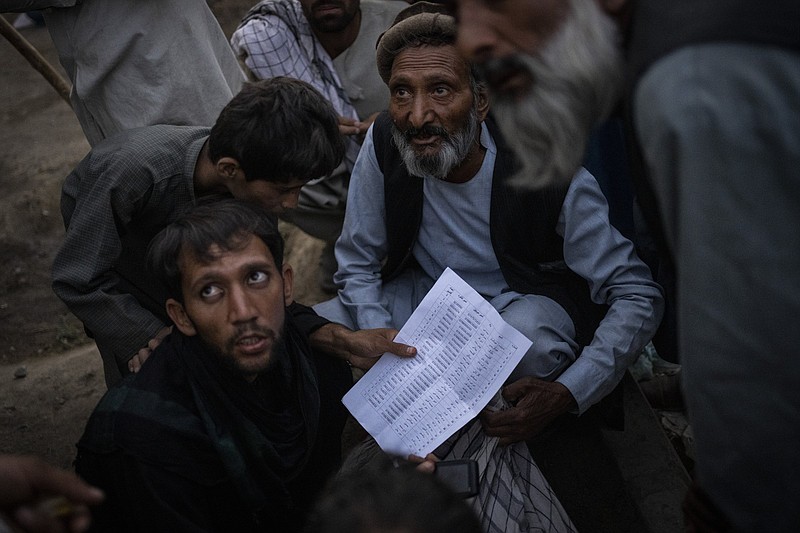 KABUL, Afghanistan -- Afghanistan's new foreign minister said Tuesday that the Taliban governing the country remain committed to denying militants the use of their territory to launch attacks. But he refused to say when or if the country's new rulers would create a more inclusive government.

The Taliban received sharp criticism last week after they announced a Cabinet made up entirely of men from their movement, including several on international terror lists. Taliban leaders previously had promised broader representation.

Asked on Tuesday if the Taliban would include women or ethnic and religious minorities in the government, Amir Khan Mutaqi, a longtime Taliban negotiator named as foreign minister, answered, "We will decide in time" but did not offer a commitment.

He underscored that the current government is ruling on an interim basis and said that when a permanent one is formed, "we will take into account what the people want." He would not give a timetable for a permanent government.

After the withdrawal of Western troops and the Taliban's return to power last month, the U.S. and its allies have used money, potential recognition and warnings of isolation to pressure them away from repeating their repressive rule of the 1990s. At that time, the Taliban imposed a harsh interpretation of Islamic law, including severe restrictions on women and minorities.

Mutaqi, responding Tuesday to a question about the eventual holding of elections, replied that other countries must not interfere in Afghanistan's internal issues.

However, the foreign minister did give the first confirmation of the new Cabinet's intention to honor a deal the Taliban reached with the U.S. last year.

Under the deal, the Taliban promised to break ties with al-Qaida and other militant groups and ensure they don't threaten other countries from the movement's territory.

"We will not allow anyone or any groups to use our soil against any other countries," Mutaqi said.

While ruling Afghanistan during the late 1990s, the Taliban sheltered al-Qaida and its chief, Osama bin Laden. Their refusal to hand over bin Laden and other al-Qaida members after the Sept. 11 terror attacks prompted the U.S. to launch a military assault that ousted the Taliban and led to a 20-year war in Afghanistan.

Many experts remain skeptical the Taliban have broken ties with al-Qaida. But al-Qaida has been significantly weakened, and Washington has made clear its top priority is preventing Islamic State attacks from Afghanistan.

Meanwhile on Tuesday, Secretary of State Antony Blinken continued to parry bipartisan congressional criticism of the Biden administration's Afghanistan withdrawal, as new intelligence estimates warned that al-Qaida could soon again use Afghan soil to plot attacks on the U.S., despite the Taliban's commitments.

Blinken had mixed results in a second day of tough congressional questioning, this time from the Senate Foreign Relations Committee. As a day earlier before the House Foreign Affairs Committee, he was assailed by Democratic and Republican lawmakers alike over the administration's preparation for and handling of the pullout.

Just three days after the 20th anniversary of the Sept. 11, 2001, terrorist attacks, intelligence officials presented an assessment that al-Qaida could begin to use Afghan territory to threaten America within one to two years.

Blinken said the administration would hold the Taliban to their promises not to allow Afghanistan to be used again as a base for terrorist attacks.

But as he spoke, U.S. intelligence officials said al-Qaida may be only 12 to 24 months from reconstituting itself in Afghanistan to pose a significant threat to the U.S.

Lt. Gen. Scott Berrier, who leads the Defense Intelligence Agency, gave that estimate while speaking at the Intelligence and National Security Summit. Meanwhile, David Cohen, deputy director of the CIA, said the U.S. already had detected "some of the indications of some potential movement of al-Qaida to Afghanistan."

Information for this article was contributed by Lee Keath, Matthew Lee and Nomaan Merchant of The Associated Press. 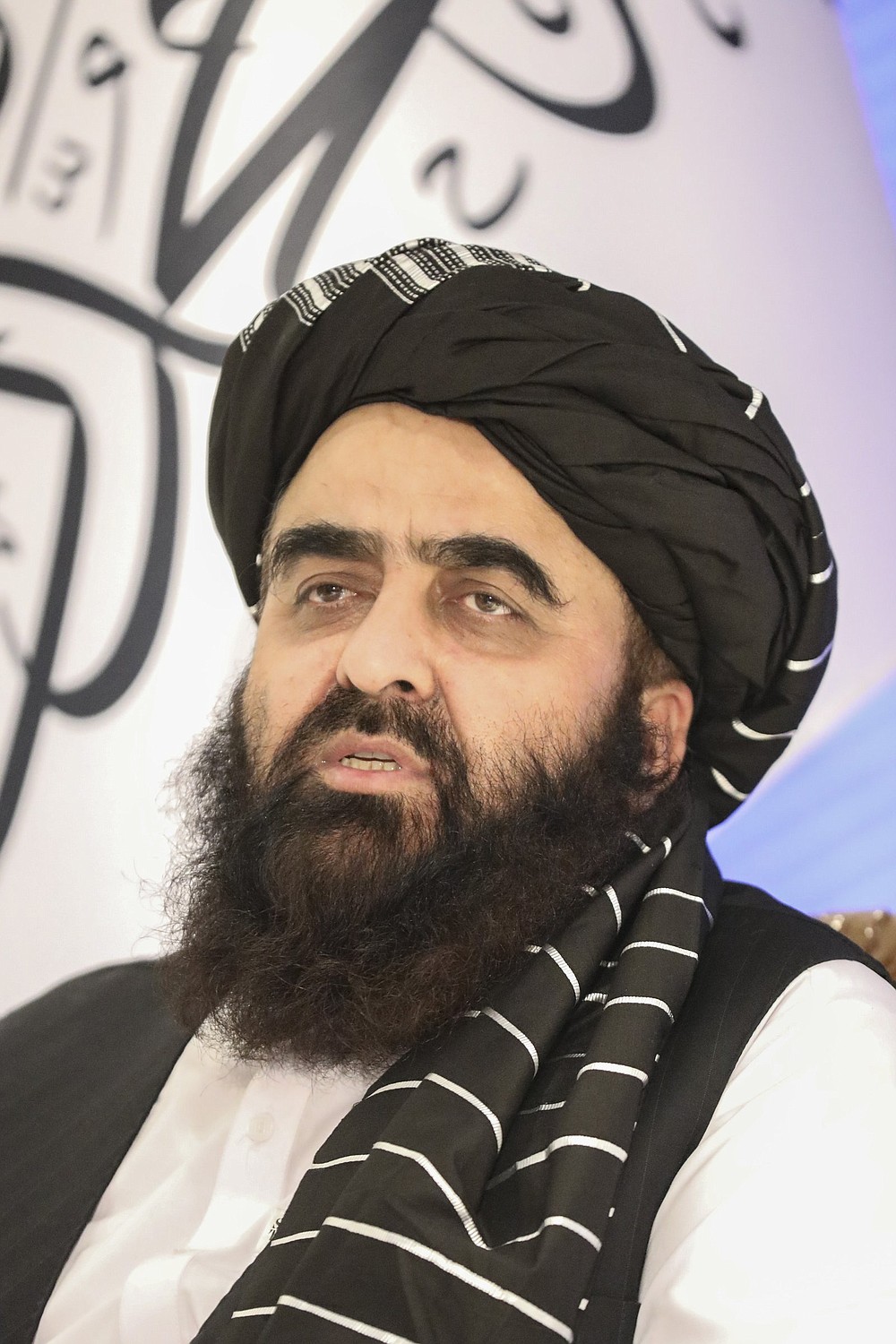 The foreign minister in Afghanistan?s new Taliban-run Cabinet, Amir Khan Muttaqi, gives a press conference in Kabul, Afghanistan, Tuesday, Sept. 14, 2021. Muttaqi said Tuesday that the government remains committed to its promises not to allow militants to use its territory to attack others. (AP Photo/Muhammad Farooq)