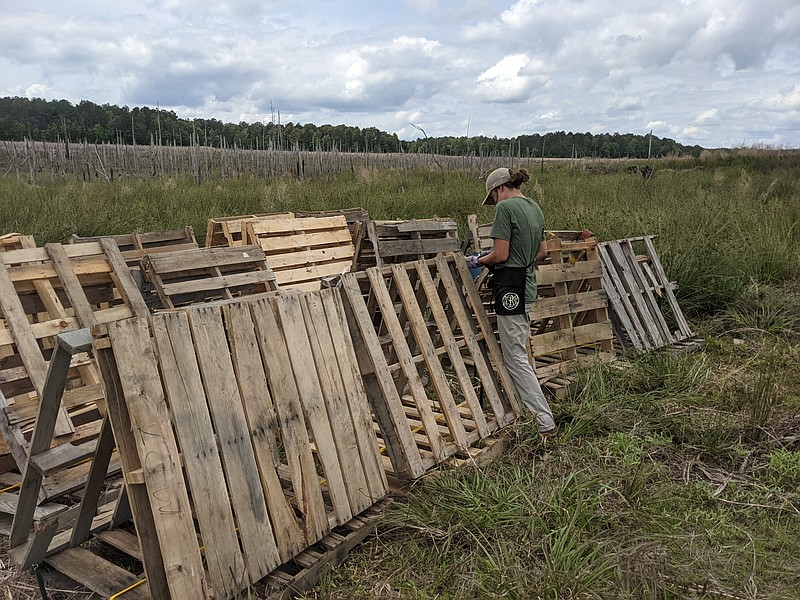 With summer's drying effect on the Lake Monticello lake bed, the Arkansas Game and Fish Commission has been able to proceed with restoration of the fishery habitat in the well known fishing destination in southeast Arkansas.

The lake was initially drawn completely down in October 2019. It took until July of 2020 for the bottom to dry sufficiently to move in heavy equipment to begin the work required to bring the fishery back to its original state of high productivity. At that time, 15 commission employees from across the state were able to put up several structures that increase fish habitat in the lake.

However, an abundance of rain and snow later in the year halted further progress. But now, after the reduced rainfall since June, good headway has been made, speeding up the timeline when the fresh water will again fill the lake to its banks.

Commission District 5 fisheries supervisor Kris Nault is responsible for care and upkeep of all public bodies of water in seven southeast Arkansas counties.

He recently gave an update on the Lake Monticello project.

"We've actually accomplished quite a lot. Since resuming work, District 5 Game and Fish employees have thus far constructed 120 double-pallet structures that were used to supplement existing sites and were also placed at five additional sites," Nault said. "We've constructed 15 Georgia cubes that are placed in two new sites and 45 spider buckets that will be placed off the fishing pier near the Plantersville Access on the Windy Hill side of the lake. Furthermore, we hinge cut 898 trees along 9.75 miles of shoreline."

Hinge-cut trees are dropped into shallow waters to provide shelter and structure to attract and hold game fish. Pallet structures are wooden pallets configured together where young fish can seek shelter from larger predator species while Georgia cubes are PVC structures that also contribute to good fish habitat.

The week of Sept. 5, the group planned to buld a berm across the spillway canal and then pump down the 67 acres of standing water that remained above the spillway, Nault said.

"Once we pump out as much water as possible, we will apply rotenone to the standing water as well as the creeks to remove undesirable species of fish such as grass carp and yellow bass. After that is completed, the city of Monticello will replace the riprap back on the levee, the spillway gate will be closed and the lake will begin to refill. Lake Monticello may take two to four years to refill to normal pool because it has a small watershed. The rate at which the lake refills will be dependent on rainfall," Nault said.

In addition to constructing new habitat for bass, brim, catfish and crappie, the commission added more than 1,500 tons of lime to the lake bed to reduce acidity in bottom soils and water. 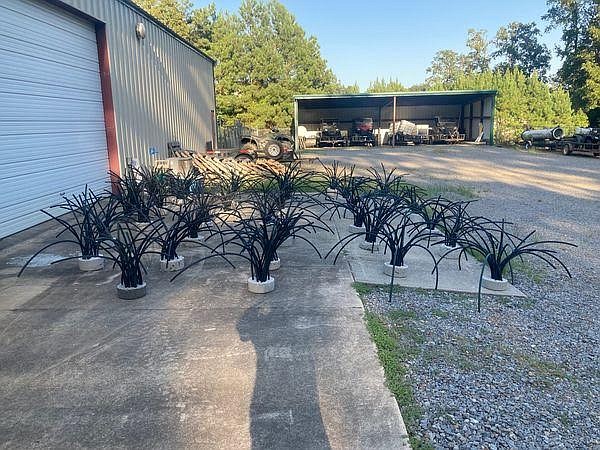 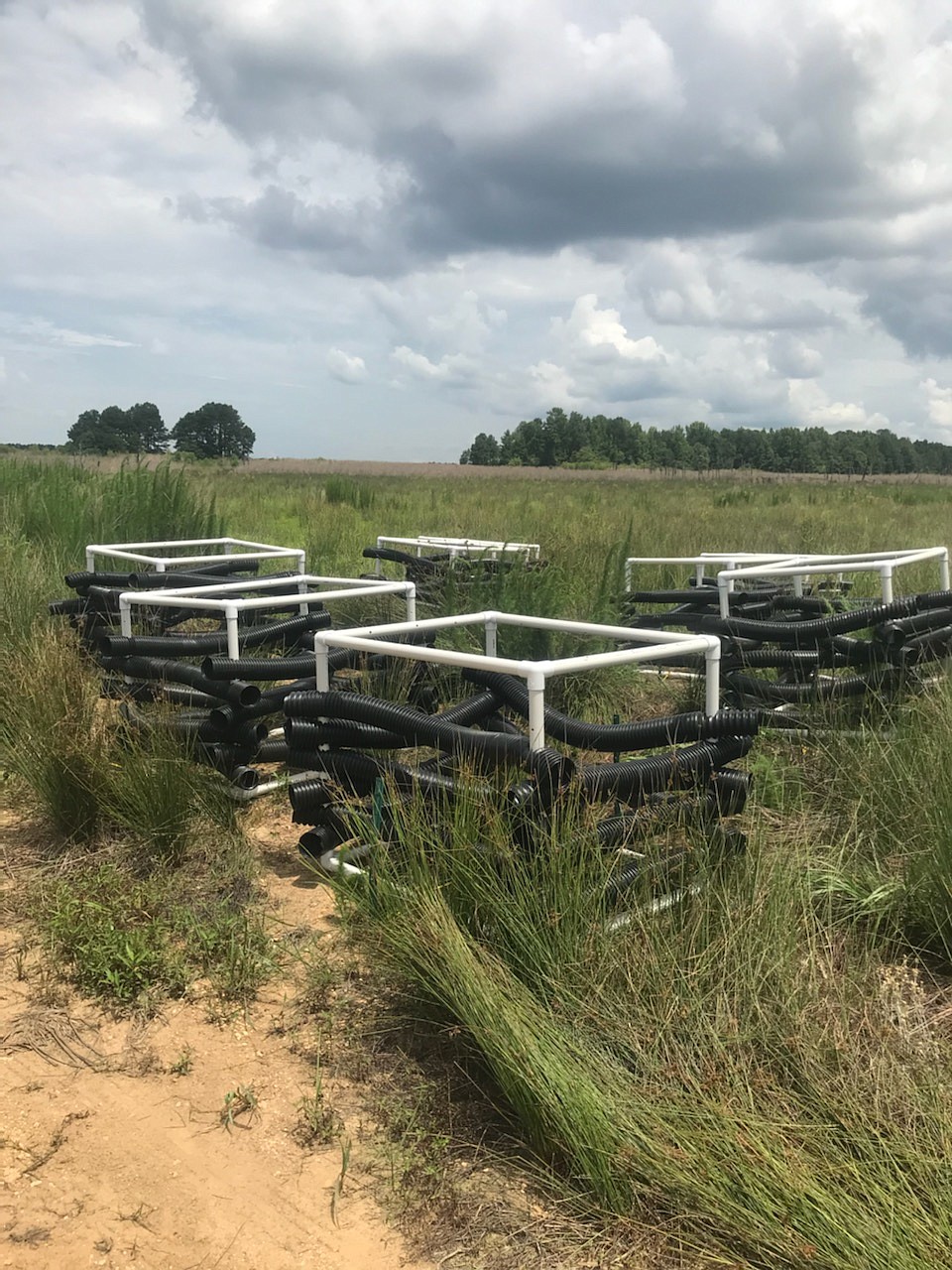 PVC Georgia cubes are used on the dried out bottom of Lake Monticello. (Special to The Commercial/Kris Nault, Arkansas Game and Fish Commission)