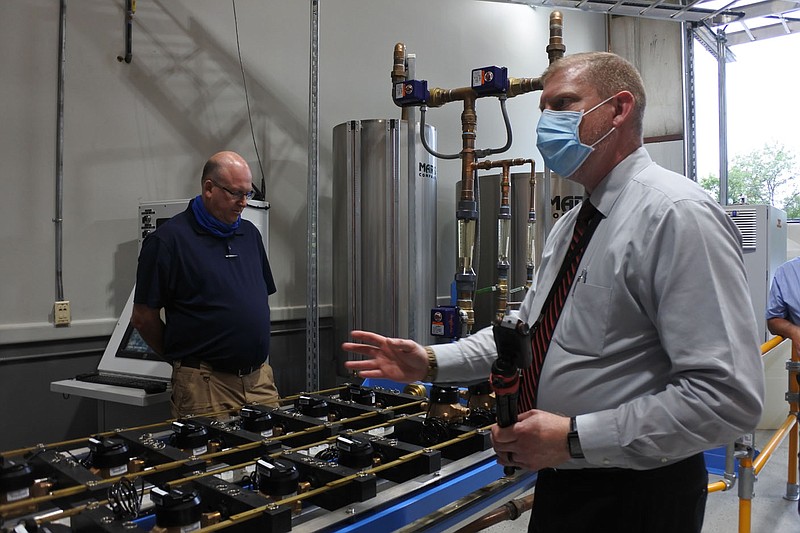 FORT SMITH -- City utility customers may have a new way in the future to pay their water bills online.

Fort Smith Utility Director Lance McAvoy told the city Board of Directors at its study session Tuesday that the department will bring an agreement with PayIt, an online payment vendor, for the board to consider during its next meeting Sept. 21.

Fort Smith Utility customers can currently pay their bills online, over the phone, in person at two locations, by mail and through five drop boxes located in the city, according to Joshua Robertson, deputy director of business administration for the Utility Department. However, the department has been getting complaints regarding the website for the online option.

Robertson said PayIt is used by many cities in the country, including Kansas City and Memphis. In addition, PayIt can be used as a "one-stop shop" for all payments made to the city, such as permits, licenses and parking tickets, not just utility bills.

The discussion about PayIt was part of a much larger presentation to the Board of Directors concerning the utility department's entire billing process. City directors were given an in-depth explanation of how the department generates bills for its customers, from collecting data from water meters, verifying that data, research and communication regarding that data to the actual procedure for billing customers for their water usage. Other topics included the process for late fees and disconnects, as well as reasons for which a customer's bill can be adjusted.

Directors were also given the opportunity to ask questions about each step of the process and present billing issues they had either heard from their constituents or had themselves.

Tuesday's study session also took place at the utility department's maintenance facility at 3900 Kelley Highway. It began with the directors taking a tour of the building and learning how water meters are tested, installed and read, among other things.