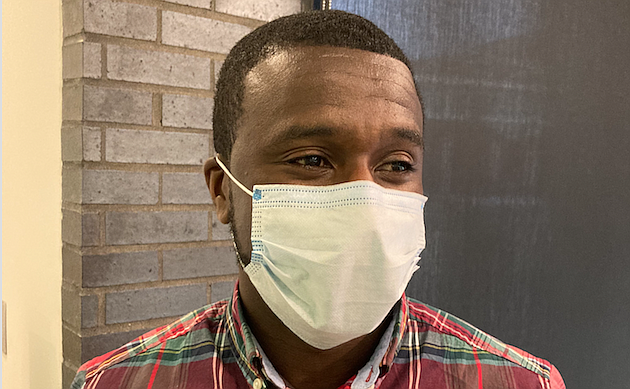 The Pine Bluff-Jefferson County board of trustees removed the interim tag on Ricky Williams on Tuesday and made him the new director of the library system.

Board member Glenda Daniels, who has headed up a search committee to find a new top librarian, said the committee had settled on one of their own.

"We as a committee are in agreement that Ricky is doing an amazing job," Daniels said at the board's monthly meeting. "He has the skills and knowledge of the job and think he should be appointed as director of the library."

Williams has been the acting director since April 3, when the former director, Bobbie Morgan, resigned. During that period, he was given a raise to $67,000 a year. But Daniels' motion included language for Williams to be paid $87,000 a year, which is what Morgan was making, and to pay him retroactively to April 3 at that higher rate.

The motion garnered one no vote from board member Ethel Cogshell, who objected to the back pay at the full rate for a director, saying that doing such was not standard practice.

Other board members defended the retroactive pay saying Williams had been acting in all capacities as director even before Morgan officially quit.

After the meeting, Daniels said the committee had interviewed five candidates for the director position and that Williams had come out as the clear favorite.

"His knowledge and experience have been invaluable," she said. "He's doing the job already and has been at ground zero doing everything, meeting with architects and contractors. He knows everything about the building."

One requirement that stood in the way of Williams applying for the job, at least in the early search for a director, was that he doesn't have a master's degree in library science, which is something the state Library Board requires before it hands out, in Pine Bluff's case, a $100,000 grant. But Daniels said the state allows a director three years to get the degree and that Williams is well on his way to securing it.

After the vote to name him as director, board members applauded him while the masked Williams appeared to be smiling. After the meeting adjourned, Williams, who has worked at the library for five years and was head of the technology department before being named interim director, said he was stunned with the promotion.

"I didn't know they were considering me," he said. "I just threw my name in the hat. I'm still in shock that it went down like that."

Asked if he was pleased with the turn of events, Williams nodded enthusiastically.

On another matter, the board agreed to pay the city $115,000 for repairs to the library's old home in the basement of the Pine Bluff Civic Center Complex. The city claimed that the library, which did not pay rent on the space, had left behind a building that had mold and needed repairs. Some on the library board balked at the contention, saying there was wear and tear to the building, which was built in the 1960s, but not damage.

Recently, the library board offered $95,000 to make the repairs, but Mayor Shirley Washington refused the amount, countering with a figure of $115,000 to pay for upgrades to the building's restrooms.

The library board on Tuesday night voted to give the city what the mayor was asking for, with the consensus being that it was better to pay $115,000 than to possibly wind up in court where the total tab could include additional repairs and be much higher.

"Let's just get it over with," Daniels said.

Board Chairman Tom Owens said the board should include in the motion that Williams would need to get an attorney to draw up paperwork to go with the check to ensure that the $115,000 amounted to "a universal global settlement." Owens said he did not want the city coming back to the library board at a later date with requests for money for additional repairs. The motion, which included Owens' recommendation, was approved.

The board also heard from several alumni of Southeast High School who asked that the new main Pine Bluff library building be named for W.T. Cheney, who was their principal. The group said they would put together a packet of information and take it to the board, Washington and County Judge Gerald Robinson by next month's meeting. Washington and Robinson each are responsible for naming the members of the library board, and, according to Daniels, Robinson is over the actual library buildings, and it would be up to him to approve the renaming of the structure. 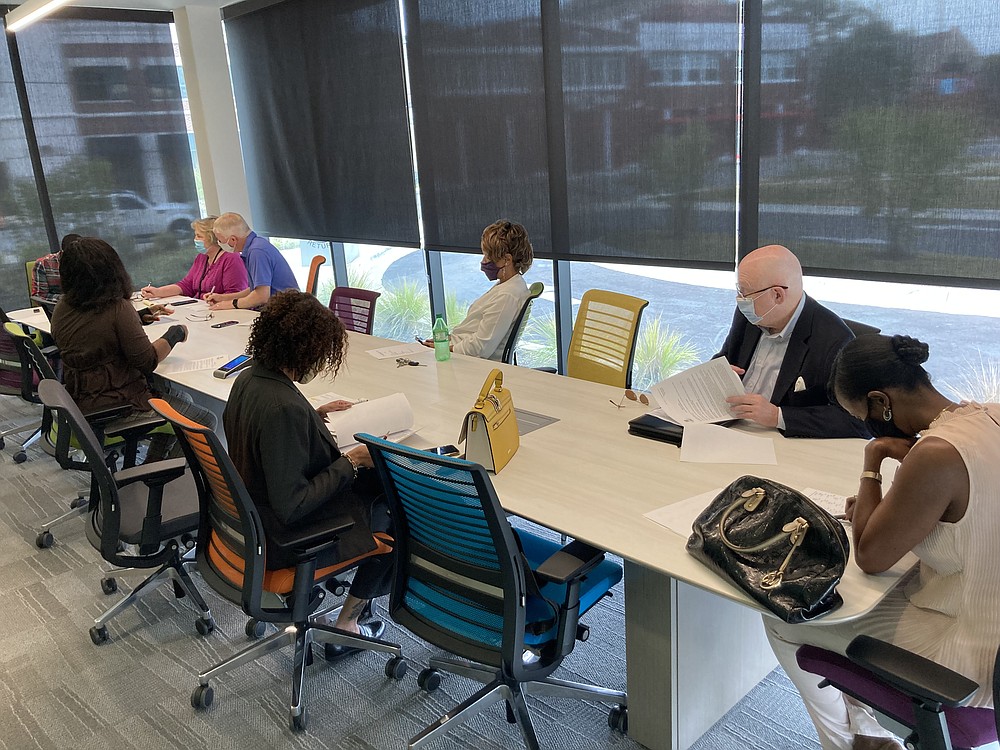 Library board members hired a new library director at their meeting on Tuesday and agreed to pay the city for repairs to the old library building. (Pine Bluff Commercial/Byron Tate)