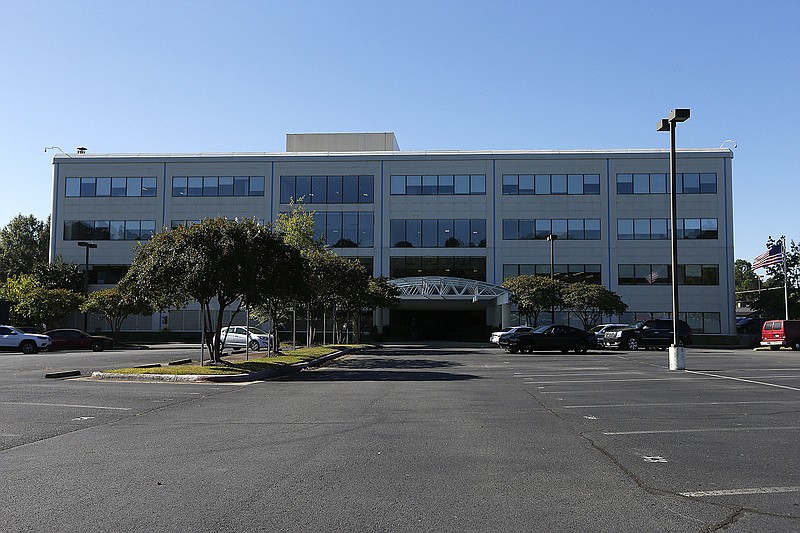 The building, owned by Arkansas Blue Cross Blue Shield, will host about 150 city employees, most of whom will move from the City Services Building in Argenta to the four-story office building at 515 Pershing Blvd.

The office is about 2 miles north of City Hall and sits on 6.76 acres with 372 parking spaces.

Mayor Terry Hartwick said during Monday night's meeting that the purchase was necessary as the City Services Building at 120 Main St. was out of date and that renovating it would be too costly.

"To get the other building up to where we should get to this one is almost more expensive than what this one would be in the first place," Hartwick said.

He said the city plans to sell the City Services Building, but no buyer has been identified.

Employees from the city attorney's office, human resources department, the city engineer and the City Community Development Department will move to the new office. It also will be used as a training space by the Fire Department.

While the city will soon take over ownership of the building in the fall, city employees might not move until at least June.

Until then, Arkansas Blue Cross Blue Shield will pay the city $30,000 a month in rent while its employees gradually move to other offices around Little Rock, a spokesperson for the company said.

The new offices for city employees will be a short drive away from the new justice center, set to open in December, which will house the Police Department.

When the city was looking for a site for the new justice center, Council Member Nathan Hamilton said the city considered the Blue Cross Blue Shield building before opting for the site on Poplar Street.

"It would have been a great deal then," Hamilton said. "It's an even better deal now."