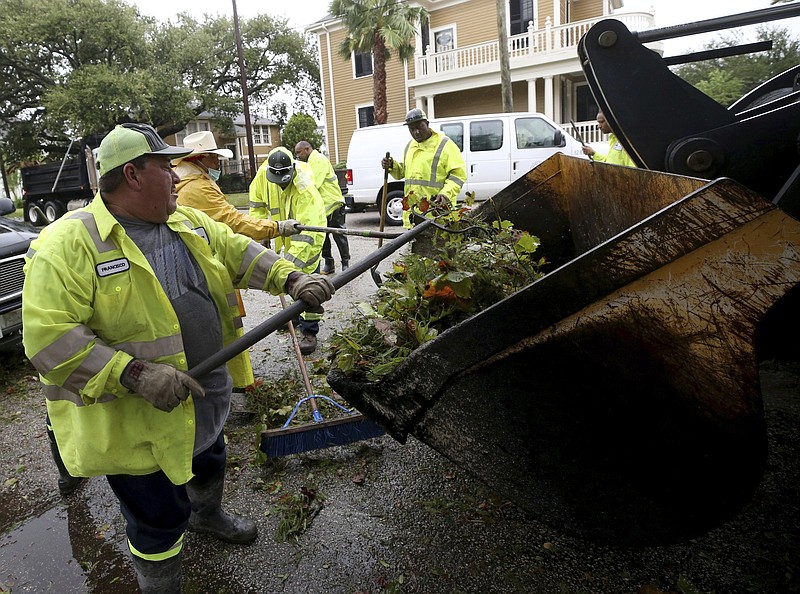 SURFSIDE BEACH, Texas -- Tropical Storm Nicholas slowed to a crawl over the Houston area Tuesday after making landfall earlier as a hurricane, knocking out power to a half-million homes and businesses and dumping more than a foot of rain along the same area swamped by Hurricane Harvey in 2017.

Nicholas could potentially stall over storm-battered Louisiana and spawn life-threatening floods across the Deep South over the coming days, forecasters said.

[Video not showing up above? Click here to watch » https://www.youtube.com/watch?v=nosIEHE5CM8]

Nicholas made landfall early Tuesday on the eastern part of the Matagorda Peninsula and was soon downgraded to a tropical storm. It was about 30 miles southeast of Houston, with maximum winds of 40 mph as of 1 p.m. Tuesday, according to the National Hurricane Center in Miami.

Galveston, Texas, had nearly 14 inches of rain from Nicholas, the 14th named storm of the 2021 Atlantic hurricane season, while Houston reported more than 6 inches. That's a fraction of what fell during Harvey, which dumped more than 60 inches of rain in southeast Texas over a four-day period.

In the small coastal town of Surfside Beach, about 65 miles south of Houston, Kirk Klaus, 59, and his wife Monica Klaus, 62, rode out the storm in their two-bedroom home, which sits about 6 to 8 feet above the ground on stilts.

He said rain fell all day on Monday and, as the night progressed, the rainfall and winds got worse.

Around 2:30 a.m. Tuesday, the strong winds blew out two of his home's windows, letting in rain and forcing the couple to continually mop their floors. Klaus said the rainfall and winds created a storm surge of about 2 feet in front of his home.

"It looked like a river out here," he said.

Nicholas is moving so slowly that it will dump several inches of rain as it crawls over Texas and southern Louisiana, meteorologists said. This includes areas already struck by Hurricane Ida and devastated last year by Hurricane Laura. Parts of Louisiana are saturated with nowhere for the extra water to go, so it will flood, said University of Miami hurricane researcher Brian McNoldy.

"It's stuck in a weak steering environment," McNoldy said Tuesday. So while the storm itself may weaken "that won't stop the rain from happening. Whether it's a tropical storm, tropical depression or post-tropical blob, it'll still rain a lot, and that's not really good for that area."

The storm was moving east-northeast at 7 mph -- the center of Nicholas was expected to move slowly over southeastern Texas on Tuesday and over southwestern Louisiana today.

More than a half-million homes and businesses had lost power in Texas, but that number dropped to about 375,000 by midday Tuesday, according to the website poweroutage.us that tracks utility reports. Most of those outages were caused by powerful winds as the storm moved through overnight, utility officials said. Across Louisiana, about 100,000 customers remained without power Tuesday midday.

Nicholas carried rain to the same area of Texas that was hit hard by Harvey, which was blamed for at least 68 deaths, including 36 in the Houston area. After Harvey, voters approved the issuance of $2.5 billion in bonds to fund flood-control projects, including the widening of bayous. The 181 projects designed to mitigate damage from future storms are at different stages of completion.

"It's not crazy amounts of rain. It isn't anything like Hurricane Harvey," McNoldy said. Harvey not only stalled for three days over the same area, it moved a bit back into the Gulf of Mexico, allowing it to recharge with more water. Nicholas won't do that, McNoldy said.

Nicholas, expected to weaken into a tropical depression by Tuesday night, could dump up to 20 inches of rain in parts of southern Louisiana. Forecasters said southern Mississippi, southern Alabama and the western Florida panhandle could get heavy rainfall as well.

Information for this article was contributed by Jill Bleed, Jay Reeves, Julie Walker and Seth Borenstein of The Associated Press. 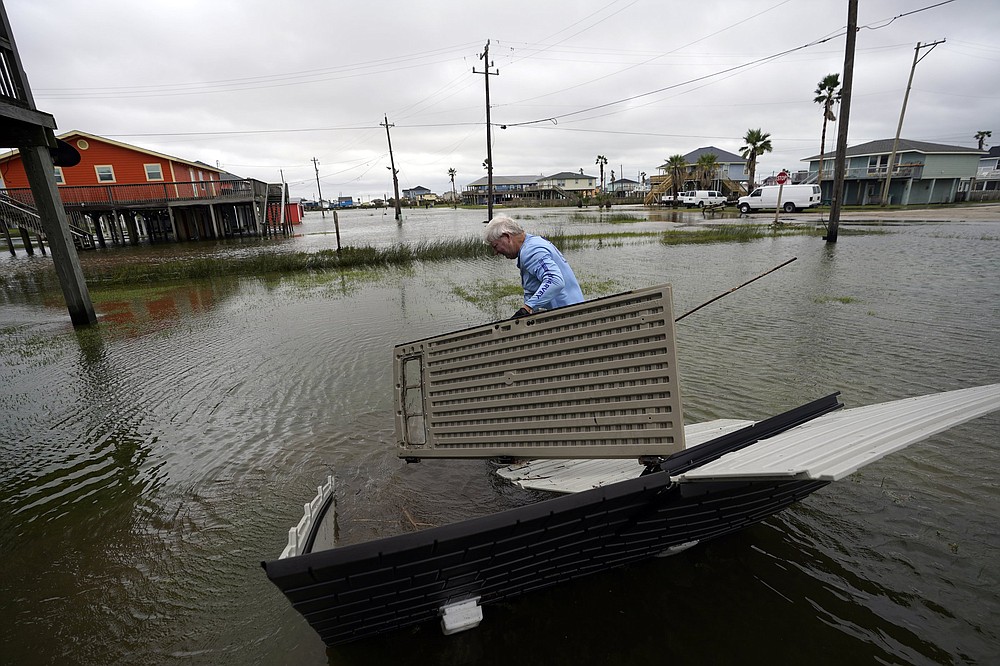