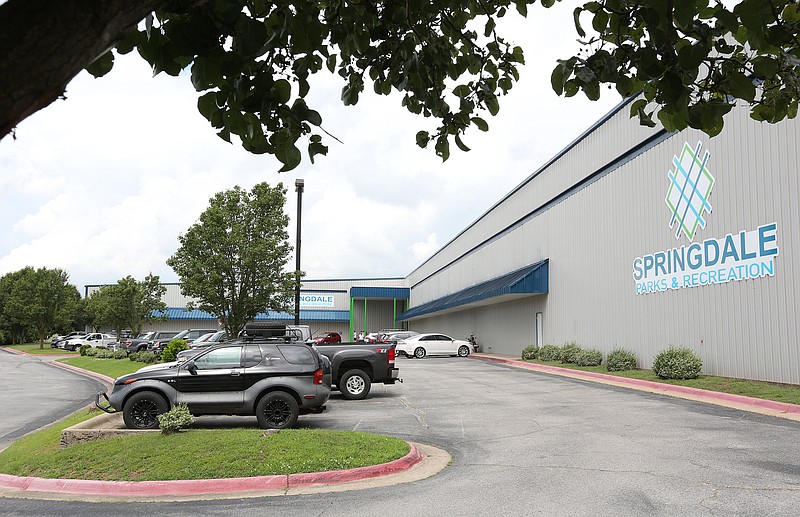 Milestone Construction Co. of Springdale was awarded a $366,017 contract to install an elevator near the center's concession stand. The project also will reconfigure the center's front entrance.

Work could start next week, said Chad Wolf, director of the city's department of Parks and Recreation. Visitors probably will enter the Recreation Center from the west side during construction.

The elevator is needed for the city to comply with the Americans With Disabilities Act, Wolf said.

The city plans one more major renovation for the Recreation Center, Wolf said. The floor under what currently houses the weight equipment will get a rubber "sport court." The center will gain another court for pickleball or volleyball or pick-up games, he noted.

Materials for the court could cost about $150,000, and members of the Parks and Recreation staff can install it, Wolf continued.

He expects approval for the sport court to come before the Council this fall.

Wolf reported more than 2,000 children are registered for participation in the park department's fall leagues in flag football, baseball, softball and soccer. About 200 people have played in the adult leagues of softball, basketball and soccer.

More than 530 youth participated in the department's camps and academies in basketball, soccer, softball, rugby, speed and agility, lacrosse and golf, Wolf continued.

The city has completed nearly $2 million in renovations of the center since that time, with money set aside by the city for capital improvements in the parks, Community Development Block Grant money and the city's general fund.

The renovations ranged from $900,000 for new heating and air conditioning systems, to $209,000 to pour concrete under and improve the indoor soccer fields to $20,000 for netting to surround the indoor courts.

• The council accepted the appointment of Adriana Torres to the Advertising and Promotion Commission. Torres is a senior vice president and also loan servicing operations manager for Legacy National Bank.