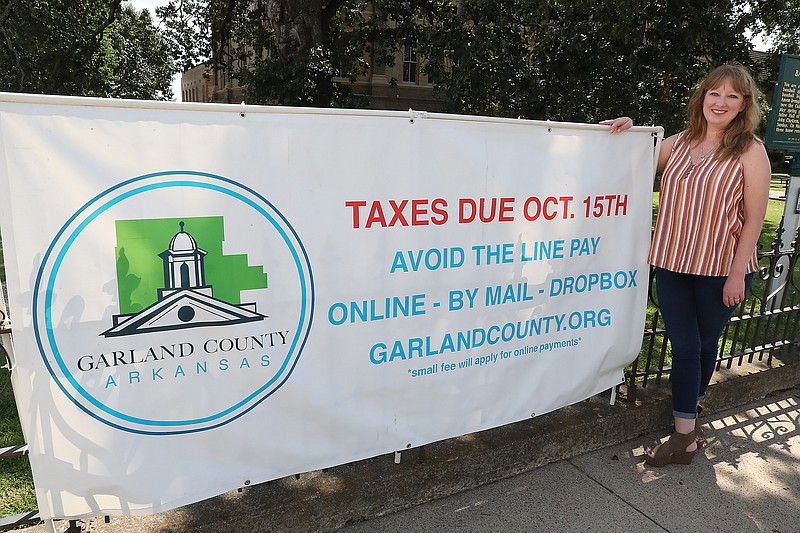 Bidders claimed about half of the more than 400 tax-delinquent parcels auctioned Sept. 2 at the Hot Springs Convention Center, the Commissioner of State Lands said Monday.

The 203 parcels raised $1,244,201, money that will primarily benefit the various taxing entities in Garland County. The commissioner said as of Monday, owners of 12 parcels auctioned earlier this month had paid taxes, penalties and interest owed on their properties. The state will refund the winning bids on those properties. The commissioner said 93 bidders participated in the auction.

The state will issue limited warranty deeds for properties owners don't redeem within 10 business days of the auction. Owners have until Friday to reclaim their properties. The commissioner’s office said owners don't have to match the amount their property raised at auction, only the taxes, penalties and interest owed.

Properties become delinquent when two years of real estate taxes are owed. County tax collectors attempt to collect what's owed for another two years before referring tax-delinquent properties to the Land Commissioner. The 414 parcels auctioned earlier this month were scheduled for auction last year, but the pandemic postponed annual tax auctions held in counties across the state.

The properties auctioned earlier this month had been delinquent since 2015.

"Only a small percentage of property certified to our office goes to auction," Commissioner of State Lands Tommy Land said in a news release. "The vast majority of owners redeem their property by paying the delinquent taxes. Of course, we always prefer that property be redeemed, but it is vital that the parcels return to the county's active tax rolls."

An online auction will be held for delinquent properties that weren't sold earlier this month. The list of post-auction properties can be viewed at the Land Commissioner's website, http://www.cosl.org.