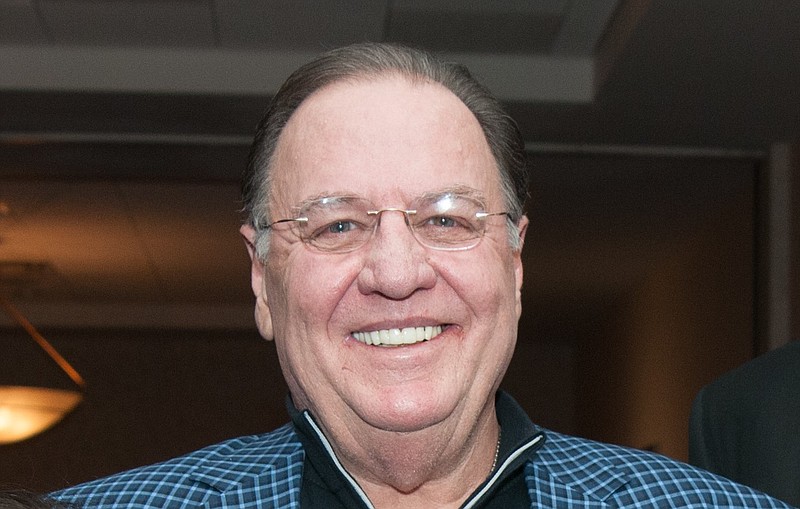 Steve Landers is shown in this January 2017 file photo.

Steve Landers Sr., the 67-year-old businessman who founded a chain of auto dealerships that bear his name, said Wednesday that he plans to run for mayor of Little Rock in 2022.

His announcement was made one day after Little Rock voters defeated a sales-tax increase championed by Mayor Frank Scott Jr. in a referendum that saw 62% of voters reject the increase.

"Tuesday evening, the voters spoke about the future direction of our city, and I heard it loud and clear," Landers said in a statement posted on Twitter. "It's time for new leadership that will truly help people who need it most. I believe our city needs leadership that will keep our taxes as low as possible, be transparent with your tax dollars, spend our existing tax dollars wisely, and get tough on crime."

Landers will presumably face Scott, a banker and former state highway commissioner who is finishing out his first term, along with any other mayoral contenders who might join the race.

In the statement Wednesday, Landers pitched himself as someone who would be able to rein in excessive municipal spending and local crime.

"Our city budget is bloated with wasteful spending, there is zero transparency about expenses, and city crime is out of control," he said. "Children, families and the elderly do not feel safe on our streets."

Additionally, Landers said he would work on infrastructure projects that would "minimize traffic, congestion, and frustration."

Landers had floated the idea of a run last month and acknowledged he was behind recent telephone polling that gauged residents' opinions on him, Scott and the mayor's race.

In an interview at the time, Landers called Scott a "good guy" but went on to suggest that "running businesses, I've probably got a little more experience, you know? And the city's a big business."

He has stepped back from the daily operations of the auto dealerships but still owns some stores, Landers said last month.

Landers is a member of the state Racing Commission but has never run for public office.

A campaign website, stevelandersforlittlerock.com, was soliciting email addresses and contributions from supporters as of Wednesday.

The businessman's entry into the 2022 contest makes him the second to formally announce a campaign.

Earlier this month, Greg Henderson, the publisher/president of food blog Rock City Eats and a frequent contender in city elections, announced his intention to run for mayor.