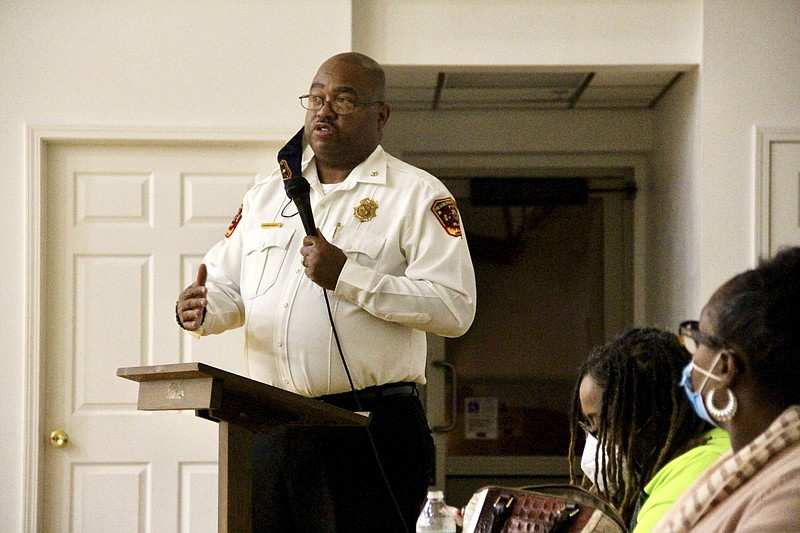 The Fourth Ward was the latest stop Tuesday evening in the United Citizens of Pine Bluff series of town hall-style meetings following up on the Public Safety Survey. The community turnout wasn't as expected with only about a dozen in attendance including the organizers of the event.

Held at Pine Hill Missionary Baptist Church, next to the University of Arkansas at Pine Bluff, the event planners were hoping to attract more young people to the meeting.

The age group of 13-39 made up 25.7% of those who took the survey, but it was unknown at the time what percentage were in college and in secondary school. Organizers said surveys were distributed to the school districts and at UAPB.

"One of the biggest problems we have in Pine Bluff is the youth seem to be disconnected," Council Member Bruce Lockett said.

That statement was true for two UAPB students who were asked to attend the meeting as they passed the church walking back to their dormitory.

The two students left the meeting after 20 minutes and when asked why, they simply said they were "not interested in what was going on in Pine Bluff."

The students said they feel safer on campus, and if they do go out into the community, they travel with friends and try to return on campus before dark.

"We're only going to solve those youth problems when we get the youth to get engaged and provide their own answers to what youth activities look like," Lockett said. "I think in this town adults are objective to what we think young people want to do."

Lockett said crime was only a symptom of all the other wrongs in the community such as lack of infrastructure and affordable housing, unemployment and lack of activities for the young.

"I suggest we try to do as much to repair the infrastructure in the community," he said. "Crime is an effect of something not going right."

"We're often there first, regardless of the call," Howell said when it comes to 911 emergency calls. "Fire calls, car wrecks, recuse situations -- any hazardous situation, the fire department is going to be there."

With seven fire stations, Howell said they know all the districts throughout the city inside out from vacant properties, burnouts, fire hydrants and streets.

He said they work hand-in-hand with several entities including home utility companies, code enforcement and the Police Department.

"You can't have one without the other. We need each other for too many things," said Howell. "Police and fire are joined at the hip on so many levels."

Howell wants the community to understand that there is a due process when it comes to certain nuisances in the community, and in some situations the fire department can't intercede immediately.

"A lot of our issues as a community is knowing how our system works," Howell said. He added the ward's council member would be the one to point them in the right direction.

Quoting Plato as saying, "This city is what it is because our citizens are what they are," United Citizens member Michael McCray said for the community to truly transform, all initiatives needed to involve the community.

McCray said the United Citizens going from ward to ward gives everyone an opportunity to express how they feel at the town hall meetings.

"We want to be as open and transparent as possible," he said. "That's really why we are here."

McCray said the perception of crime in Pine Bluff is affecting economic development, investment and reinvestments into the city.

"All of this is complex. It's going to take multiple things that we do to really combat this." 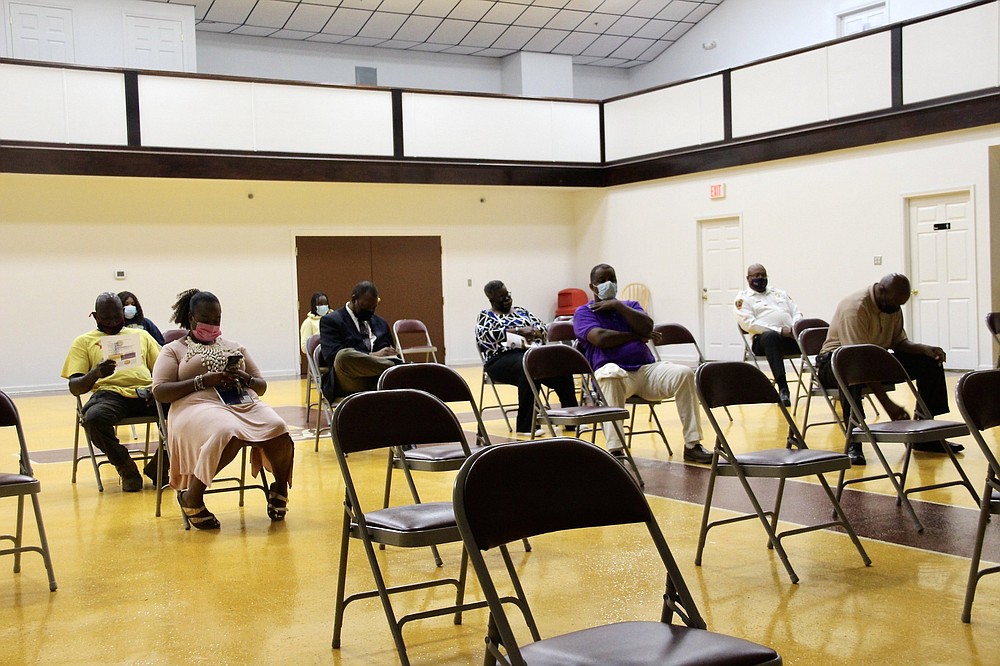 The community turnout wasn’t as expected with only about a dozen in attendance during Tuesday’s United Citizens of Pine Bluff Town Hall meeting for the Fourth Ward. (Pine Bluff Commercial/Eplunus Colvin)