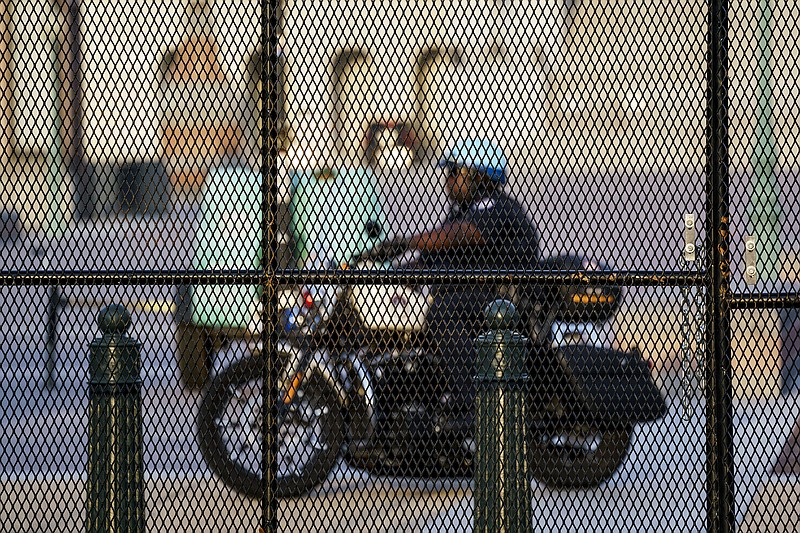 A U.S. Capitol Police officer patrols the East Plaza on Thursday after fencing was reinstalled around the Capitol before a “Justice for J6 rally” to be held Saturday around the Capitol. (AP/J. Scott Applewhite)

WASHINGTON -- Rep. Elise Stefanik of New York, the No. 3 House Republican, is pushing the notion in Facebook ads that President Joe Biden and fellow Democrats are seeking a "permanent election insurrection" by expanding pathways to citizenship for migrants who entered the country illegally.

The ads from Stefanik come ahead of a rally planned for Saturday in Washington in support of those charged with crimes in the Jan. 6 insurrection at the Capitol and as House Democrats work to advance a measure that would allow several million migrants to apply for permanent residency.

"Radical Democrats are planning their most aggressive move yet: a PERMANENT ELECTION INSURRECTION," says one version of the ad, paid for by Stefanik's campaign committee, that appeared Wednesday. "Their plan to grant amnesty to 11 MILLION illegal immigrants will overthrow our current electorate and create a permanent liberal majority in Washington."

The ad depicts Biden with people who appear to be migrants reflected in the sunglasses he is wearing.

The language in the ads echoes that of far-right commentators, including Fox News' Tucker Carlson, who have advanced a "replacement theory" that says liberals are seeking to replace white citizens with non-white migrants who are inclined to support the Democratic Party.

For Stefanik, embracing such rhetoric is a departure from earlier in her political career. Before she replaced Rep. Liz Cheney, R-Wyo., as the House Republican conference chairwoman in May, some in her party had raised concerns that her record on immigration was too liberal.

An anti-immigration group criticized Stefanik's co-sponsorship of the Farm Workforce Authorization Act, which includes a pathway to citizenship for migrant farmworkers.

On Thursday, the Democratic National Committee seized on the timing of the ads.

"As another right-wing mob descends upon the Capitol this weekend, Republican Congresswoman Elise Stefanik is echoing the same vile rhetoric that has led to several acts of violence in recent years," DNC spokesperson Adonna Biel said in a statement. "Apparently, this is what it takes to become a member of House Republican leadership - xenophobia and a remarkable commitment to pushing the Big Lie that led to an actual insurrection."

Different versions of Stefanik's ads started appearing on Facebook over the weekend, with several showing migrants trying to scale a border barrier. Some of the ads that debuted Wednesday target Biden by name, as well as Vice President Kamala Harris and House Speaker Nancy Pelosi, D-Calif.

The ads warning of an "insurrection" are appearing about nine months after violent supporters of then-President Donald Trump breached the U.S. Capitol as Congress sought to count the Electoral College votes solidifying Biden's victory as president.

The Capitol Police are bracing for Saturday's "Justice for J6" rally, being planned by a nonprofit group led by former Trump campaign staffer Matt Braynard. The goal, Braynard has said, is to peacefully demand that charges against nonviolent Jan. 6 protesters be dropped. Braynard claims those protesters "reasonably believed" they had permission to enter the Capitol. About 700 rallygoers are expected.

On Monday, the House Judiciary Committee approved several provisions on immigration that Democrats are angling to include in a $3.5 trillion spending plan. Under budget rules, that overall package of legislation could be passed without Republican support.

Among their provisions, the proposals would allow several million migrants who entered the country illegally -- including "dreamers," who were brought to the United States as children -- to apply for permanent residency. 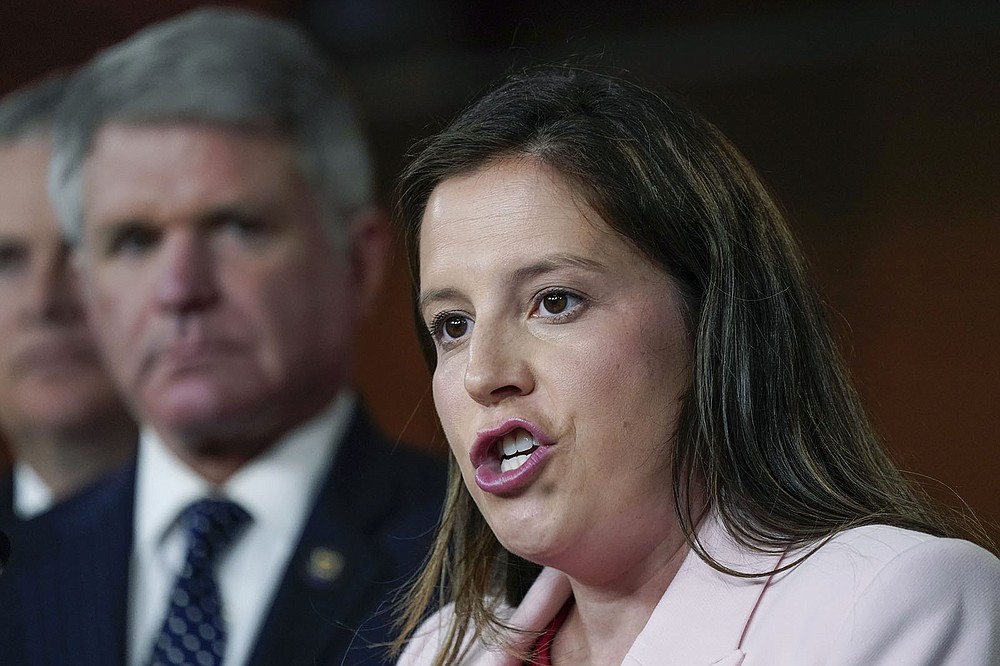 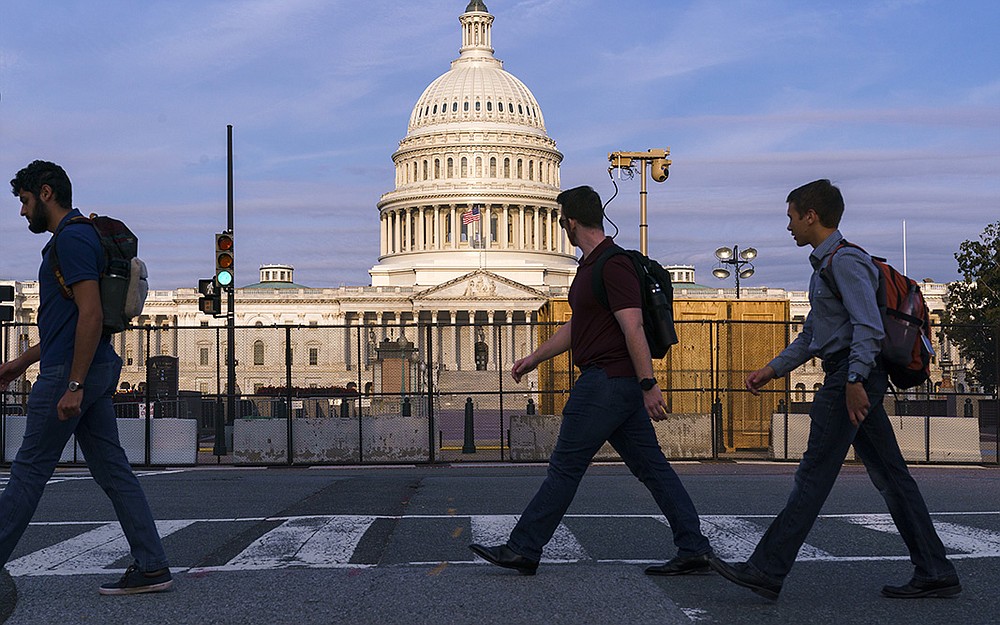 Reinstalled security fencing surrounds the U.S. Capitol on Thursday ahead of a rally planned for Saturday by far-right supporters of former President Donald Trump who are demanding the release of rioters arrested in connection with the Jan. 6 insurrection. More photos at arkansasonline.com/917dcfence/. (AP/J. Scott Applewhite)