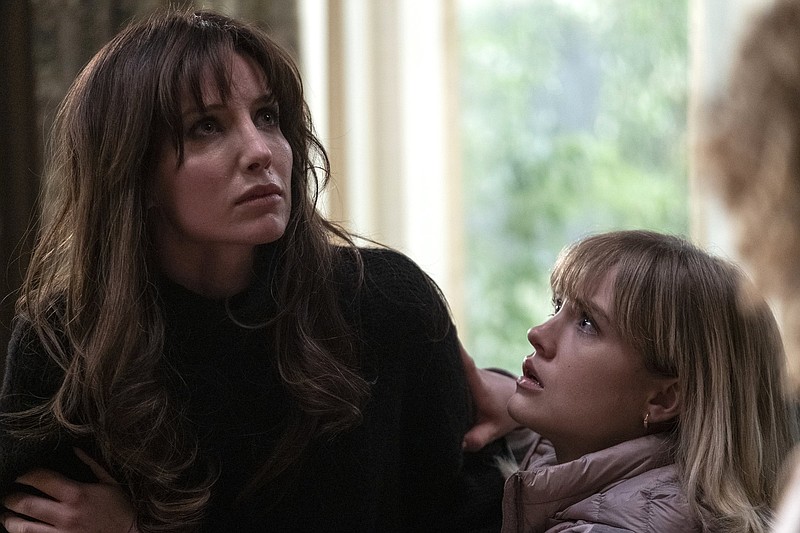 Filmmaker James Wan not only cut his teeth in the horror genre, but he's also the man behind the camera of such franchise-launching movies as "Saw," "Insidious" and "The Conjuring." All three were modestly budgeted but wildly popular chillers that led to numerous sequels while establishing Wan as a significant force in the world of modern day horror.

Wan stepped away from the spooky stuff to helm two major tentpole blockbusters, both enormous successes. 2015's "Furious 7" raked in over $1.5 billion at the box office and is considered to be among the best of the "Fast and Furious" films (by those who measure such things). Then he made 2018's "Aquaman," yet another big moneymaker (over $1.1 billion) and the DC Extended Universe's highest-grossing movie to date.

Warner Bros. quickly signed him up for a second "Aquaman" (due out next year), but before diving back into the big budget waters, Wan returns to his roots with the cryptically titled "Malignant," a devilishly creepy horror flick with a particularly nasty edge to it (and believe me, I say that as an enthusiastic compliment).

I suppose you could categorize me as a fan of Wan's horror stuff. I generally like the first "Saw" but not the countless sequels it spawned. His two "Insidious" movies were fine yet nothing that ever stuck with me. Then you have the two Wan-directed "Conjuring" films which I genuinely loved. They are what spurred my excitement for "Malignant." But what's best about his latest venture are the many things it does differently; those things that set it apart and make it feel like something genuinely fresh (and more than a little bonkers).

Among my favorites of Wan's many sly touches is how he teases us with an opening 15 minutes that doesn't feel new at all. In fact, it comes across as standard haunted house horror fare -- kitchen appliances turning on by themselves, lights flickering throughout the house, the floors creaking and doors mysteriously opening. It's all so intentionally unremarkable and (with the exception of one really cool overhead camera trick) it sees Wan treading old ground that he himself helped make conventional.

But then "Malignant" surprises us with the first of several unexpected turns as Wan starts to show what he's really up to. And along the way its story (conceived by Wan, his wife, Ingrid Bisu, and the film's screenwriter Akela Cooper) takes on a number of different genre-inspired forms -- that of a grisly crime thriller, a murder mystery, a supernatural horror, a slasher flick and something more that I won't dare give away. (It should go without saying, but in this case especially, steer clear of spoilers at all cost.)

English actress Annabelle Wallis gets the lead role playing Madison Mitchell, a Seattle woman who's proudly yet cautiously pregnant (we learn later that she has had three miscarriages in two years). Her worries aren't helped by her cruel and abusive husband Derek (Jake Abel). In an especially violent outburst, Derek slams Madison so hard against the wall it leaves her head gashed open. Later that night he gets his comeuppance at the hands of a brutal shadowy spirit.

The police, led by detectives Shaw (George Young) and Moss (Michole Briana White) chalk it up to a home invasion. But after learning of Derek's abuse and noticing no signs of forced entry, they begin investigating Madison. In the meantime Madison begins having tormenting visions of gruesome murders as they're happening in real-time across the city. The eerie way Wan and his effects team capture her visions is just one of several eye-popping touches you'll find scattered throughout the movie.

I'm reluctant to share much more because "Malignant" is a movie that begs to be discovered. Part of the fun is in how the crafty storytelling lures us into thinking we have it all figured out only to prove us wrong over and over again. And as deeply buried truths are unearthed, Wallis ably navigates us through her emotionally knotty character arc, channeling terror in a way that's more than simply screaming on cue. It's a good performance.

It all culminates in a wild go-for-broke final act that I guarantee you'll never see coming. It's as batty and gore-soaked as anything you'll watch this year and earns every bit of the movie's R rating. It's also a ton of fun. The last 20 minutes sees Wan and company gleefully letting loose with the kind of '80s B-movie grotesquerie that once lined the horror section at your local video store (that too is an enthusiastic compliment).

It's such a fitting finish for a movie that's so proud of its influences -- a movie that tips its hat to giallo and embraces camp without a moment of hesitation. It all makes "Malignant" a movie that's impossible to stick a label on or toss into one specific category. At the same time it's not some cheap and messy hodgepodge of horror sub-genres. There's a method to James Wan's madness and he's a nimble enough filmmaker to make this wonderfully wicked and crazy concoction work.