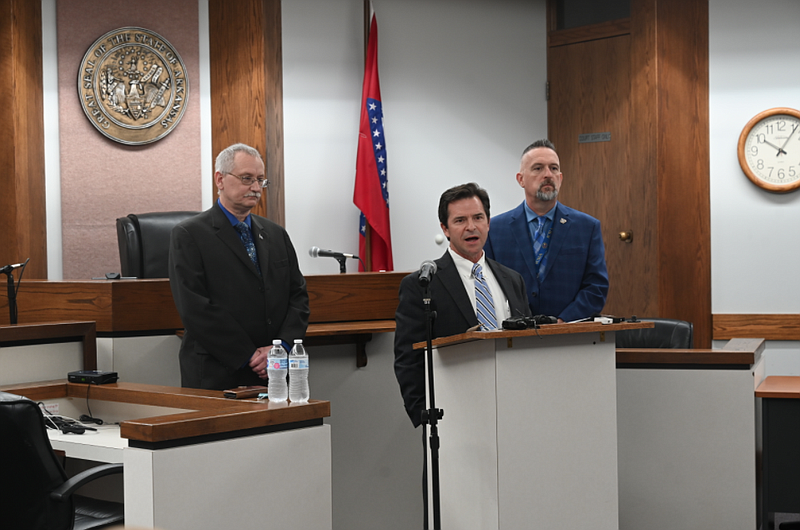 Here are some of this week's top stories from the Democrat-Gazette.

Little Rock voters rejected a 1 percentage-point sales-tax increase, championed by Mayor Frank Scott Jr., by a wide margin during a special election Tuesday, scuttling the wide-ranging plan to invest in quality-of-life initiatives as the city emerges from the covid-19 pandemic.

Officials had estimated the tax increase would generate $530 million in new revenue for the city over the next decade before a Dec. 31, 2031, sunset date.

Arkansas is expected to receive more than 90 Afghan evacuees in the coming weeks and at least one Northwest Arkansas organization will assist in the relocation.

Phillips’ decision was met with clapping and cheers of “thank you, Jesus” by family and friends in the courthouse during the news conference. Phillips was named special prosecutor for the case July 12 and was passed the Arkansas State Police investigative file July 15.

An internal city of Little Rock email released by court order Monday claims that Little Rock Police Chief Keith Humphrey and two other police officials racially discriminated and retaliated against an officer earlier this year, resulting in his termination.

Arkansas' downward trend in new coronavirus cases and hospitalizations continued Thursday, with the number of people hospitalized with the virus falling for the ninth day in a row.

The numbers of virus patients who were on ventilators and in intensive care, however, both rose for the second straight day.

The state's death toll from the virus, as tracked by the Department of Health, rose by 33, to 7,395.