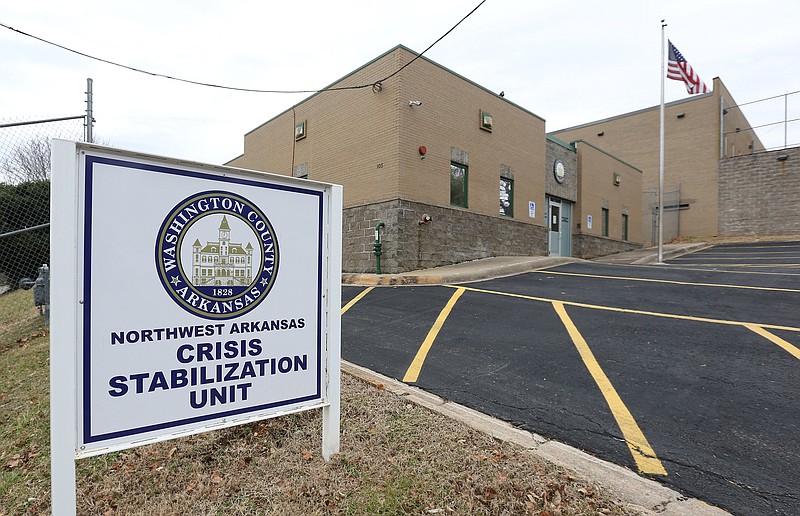 FAYETTEVILLE -- An alternative to jail for those with mental health needs in Washington County will reopen under University of Arkansas for Medical Sciences management.

The Northwest Arkansas Crisis Stabilization Unit in Fayetteville closed June 30 as the nonprofit organization that staffed it, Ozark Guidance, cited cuts in state funding. The 16-bed facility opened in 2019 as a pilot project with state support.

The unit is one of four such sites across the state envisioned as serving individuals voluntarily agreeing to stay at the facilities after encounters with law enforcement.

"UAMS has already started the process of recruiting psychiatrists, therapists" and other professionals to staff the Fayetteville facility, UAMS Chancellor Dr. Cam Patterson told the University of Arkansas board of trustees during a meeting Thursday in Fayetteville.

Speaking after the meeting, Patterson said he "certainly hopes" the site will reopen before the end of the year, but no date has been set.

"There are a lot of people who are acutely mentally ill who get picked up by the police, because they're acting out. And there's no other place for police to take them other than emergency rooms or to jail. And neither of those places are ideal environments," Patterson said.

He said UAMS wants to reopen the Washington County facility "as quickly as we can."

A challenge to reopening is the difficulty in hiring health staff, he said. "But we'll get it done," Patterson added.

"UAMS is committed to the crisis stabilization unit model for avoiding unnecessary emergency department visits and incarcerations for Arkansans with acute mental health crises," Patterson said during the meeting.

UAMS has its main campus in Little Rock but is growing its footprint in Northwest Arkansas, both through new academic offerings and also by providing more clinical services.

Speaking after the meeting, Patterson said UAMS was approached about taking over the Washington County facility.

"Judge Wood was really just so passionate about the need for this. And, you know, we felt that -- it's not something that we're gonna make money on -- but it's part of our mission," Patterson said. "Behavioural health needs everywhere, including Northwest Arkansas, are enormous."

UAMS expects to manage the Washington County facility "as long as it makes sense for everybody," Patterson said.

He added: "We're not relief pitchers here. We're going to take control of this and we're going to do a great job of managing this and taking care of sick people."