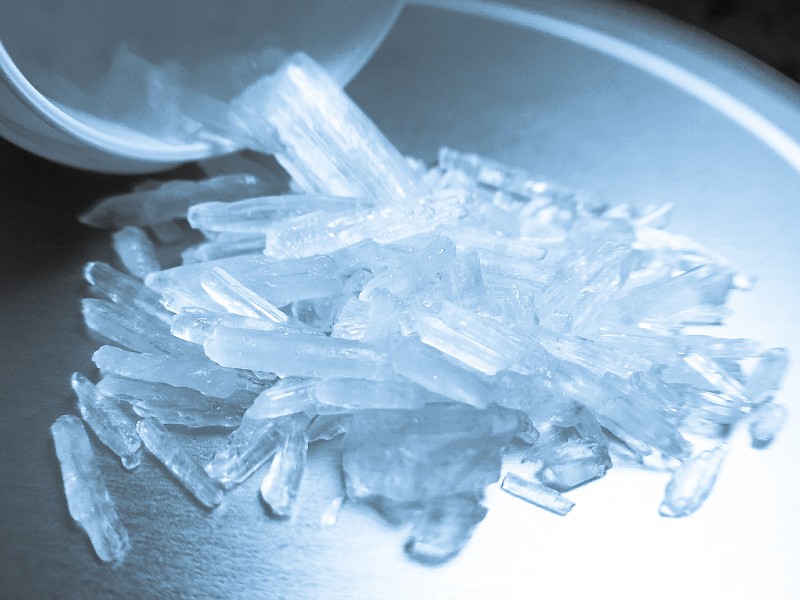 On the ninth day of trial for Marcus Millsap, a Pope County man accused of racketeering and drug conspiracy after an investigation into a white-supremacist gang, testimony from a former auto shop owner charged in the same indictment tied Millsap to activity involving large quantities of methamphetamine.

A federal grand jury charged Millsap, 53, of Danville with being part of a far-flung drug conspiracy centered in Pope County and conspiracy to violate the Racketeer Influenced Corrupt Organizations Act regarding a plot to kill a confidential informant.

Federal investigators have alleged that Millsap tried on several occasions to solicit members of a violent white-supremacist gang, the New Aryan Empire, to kill 49-year-old Bruce Hurley of Atkins between 2015 and May 2, 2016.

Hurley was found fatally shot at his home on May 2, 2016. To date, no one has been charged in his killing, which remains under investigation.

For nearly two weeks, prosecutors have put on a parade of witnesses who are co-defendants, who have pleaded guilty and are testifying in hopes of having their sentences reduced.

Jurors have heard testimony about the inner workings of the New Aryan Empire regarding racketeering violations and the business of dealing methamphetamine. Most of those witnesses have testified that they never met Millsap and were unable to provide any testimony against him.

Millsap's attorneys, Tre Kitchens of Little Rock and Lee Curry of Monticello, have filed dozens of objections to most of the testimony, arguing that most of the witnesses's testimony bore no relevance to Millsap. Most of those objections have been overruled by U.S. District Judge Brian Miller.

On Friday, Robert Chandler, 42, of Russellville testified that he first met Millsap after another co-defendant, David "LA" Singleton, wrecked his SUV and asked Chandler to fix it. Chandler said the SUV was in the backyard of a Little Rock home he later learned belonged to Millsap.

"Not really," Chandler said. "He was outside and him and LA went in the house and I worked on the, it wasn't really a, 'Hi, here's our names,' it wasn't nothing like that."

Another time, Chandler said Millsap arrived at his shop in Russellville to ask about putting a lift on his truck.

At the end of 2015, Chandler said, Wesley Gullett, the president of the New Aryan Empire, began staying at his shop and before long, he said, the place had become a hangout for other gang members. He said Gullett began supplying him with about an ounce of methamphetamine a week.

After his shop was raided by police, Chandler said Gullet told him and co-defendant Corey Ford to go see co-defendant Melissa Kizer and pick something up to take to Millsap at his Little Rock home. That something, Chandler said, was a pound of methamphetamine that he tucked into a motorcycle jacket he was wearing. When he and Ford arrived at Millsap's, he said Gullett met him outside and took his motorcycle jacket into the house.

"Me and Corey went into the garage and got high and started looking at [Millsap's] motorcycles," Chandler told Mazzanti. He said he was paid $200 for the delivery.

After that, Chandler said he began working on Millsap's motorcycles, a Harley-Davidson and a custom "chopper," and he said Gullett was always there when he would arrive.

But one day, Gullett did not show up, he said.

"I was trying to get hold of Wesley and he kept saying, 'I'm on my way, I'm on my way,' but he was out taking care of business and I was up there with Millsap," Chandler said. "I had run out of methamphetamine and that was really the first time I had a conversation with Marc."

He said he went into the house and Millsap's wife directed him to an upstairs room where he found Millsap on a computer.

Chandler was referring to an online database connected to the Arkansas courts system that displays case information. Millsap's case dated from 2015 when he was arrested shortly after delivering a quantity of methamphetamine to Hurley. Millsap pleaded guilty in that case.

Chandler said he and Millsap then drove to Conway to meet Gullett, who had been in Greenbrier. Chandler said Gullett transferred a brown box from Chandler's Corvette, which Gullett had borrowed, to Millsap's truck. He said that on the way back to Little Rock, they stopped at a storage building in Little Rock and dropped the package off.

Chandler said Millsap told him that he had packages of methamphetamine shipped to different places in Little Rock.

"Weird as it sounds," he said, "he said something about guys that would bring them to his house on a bicycle."

In all, Chandler said he went to Millsap's home in Little Rock fewer than 10 times.

The trial is to resume Monday at 9 a.m. with Chandler back on the stand.

Before adjourning for the weekend, Miller cautioned the jurors not to talk about the trial with anyone.

"The further we get into this, the more people are going to want to talk to you about," Miller said. "If you do, I'll have to declare a mistrial so please don't do that to me."