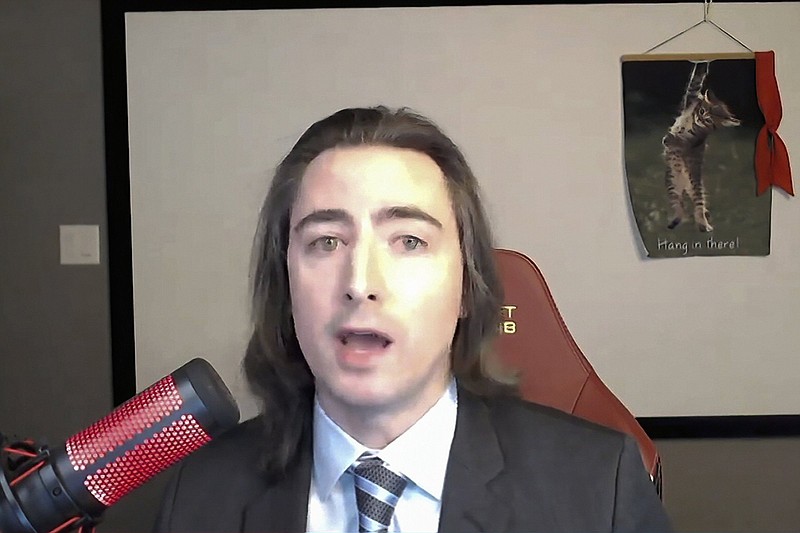 NEW YORK -- Massachusetts regulators are fining MassMutual $4 million and ordering it to overhaul its social-media policies after accusing the company of failing to supervise an employee whose online cheerleading of GameStop's stock helped launch the frenzy that shook Wall Street earlier this year.

The settlement announced Thursday by Secretary of the Commonwealth William Galvin centers on the actions of Keith Gill, who was an employee at a MassMutual subsidiary from April 2019 until January 2021. His tenure ended as GameStop's stock price suddenly soared nearly 800% in a week, as hordes of smaller-pocketed and novice investors piled in, to the shock of professionals.

Gill's job at MassMutual was to create educational materials for current and potential customers, but regulators say he was also posting more than 250 hours of videos on YouTube and sending at least 590 Tweets about investing and GameStop through accounts that were unaffiliated with the company.

Massachusetts regulators cited those messages while alleging MassMutual failed to monitor the social-media accounts of Gill and other employees who were registered as broker-dealer agents in the state, and therefore subject to certain supervision requirements. The MassMutual unit where Gill worked prohibits broker-dealer agents from discussing generic securities on social media.

In his online messages, Gill would often talk about why he owned and was optimistic about GameStop's stock, even though it had been struggling for years. He used the nicknames "Roaring Kitty" and "DeepValue," with an expletive in the middle of the latter one, and he amassed tens of thousands of followers. He also posted regular updates on Reddit about his GameStop holdings, which ballooned into the tens of millions of dollars.

Gill, and the red headband he wore in many of his videos, became such central characters in the GameStop phenomenon that he testified in a congressional hearing about it. There he professed once again, "I like the stock," a statement that became a rallying cry for GameStop investors in forums across the internet. GameStop shares started the year at around $19 and closed Friday at $204.97.