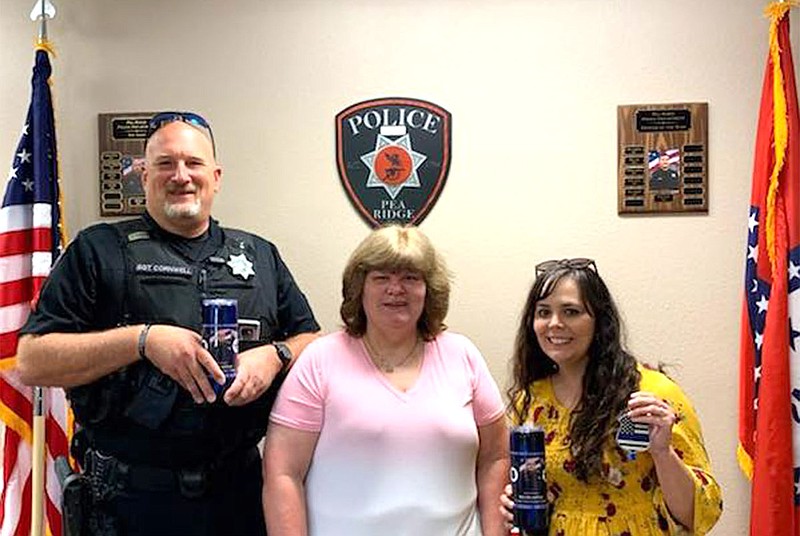 PEA RIDGE -- Ranee Pinson wanted to do something that would memorialize Pea Ridge Officer Kevin Apple's legacy, so she decided she could use her skills to create commemorative tumbler cup with his photo.

Apple was struck by a vehicle and dragged about 150 feet after he and Officer Brian Stamps responded to a call on June 26, police said. The Rogers Police Department had alerted the Pea Ridge Police Department about a particular vehicle, and the two responded to that call at the White Oak gas station on North Curtis Avenue. The two officers attempted to contact the people in the vehicle, but an altercation took place. The vehicle rammed into a police car and pinned Apple between the two vehicles, police said. Apple died at the scene.

The tragedy pulled at Pinson's heart, she said. She and her husband, William, who is a Vietnam War veteran, are proud supporters of the Back the Blue effort, and support military and fire department personnel as well.

Pinson has created 19 or so tumblers so far -- one for each officer, one for Pea Ridge Mayor Jackie Crabtree and one each for Apple's mother, stepdad and brother. Pinson created a one-of-a-kind cup for Apple's mother, which she will not replicate, she said.

She donated the tumblers to the Pea Ridge Police Department last week.

The Bella Vista resident said she felt drawn to create something to help ease the pain for Apple's fellow officers and his family. She did not painstakingly create the cups to drum up business.

"I really didn't do this for any recognition," she said. "My heart felt I needed to do this, to recognize him in a way that would be lasting. He was an incredible person who changed a lot of lives."

Before the global pandemic, Pinson worked as an Uber and Lyft driver. Concerned about transporting people during a health crisis, however, she and her husband decided to forgo that plan and come up with a different idea.

Creations by Ranee was born. Pinson is self-taught, learning a great deal from YouTube videos and instruction. She's an avid follower of tumbler artist and instructor Jessica Flynn, who teaches how to create epoxy tumblers. Flynn owns and operates Flynn Sisters Boutique.

Pinson's regime for each tumbler creation takes two to three days, using a quick setting epoxy. When she first started, she used a different type of epoxy, which made the process longer. Then, each tumbler cup took four days from start to finish.

Pinson said she works to make sure each cup looks professional and does not hurry the process.

The timeline worked out in the end, giving Pinson the opportunity to work closely with The Vinyl Cottage Shop, an Atlanta-based company, to change Apple's photo dimensions until it looked just right.

"These are so special, I didn't want any mistakes on them."

The Police Department was very gracious in accepting the number of tumblers. Pinson is discovering that others see the spirit in which the tumblers were given.

In a letter penned by Crabtree, the Pea Ridge Mayor thanked Pinson for the tumbler, which he called "just amazing."

"The attention to detail you put into the tumbler shows me this absolutely comes from your heart," he wrote.

Pinson already has had people want to order a tribute tumbler. Though she doesn't want extra business or recognition, she said she will create similar tumblers and donate half of the proceeds directly back to the Pea Ridge Police Department. The other half will help cover her costs. 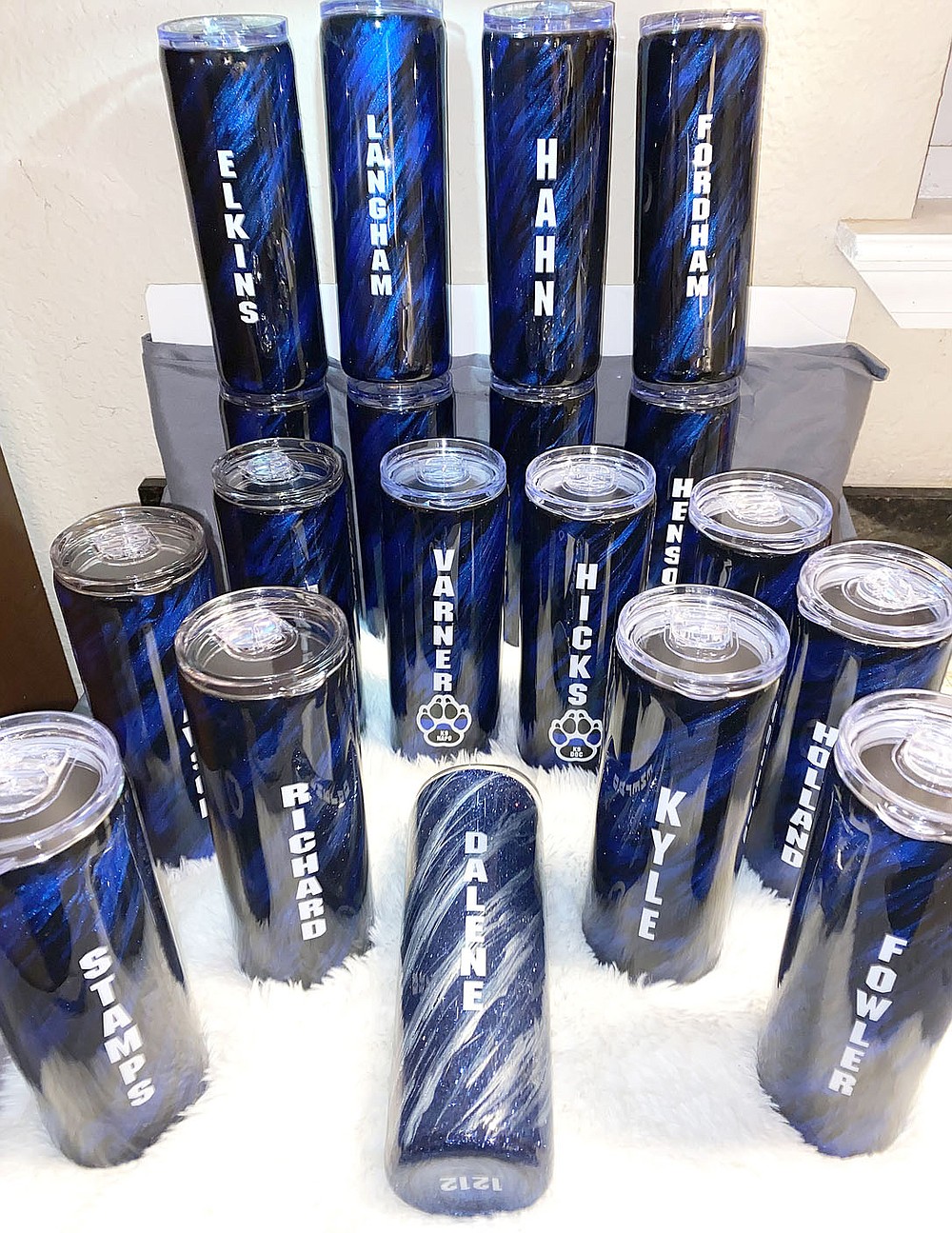 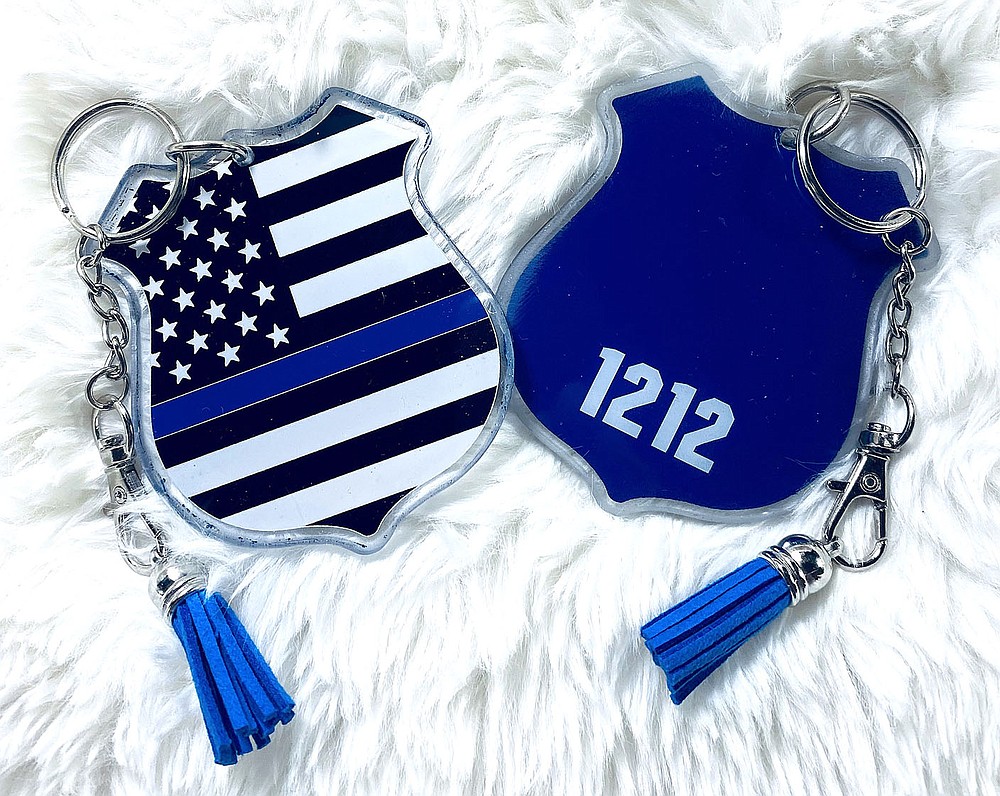 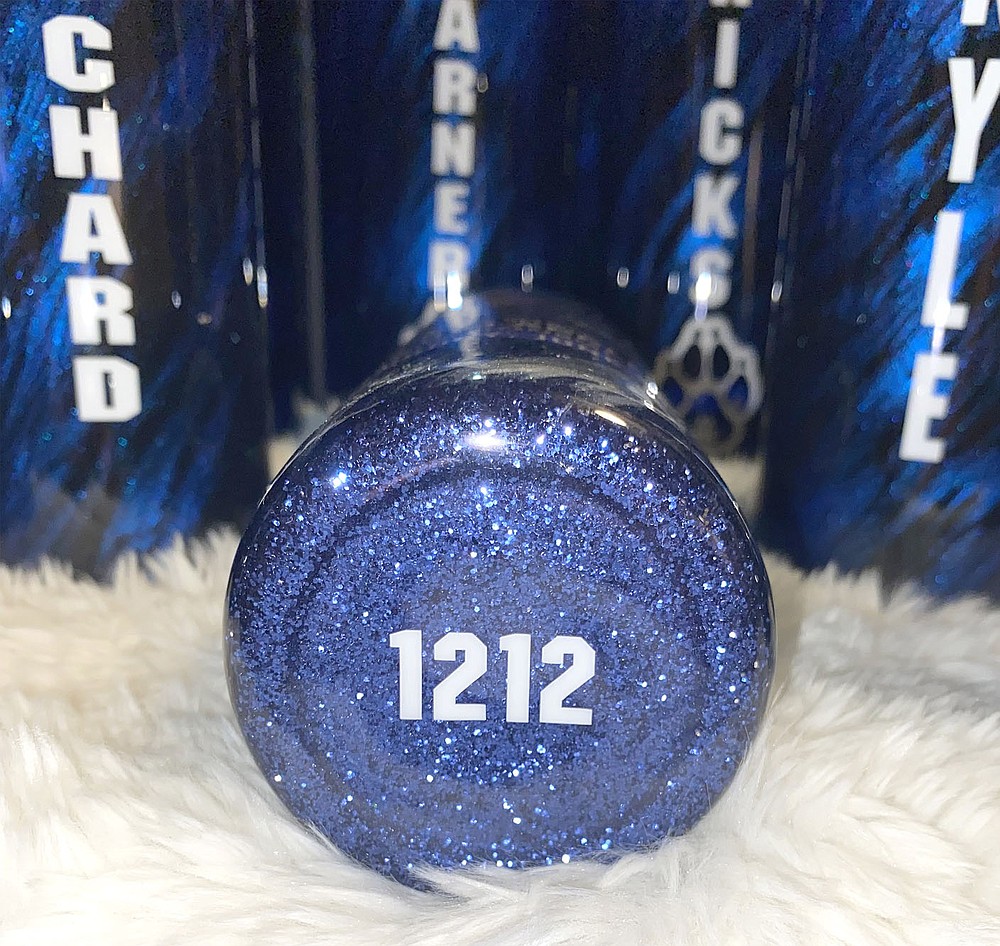 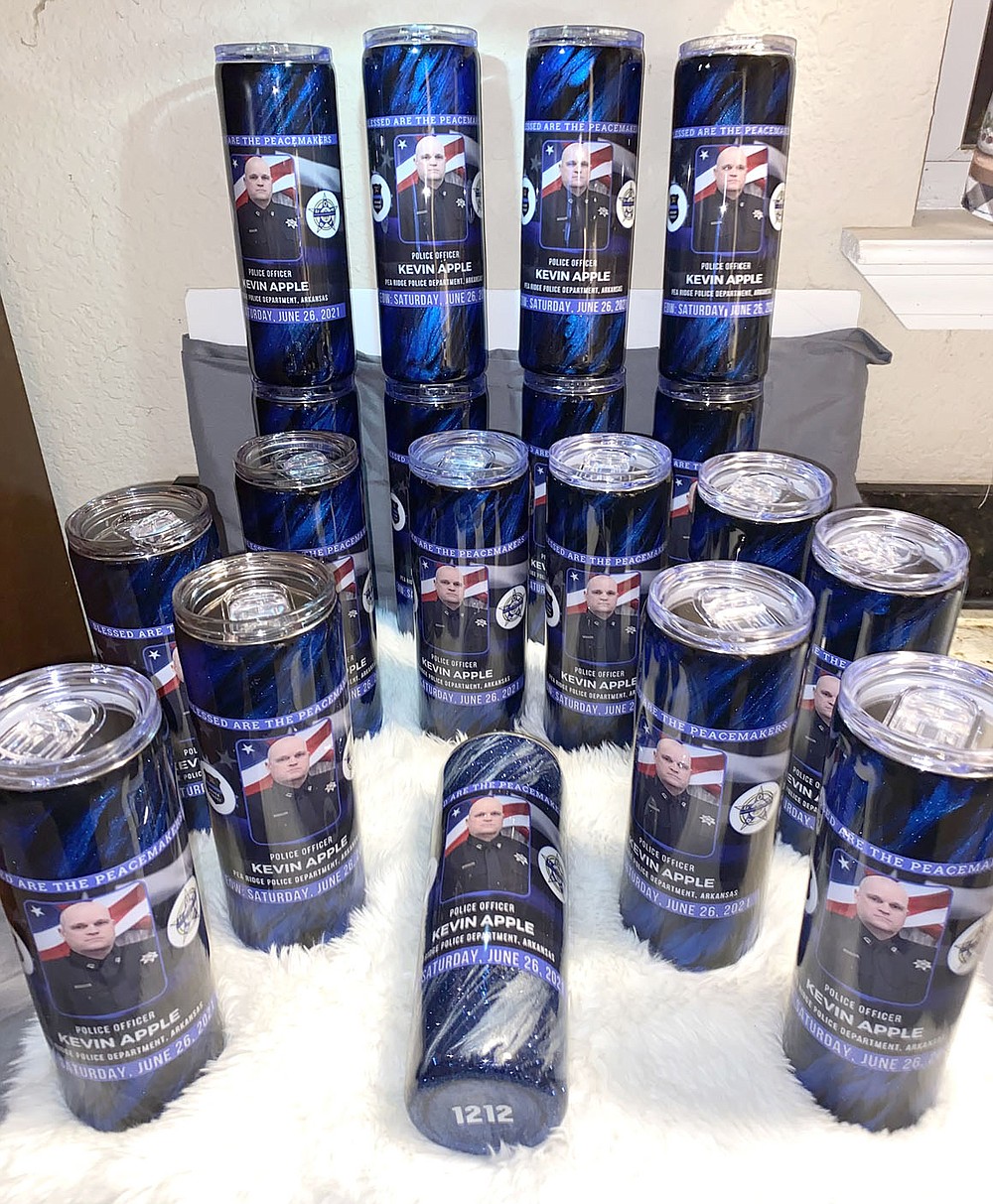