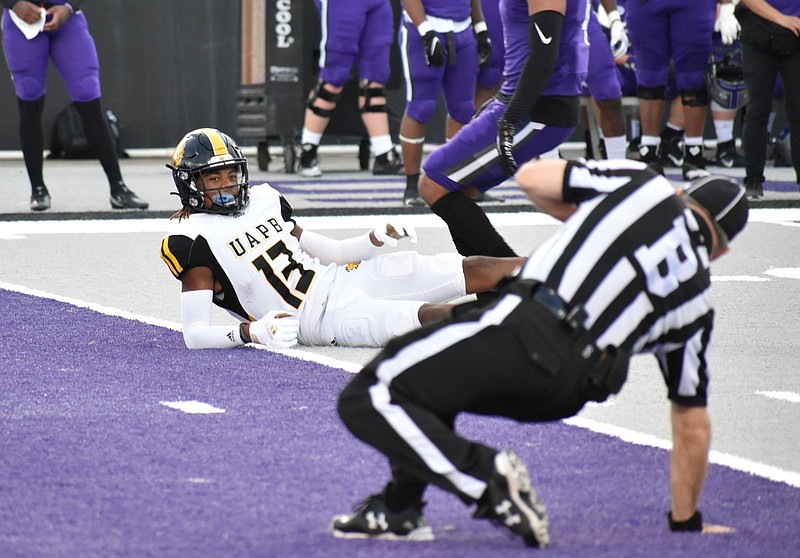 CONWAY -- Once freshman cornerback Andre Fuller returned an interception 49 yards for a touchdown, the University of Arkansas at Pine Bluff turned a game seemingly out of reach into a chance to beat a top-25 team in the Football Championship Subdivision.

Then, 25th-ranked University of Central Arkansas outscored the Golden Lions 14-0 in the final quarter to wrap up a 45-23 victory before a sellout crowd of 11,527 at First Security Field at Estes Stadium on Saturday evening.

Fuller's pick-6 narrowed the Lions' deficit to 31-23 with 4:50 to go in the third quarter of a game that was 31-9 just 6 minutes earlier. Kierre Crossley, who graduated from UCA in December and joined the UAPB program over the summer, ran for his second of two touchdowns at the 5:24 mark to pull UAPB (1-1) within 31-16.

Playing UCA for the first time since 2008, UAPB fell into a 21-0 hole with 13:11 left before halftime, struggling to cool off quarterback Breylin Smith. The junior from Conway High School started off the game with 15 straight completions to set a school record and finished with 329 yards and four touchdowns on 31-of-42 passing with two interceptions.

"We were very flat coming out of the game, and that's very disappointing," Gamble said. "We have to play this game with a lot of enthusiasm, and we didn't do that early on. I don't know if we got here and it was a woe-is-me type of thing or attitude or mentality."

On the kickoff following UCA's opening-drive touchdown, Ralph -- the Golden Lions' All-American return specialist -- fumbled the return back to the Bears. Trenton Dunn stripped the ball from Ralph and Deandre Lamont recovered it at the Lions' 23, setting up the Bears' next scoring drive.

Trying to end the shutout, Perry struck Wilkes and Miller on passes of 40 and 42 yards and ran 7 yards into the end zone -- only for the run to be called back due to illegal formation. Zack Piwniczka capped the drive with a 29-yard field goal with 5:48 left before halftime.

The game was delayed 35 minutes at the 4:38 mark of the second quarter due to a visible lightning strike within 10 miles of the stadium. The Lions started a 53-yard drive that finished with Crossley's first touchdown run.

Hayden Ray tacked on a 32-yard field goal with 10:52 left in the third frame to give the Bears a 22-point lead. UAPB appeared it would narrow the deficit on the next drive after Crossley broke a 61-yard run to the UCA 14, but two small gains, a rush for no gain and incomplete pass intended for Ralph in the end zone turned the ball over the UCA on downs.

Cornerback Solomon Brooks intercepted a pass intended for preseason All-American pick Lujuan Willingham midway through the third quarter. The Lions capitalized with their fourth drive into the red zone of the evening, scoring on Crossley's 2-yard run with 5:24 left in the period to make it 31-16.

Both teams traded punts before UCA orchestrated a 10-play, 61-yard drive ending in a 1-yard scamper for freshman Darius Hale. After Lamont intercepted Perry on a third-and-10 running pass, the Bears set up shop at their own 48 and scored eight plays later on Hale's 5-yard tote.

"We've got to fine tune some things," Gamble said. "Our pass defense has to get better, a whole lot better."

Breylin Smith for his record fast start passing the ball.

UAPB has to make a quick turnaround and host Alcorn State University on Thursday. Kickoff is set for 6 p.m. 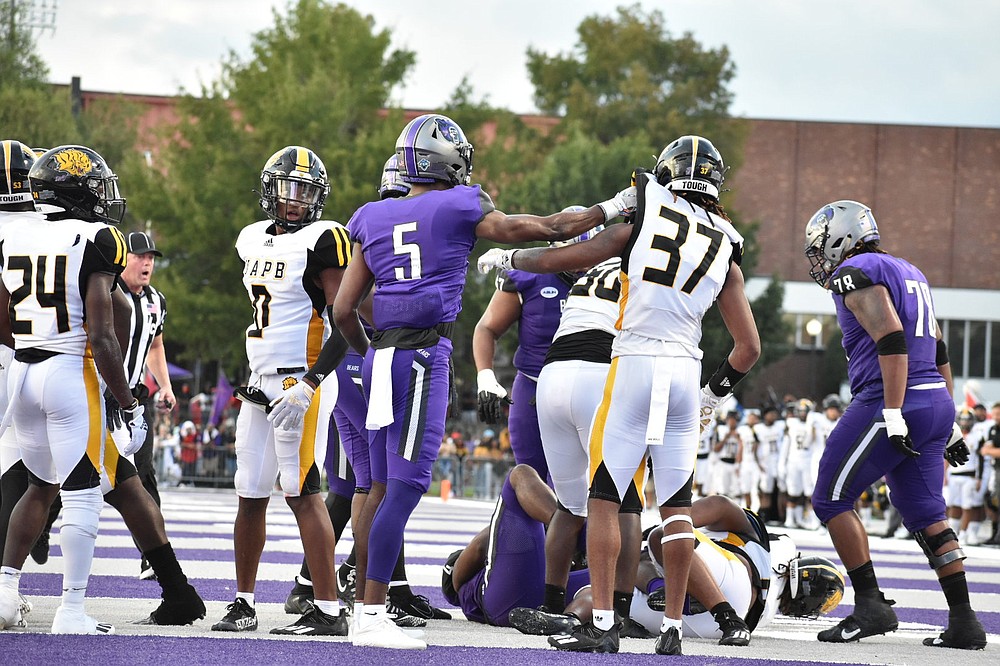