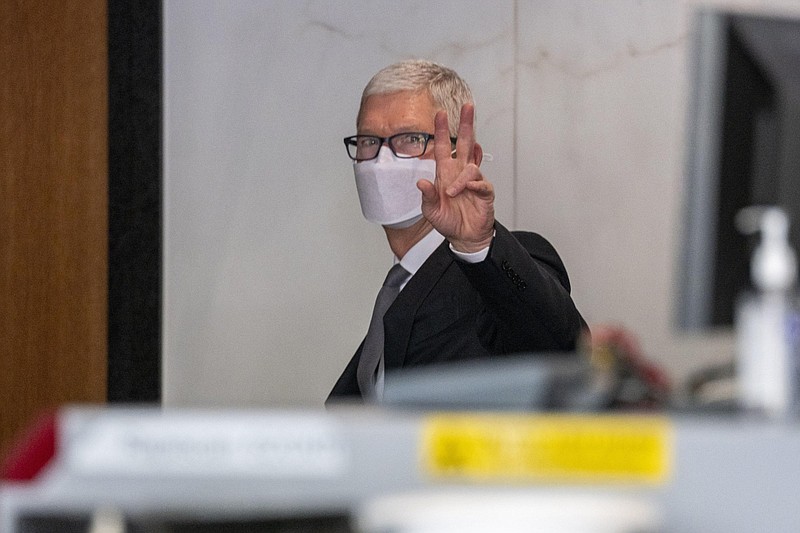 Apple Inc. could tell mobile app developers that it still intends to collect a commission of up to 30% despite a recent court ruling ordering the iPhone maker to let users make payments on the web and questioning whether its much-criticized fee is justified.

The judge's 185-page decision following a May trial in a lawsuit by Epic Games left enough wiggle room for Apple to try to keep its App Store revenue stream largely intact, lawyers and analysts say, but doing so risks logistical hurdles and political blowback.

While U.S. District Judge Yvonne Gonzalez Rogers said Apple can no longer ban developers from using "buttons, external links or other calls to action that direct customers to purchasing methods" other than Apple's payment system, she stopped short of ordering the company to lower its commission.

The order didn't say developers who steer consumers away from Apple's system are entitled to keep all the revenue for themselves from in-app subscriptions and other digital items.

Instead, the judge wrote, "Apple could still charge a commission on developers. It would simply be more difficult for Apple to collect that commission."

"Apple has the legal right to do business with anyone they want," said Paul Gallant, managing director at Cowen & Co. "So, Apple could change the terms of the App Store and say to developers, 'Regardless of where you collect your revenue, you owe us 30%.' And if developers refuse to pay it, Apple would be free to de-platform them."

Gonzalez Rogers wrote that Apple hasn't shown that its 30% rate levied on larger-scale developers is "justified." She didn't ask Apple to change it, however.

The judge found that Epic's collection of revenue outside of Apple's in-app purchase system for the popular game "Fortnite" violated their contract and must be paid back at the 30% rate. Last week, Epic Games Chief Executive Officer Tim Sweeney said his company has paid Apple $6 million for commissions it circumvented in Fortnite last year.

But beyond the court fight, it's unclear how Apple would collect revenue from its large group of developers if they were to use their own web-based payment systems. Apple CEO Tim Cook alluded to that challenge when he testified at the trial.

"We would have to come up with another system to invoice developers, which I think would be a mess," he said.

Asked by the judge directly if developers would still need to pay Apple if they collected payments from consumers outside of the iPhone maker's in-app purchase system, Cook said, "Yes, of course."

It would be an extraordinarily complex undertaking. Such a system would need to track how much money a developer is actually generating from consumers and retroactively collect a portion of it.

Amid all the pressure Apple faces globally from lawmakers and regulators to loosen its grip on app distribution, an aggressive effort to recoup revenue from web-based purchase risks stirring an uproar.

"The more likely path is for Apple to think seriously about reducing its commissions," Gallant said.

Cook testified that the 30% fee covers developer tools, distribution and customer service in addition to payment processing. Continuing to charge such a high rate for developers that don't use all those services might be perceived as unfair.

Prior to the ruling, Apple had already agreed, starting next year, to let "reader" apps -- which include video, music, news, books and other media -- to point users away from its store to complete transactions on the web. Having made that concession, Apple might find it harder to continue to collect commissions from other developers.

The silver lining for Apple is that some developers may decide it's not worth the effort to leave the company's existing payment system in light of the benefits it offers including simplicity, refund processing and security.