Global warning: Climate Museum’s informational project the first of its kind in the US 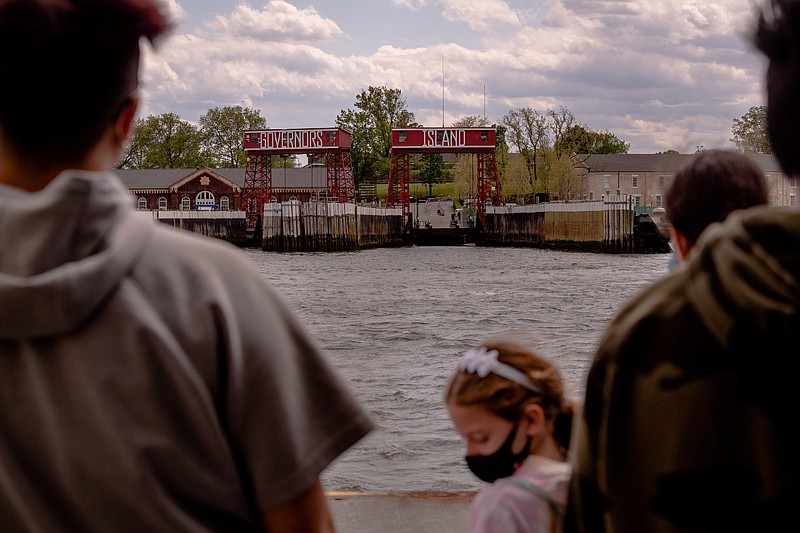 Visitors to the Climate Museum can access Governors Island via ferry. (Photo for The Washington Post/Hilary Swift)

Miranda Massie said she was going to do it herself, whatever it was.

That morning, the last of July, Massie, the founder and director of the Climate Museum, stood in an old military officer's house on Governors Island, one of the emerald studs in New York's shimmering harbor necklace.

First, she rehung a giant orange poster that had fallen overnight. Then she stepped outside, answered a question from a volunteer and another from a staff member, scraped a Dole sticker off a bunch of organic bananas set out for future visitors, tucked on a baseball cap, posed for a picture and quickly shifted gears, her eyes flashing when asked about the fossil fuel industry's role in climate change.

"Their disinformation has delayed action, resulting in the mayhem we see. But just as 'there are bad actors' isn't the point, the community and art and coming together we are facilitating today isn't the point either," she said, lighting up as she continued to explain.

Massie was on Governors Island that day to launch a poster campaign called "Beyond Lies," a collaboration between the museum and Mona Chalabi, data editor at the Guardian US, as well as a journalist and illustrator. The campaign explores the culpability of the fossil fuel industry in stalling climate action.

This mission — better informing the public about the industry's actions over the last few decades — is a piece of Massie's larger project with the Climate Museum, which is the first of its kind in the United States. 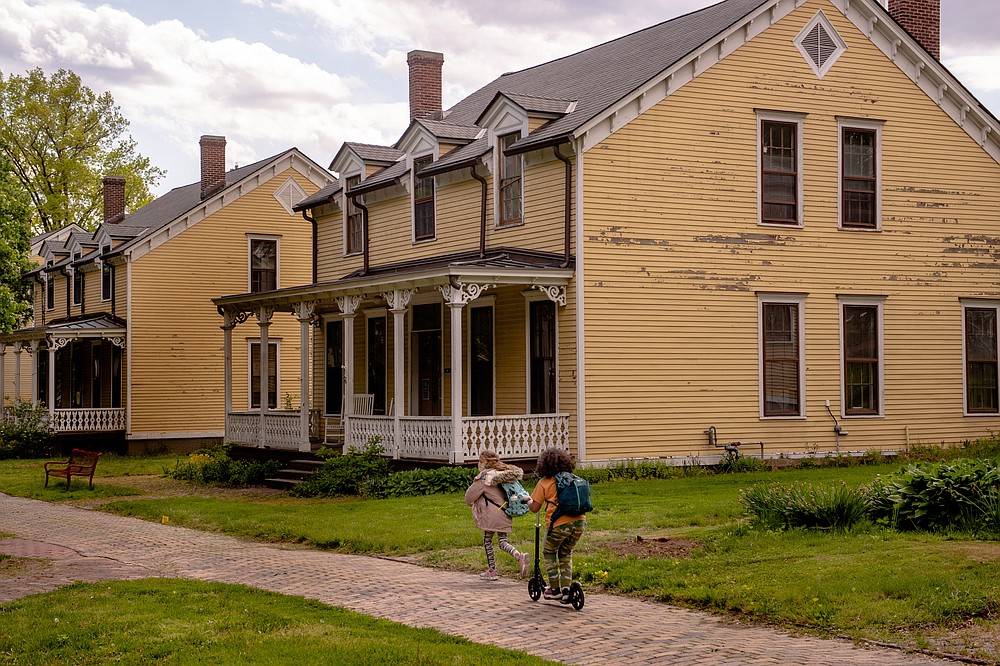 The Climate Museum is temporarily using this Governors Island building to host exhibitions. (Photo for The Washington Post/Hilary Swift)

In the last several years, the organization has had about 80,000 visits to its in-person programming — probably an underestimate, as it's impossible to know how many people come across a public art installation. It has always aspired to bring discussions about climate change out of the science silo to the broader public. Since its inception in 2015, though, the institution has transformed from an organization using art to raise awareness about climate change to an institution focused on the intersection of art, climate science, justice and activism — and how each can be used in service of the others to urge meaningful climate action in our political system and our culture.

Rather than building an explicitly educational space or a climate-art gallery, Massie has created a museum that aims to make people feel that collective action is possible and necessary, and the only hope we have of saving the planet.

"The real change comes in what people feel in relation to each other, and in relation to their own capacity, their own agency in the world," she said. "That's where the transformation comes, and that's when people are able to decide to act."

But Massie used to be like so many of us, kind of. She avoided reading climate-change news. For years, she repeatedly rented, but never got around to watching, "An Inconvenient Truth," Al Gore's 2006 documentary about climate change, because she feared the resulting sense of dread would be overwhelming. And in her one small act of youthful rebellion against her Earth-conscious father, she decided that environmentalism was "the province of the privileged — for people who didn't have more pressing and immediate concerns."

However, she had the nagging sense that climate change was going to come into her life eventually. If she watched the movie, she thought, she knew deep down she'd have to give up everything else she was doing to try to change the world.

Before that happened, Massie tried to change the world in a different way: She worked as a civil rights attorney and public interest lawyer, fighting for civil rights, affirmative action, environmental justice, immigrant justice and disability rights in Detroit and New York. 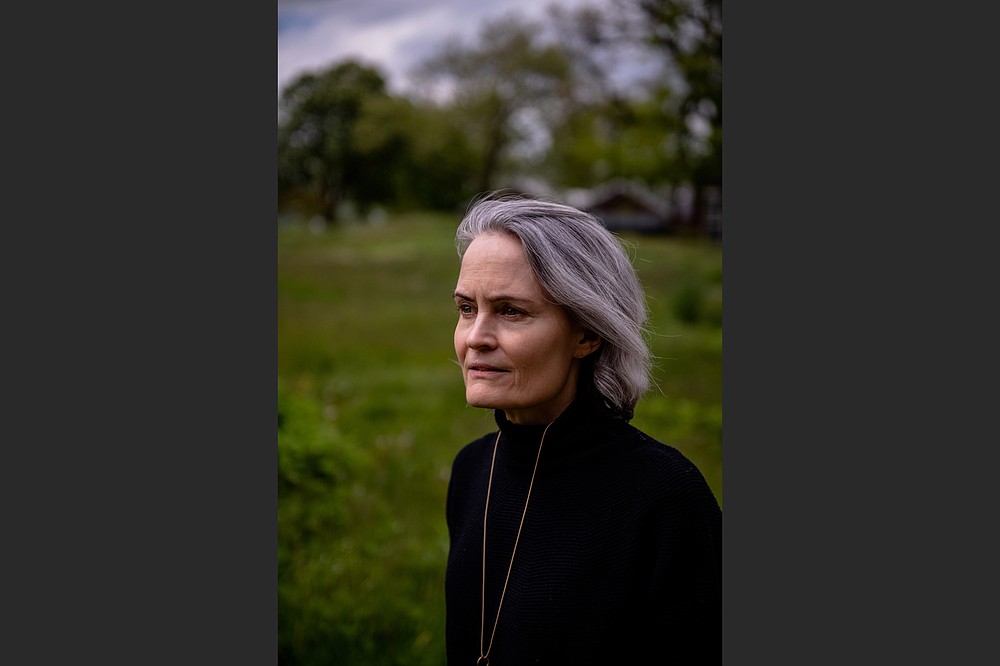 Miranda Massie worked as a civil rights attorney and public interest lawyer before founding the Climate Museum. (Photo for The Washington Post/Hilary Swift)

But as the crisis inched closer, Massie felt like she couldn't avoid it anymore.

Starting in 2008, she was working on environmental justice issues in New York. Her main case was about the city's public schools, where PCBs — highly toxic industrial compounds that can result in severe developmental and neurological problems with prolonged exposure in fetuses, infants and young children — were leaking from light fixtures into several hundred classrooms, including one led by a pregnant teacher.

While fighting that case, she said, she recognized "that without the right and the ability to thrive in your environment, all other claims to equality, all other civil rights, are at best much more difficult to enforce, and at worst, kind of irrelevant."

In 2012, she further bore witness up close to the reality of environmental justice and the destruction of climate change in the form of Hurricane Sandy. Those events also coincided with a major professional setback — being turned down for a leadership role at her public interest law organization — which taught her not to be afraid of failing in public.

The confluence of those different story lines pushed her to become, rather suddenly, someone completely committed to climate concerns. She became someone who, without curatorial training or a background in art, climate science, public education or fundraising, quit her job and changed careers, taking on a significant risk to start the country's first museum dedicated to climate change.

Getting it off the ground — putting together exhibitions and programming, raising nearly $4 million, amassing grants from the Mellon Foundation and the Rockefeller Brothers Fund, along with governmental grants — hasn't been easy work. But close observers say that if anyone can do it, it's Massie, although she is practically allergic to centering herself in the narrative or taking credit for almost anything the museum has achieved.

"Many of us in public service are trying to figure out our highest and best use," Peter Knight, an early adviser to the Climate Museum and chair of its board, said. "The fact that [Massie] could pivot at that point in her life to say, 'I was doing some important things, but my highest best use could and should be to solve this problem,' ... well, it's hard to put into words, but that takes a great deal of courage to do."

But this past summer, that day in July at the old officer's home, it felt a bit like a party. There was music by Dr. Drum, an Afro Rican bomba drummer and social justice activist from the Bronx, joined by two bandmates. Student volunteers from local high schools handed out smaller versions of the posters to passersby for them to read at their leisure, or, preferably, to take home and hang in their own neighborhood or share with others. All of the posters are also downloadable, so people everywhere can participate in the campaign.

It was the museum's first event since the covid-19 pandemic stalled previous plans for exhibitions and opportunities to bring people together to learn and organize for climate action in person. Massie, with a shock of so-white-it's-almost-purple hair atop a petite frame, was thrilled by how many people stopped by the event, including many who had never heard of the museum before, engaging with her brand of climate activism for the first time.

The Climate Museum still doesn't have a physical location, although Massie hopes to move into a permanent home in New York in the next few years. The Trust for Governors Island, a nonprofit created by the city to manage and develop the former military base for greater public use, has granted the museum a seasonal exhibition space.

Since each project or exhibition is a negotiation for space and funding, the museum has managed to stay nimble, which was an asset during the pandemic. The staff already knew how to leverage their following and their online presence to engage the community in what Massie calls "the climate curious" — a group of people identified by researchers as those who are interested and "freaked out" about climate change, but don't have anyone to talk to about it. 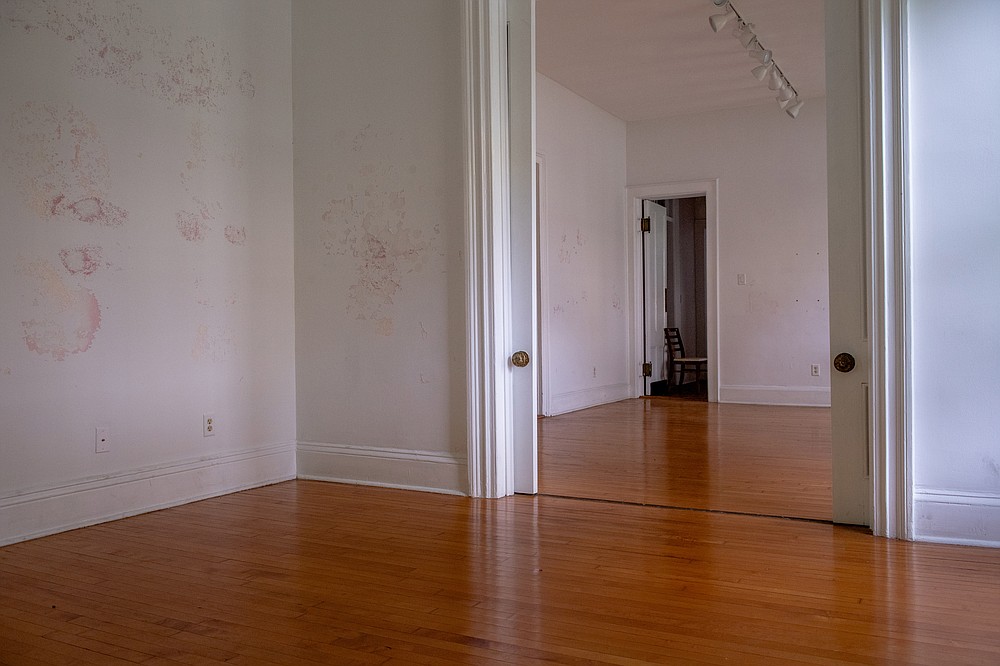 The Climate Museum has been granted a seasonal exhibition space, but Miranda Massie, founder and director, hopes the museum can move into a permanent home in New York in the next few years. (Photo for The Washington Post/Hilary Swift)

Part of the museum's ability to adapt, close observers say, comes from the example Massie sets for the organization. The museum's success also derives from Massie's unique ability to engage and inspire. Those who encounter the museum sense that there is work to be done that they, particularly and specifically, can do.

Maggie O'Donnell started as a curatorial intern at the Climate Museum in 2019 after graduating from college, and has stayed to work at the museum since then. She now serves as the research and program coordinator. O'Donnell was previously inclined toward environmentalism and climate action, though she viewed her activism as "more personal," she said.

Working at the museum, specifically as a docent during the "Taking Action" exhibition, changed how she thought of collective action and movement building, she said. The way that the Climate Museum practices engaging new communities and bringing people along is "not forceful, but a celebration of where people are at on their climate journeys and how can we help you take action and feel part of something bigger than yourself."

The act of gathering is one thing that generally makes people feel part of something bigger than themselves, and assembling has been difficult during the pandemic. But the museum found a way by putting together a series of virtual panel discussions recorded and uploaded to YouTube titled "Talking Climate," covering everything from climate law and displacement, to public health and the food system. According to Massie, 85% of viewers surveyed said it would make them take some form of action on climate change.

But one of the museum's most successful events — in terms of public engagement and press attention, at least — was its 2018 show, "Climate Signals."

For that, the museum worked with Justin Brice Guariglia, an artist and photographer, and placed solar-powered LED highway signs — far away from roadways so as not to distract drivers — with varying messages about climate change in locations around all five boroughs of New York. In partnership with neighborhood groups, it targeted locations where the city is especially vulnerable to sea level rise.

Massie also wanted to ensure that the installations drew attention to the social and environmental injustices, placing signs in neighborhoods where people of color experience disproportionately higher temperatures and more pollution than white neighborhoods, as well as sites in Lower Manhattan and Wall Street, icons of global finance and wealth.

For several months, people could see signs, in the languages most commonly spoken in each neighborhood — English, Spanish, Chinese, Russian and French — heralding warnings and messages about climate change: "Climate Change at Work," "No Icebergs Ahead," "Alt Facts End Now," "Abolish Coal-onialism," "End Climate Injustice," "Vote Eco Logically" and others.

One day, the staff sent scientists out to stand at some of the signs and answer questions visitors might have about climate change. They anticipated questions about climate science. Most of what they got, however, were questions like, "What can I do to make a difference?"

That, along with her own evolution as the world hurtles ever faster toward mass extinctions, rising sea levels, increasingly furious forest fires and more, helped change what she wanted to accomplish with the museum. Massie said.

"Art is built into who we are and how we're communal," she said. "We always try to bring art and science together, and without the science, we'd be nowhere ... But it's not as important for people to learn the details of climate science as it is for them to feel connected in the human project of changing the world."