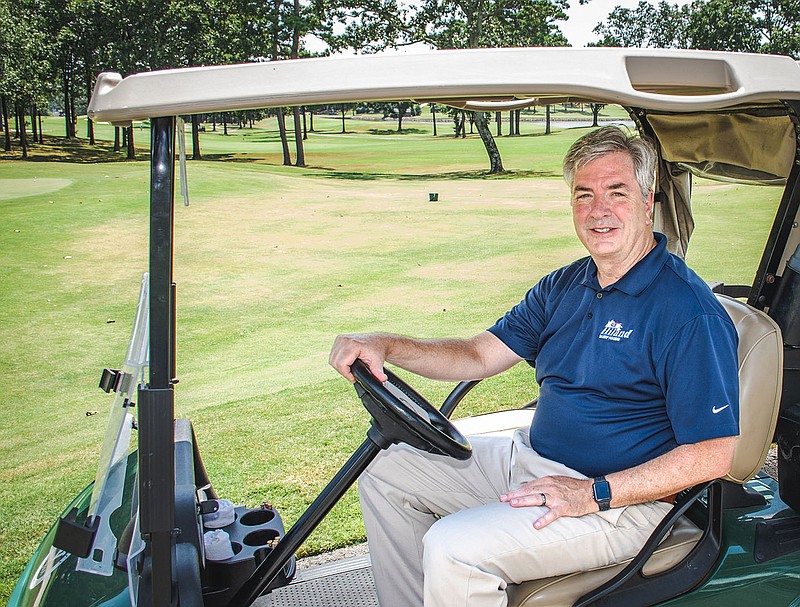 Mike Flagg has trouble fitting golf in his work schedule but he makes time for Ronald McDonald House.

"I work a lot so I don't golf a lot," says Flagg, division manager of Hiland Dairy.

Recreationally, that is ... he is making time for a great deal of golf as chairman of the Ronald McDonald House Charities of Arkansas' 28th annual Golf Scramble, one of two major fundraisers for the organization.

The Scramble is being presented by VFW Post 9095 and will be held at Pleasant Valley Country Club on Sept. 27, with flights at 8 a.m. and 1 p.m.

Lunch -- beef tenderloin sandwiches fresh-grilled on the course -- will be served between rounds, and beverage and snack carts will be available for any golfers who want to grab refreshments throughout the day. There will also be a Bloody Mary bar and margaritas will be available at the party stop.

A $160 buy-up allows golfers to play casino-style games -- craps, poker run, spin the wheel or blackjack for chances to win yardage or extra mulligans -- right on the course.

"While you're waiting your turn to tee off, you have an opportunity to play a Vegas-style game, spin a roulette wheel or roll some dice," Flagg says. "You can win a prize or win an advantage in the tournament. Dawn Scott will be riding around on one of the fun and games carts and they'll pull up and challenge the players to a game and they will have a chance to win a prize."

Other celebrities, including Walt Coleman, Fred Marshall, Joe Kleine, Steve Sullivan and Clinton McDonald, will be visiting with players throughout the tournament day. Players will have a chance to buy time for a team to play nine holes of golf with one of those celebrities.

"It's $1,000 for nine holes but some of these celebrities are gigantic sports stars," Flagg says. "Joe Kleine played on the world champion Chicago Bulls with Michael Jordan and Scottie Pippen, and he played with Larry Bird with the Celtics, he's played with the Lakers, he won Olympic gold. And then Walt Coleman officiated in the NFL for 31 years and he can tell you all kinds of stories about the NFL and different players and coaches."

Money raised through the Golf Scramble helps provide lodging at the Ronald McDonald House for families whose children are receiving life-saving medical care in the area. Those families might need a place to stay for one night or more than a month, and Ronald McDonald House serves as a "home-away-from-home" while their children are in the area for hospital stays or physician appointments.

These funds also support the Ronald McDonald Care Mobile, a 40-foot mobile pediatric dental office through which children in low-income families around the state can receive free dental care, and the Ronald McDonald Family Room, respite accommodations for families with babies in the Neonatal Intensive Care Unit at the University of Arkansas for Medical Sciences.

Flagg has played on a Ronald McDonald House tournament golf team for each of the last 10 years, but his role as chairman of the event will keep him off the course this year.

"I'm sponsoring a team, and they'll probably win it this year since I'm not on it," says Flagg, adding that Hiland has long been a sponsor of Ronald McDonald House. "We contribute product to the tournament. We have tea and chocolate milk, orange juice ... oh, and ice cream. We wanted to be involved in Ronald McDonald House because they're so involved in the community and helping families that are in a crisis situation."

"It's not just milk, it's orange juice, cheese, yogurt, cottage cheese, anything they want," he says. "We have also offered ice cream for birthday parties or for celebrations for people who are getting out and going home."

Flagg was a "late starter" in the game of golf.

"I started in my late 40s and I've been playing for about 15 years," he says. "I think it was just a time in my life when I could have the time to go out and spend three or four hours to play a round of golf and just really enjoy the outdoors and relax. It's so much fun when I do get to play."

He hopes the light-hearted stakes involved in the Golf Scramble bring fun for everyone involved.

"It's all about the kids," he says. "We know that if people are having fun they'll come back year after year and play some more."

The golf tournament is usually held in conjunction with a Vegas-style event the night before, but because of an escalation of covid-19 cases that event won't be held this year.

The Ronald McDonald house will host another casual, outdoor event this fall, Blue Jeans and Bubbles, set for 4-8 p.m. Saturday, Oct. 9, in SoMa, with three ticket levels, ranging from $35 to $75.

Each level includes an entree from a SoMa eatery and champagne sorbet from Loblolly Creamery, and the most exclusive allows for unlimited access to a signature champagne bar and a commemorative flute. There will be entertainment by Bijoux and Juicebox Jake and the Lunchables. 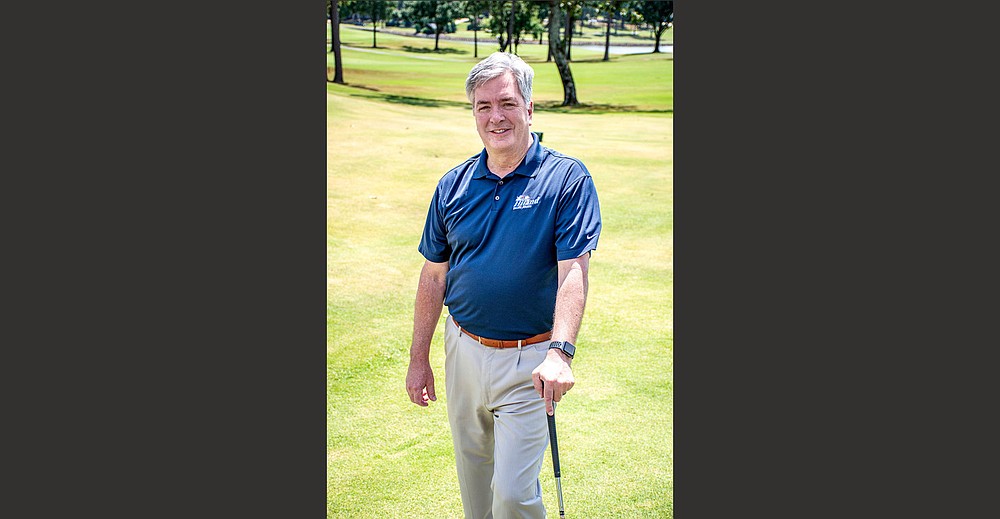 Mike Flagg, division manager of Hiland Dairy, has played in the Ronald McDonald House Charities of Arkansas’ 28th annual Golf Scramble for the past 10 years. This year, he is the chairman of the Sept. 27 event at Pleasant Valley Country Club. (Arkansas Democrat-Gazette/Cary Jenkins)