He inadvertently steered right up to her heart 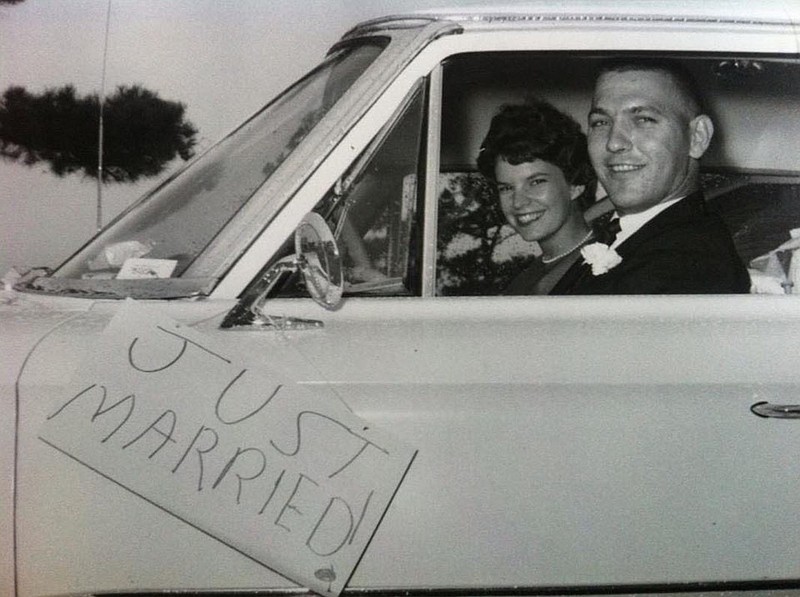 Cissy and Bob Skarda were married on Aug. 10, 1963. They had only been able to see each other on weekends since they met, but they knew they were right for each other. “We did have a lot of fun,” Cissy says. “We still do.” (Special to the Democrat-Gazette)

Bob Skarda knew Cissy Gillespie was the one for him because he unwittingly steered his car toward her house when someone else was in the passenger seat.

He fell for Cissy the first time they met but he went out with one other woman. His thoughts were on Cissy, though, not so much on his date.

"I was taking her home and I just subconsciously took her to Cissy's house," he says.

He played off the unintentional detour as an intended trip to a store in the area to buy cigarettes, and his focus has been on Cissy ever since.

Bob and Cissy were introduced by Bob's sister-in-law, who taught elementary school with Cissy in Rose City in 1962. She and Bob's brother enjoyed Cissy's company and had decided Bob needed to meet Cissy.

His brother searched for Bob all around Little Rock one afternoon -- Bob's birthday, May 25.

"He drove all over town with me and his wife, trying to find Bob so they could introduce us. They couldn't find him," Cissy says.

The next day, Bob's brother and sister-in-law invited them both over to play bridge. Cissy was initially put off by Bob's sense of humor, but she later realized that was one of the things that attracted her to him.

"He's actually a big tease, and fortunately I'm a good sport, but it took me a little bit to figure out that's what it was," she says.

They had so much fun playing cards that afterward they went bowling, played miniature golf and had dinner at the Toddle House.

"We just did one thing after another," Cissy says.

Bob was in sales and traveled five days a week, so they could only go out on weekends.

"We really didn't have much time together, because we could only see each other on Saturday afternoons and Sundays," says Bob, who was busy with regular sales meetings on Saturday mornings.

They took full advantage of their time together, often swimming at Willow Beach and Lake Nixon, hitting balls on the tennis court or picnicking on Petit Jean Mountain.

"We both like the outdoors and we both like to have fun," Cissy says. "There are a lot of things we like to do together, still."

They couldn't afford to make regular long-distance calls during the week, so they wrote letters.

They got engaged exactly a year after they met.

"He kind of caught me off guard," she says. "He asked me what I thought about getting married. I didn't say no, but I just didn't say yes, either. He came back the next night and pinned me down and I said yes then."

They were married three months later, on Aug. 10, 1963, at Our Lady of Good Counsel in Little Rock.

The church was being remodeled at the time so their wedding ceremony was in the gym.

"When I drove up to the church it started storming and Bob's best man and the ushers had to wrap me in a sheet to get me inside the church," Cissy says. "It was lightning and storming, and I thought, 'Oh my goodness, is this an omen or something?'"

The sun came out in plenty of time for their reception at her parents' home.

They went to Destin, Fla., for their honeymoon, and on the way they faced some scary moments.

"We got run off the road and into a field," she says. "And I also found out on the way that we didn't have reservations in Destin. I had assumed my husband made reservations."

Back then, there were only two hotel options in the area. One of those hotels was full, but the second one offered the perfect opportunity.

When Bob told him they were newlyweds, the man behind the desk offered him a room for $20 a night with complimentary chilled champagne.

"It was quite a welcoming party," Bob says.

Bob continued his business travels for 12 years after they married. He got a new job after that -- one that allowed him to be home during the week.

Cissy saved all of the letters Bob wrote her during their yearlong courtship, and she recently made copies of them for each of their daughters -- Toni Moutos, Suzanne Woodward and Dottie Lou Benedetti, all of Little Rock.

They didn't have much time to get acquainted before they married.

"For two strangers, we did have a lot of fun," Bob says.

They have, of course, gotten to know each other much better through 58 years of marriage.

The first time I met my future spouse:

He says: “I thought she had really good-looking legs. And she was so easy to talk to.”

She says: “I don’t think either one of us were nervous. We were ready to be married. We were looking forward to starting our life together.”

He says: “I had been looking forward to it and it was exciting to be there and have everyone there congratulating us and enjoying the time with us.”

She says: “I think you always have to look for the good in somebody and have a positive attitude. And I think faith plays an important part of marriage.”

He says: “Be respectful.” 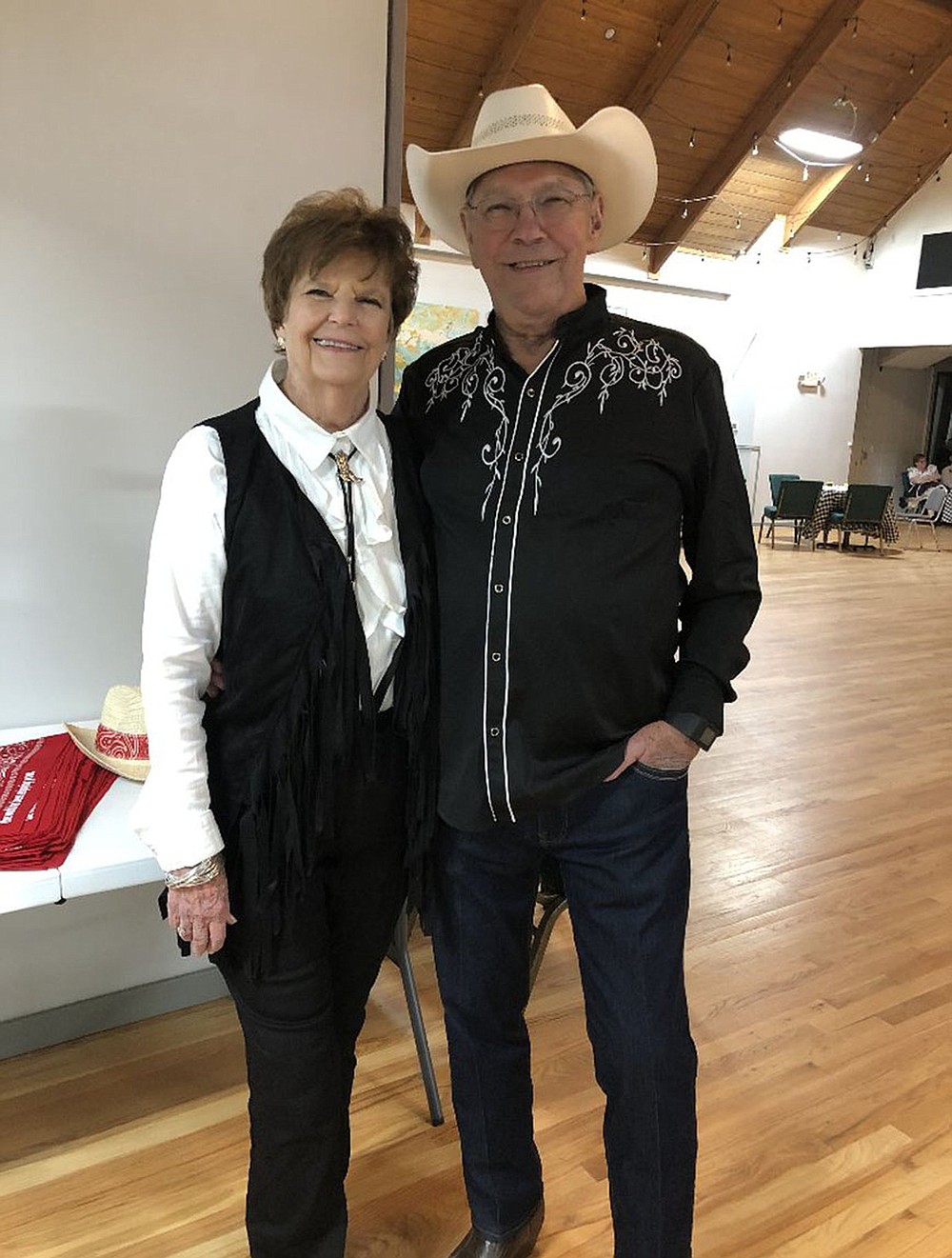 Cissy and Bob Skarda have enjoyed each other’s company throughout their 58-year marriage. They celebrated Cissy’s birthday a few years back with a hoedown. Bob knew Cissy was the one for him right after they met in 1962. “She was so comfortable. We felt very comfortable together,” he says. (Special to the Democrat-Gazette)

Print Headline: He inadvertently steered right up to her heart