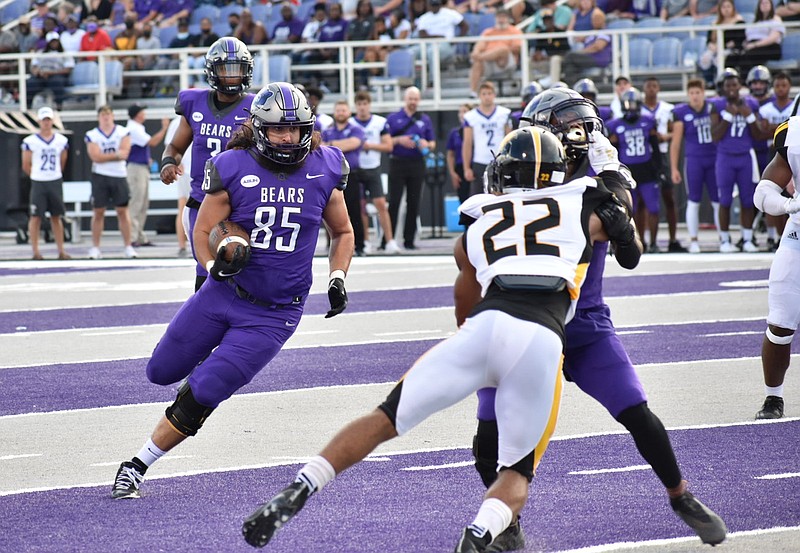 With 7:02 left in Saturday's game against Arkansas-Pine Bluff, Lamont and FCS No. 25 Central Arkansas had just gone up two scores less than a minute before a crucial third and 10 for the Golden Lions.

Lamont, a nickel back, was dropping into Cover 2 when he noticed UAPB quarterback Skyler Perry start to scramble.

Once he got to the line, Perry threw a pass intended for one of his own toward the UAPB sideline. But instead of a Golden Lion completion, Lamont got under the throw for an interception, effectively icing what would be a 45-23 win for the Bears on Saturday at Estes Stadium.

"Our guys responded," UCA Coach Nathan Brown said. "And that's what you expect good teams to do. I think, still think, we have a good team, I really do. And I think they played that way at times tonight."

Coming off back-to-back losses to start the season, the Bears opened the game scoring 21 unanswered points and finished the first two quarters with more than half of their total yardage. It proved crucial on a night when the Golden Lions made it a one-possession game in the third quarter.

The UAPB comeback was spurred by the Bears hitting a crucial roadblock -- a 30-minute lightning delay with 4:47 left in the first half.

"I didn't think we handled the lightning delay and halftime very well at all," Brown said.

After UCA kicker Hayden Ray hit a field goal early in the third to put the Bears up 31-9, UAPB responded with a touchdown from running back Kierre Crossley. On UCA's next drive, defensive back Andre Fuller picked off UCA quarterback Breylin Smith at midfield and returned it 49 yards for a touchdown, cutting the Bears' lead to 31-23 points. The pick-six was one of two interceptions Smith threw in the third quarter.

"I was pretty frustrated about that one," Smith said about the pick-six. "That's a stupid decision. Being an older guy, playing as many games as I have, you can't make mistakes like that and expect to win big games."

Despite the third-quarter miscues, Smith had UCA's best offensive performance in the win. He finished the night 31-for-42 passing with 329 yards and 4 touchdowns. He also set a school record by completing his first 15 passes, breaking a previous record of 14 consecutive set by Brian Stallworth in 2001 against Henderson State.

"I couldn't do that without my teammates," Smith said. "You don't complete 15 in a row throwing, to just some average Joes."

Freshman Darius Hale produced late, as his two touchdowns came in the fourth quarter. He finished with 76 rushing yards.

On defense, Lamont was the standout, not only for his interception, but for finishing with four tackles, a fumble recovery and a blocked extra point.

For UAPB, Perry led the way with 212 total yards of offense. Crossley, a former UCA running back who transferred to UAPB this summer, led the Golden Lions 82 yards rushing. He also scored two of the Golden Lions' three touchdowns. 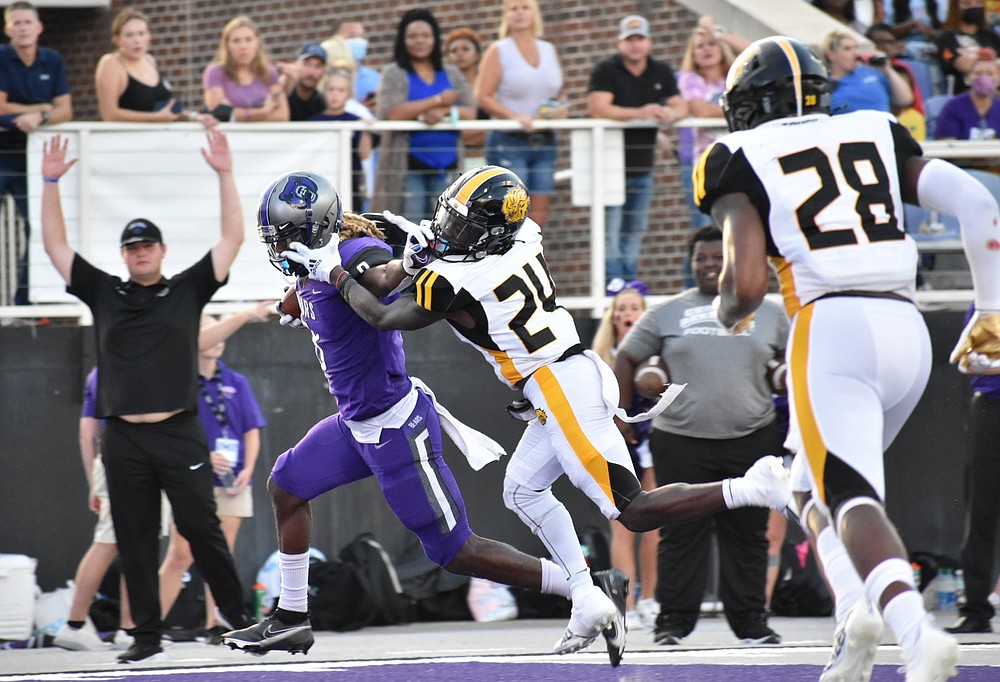