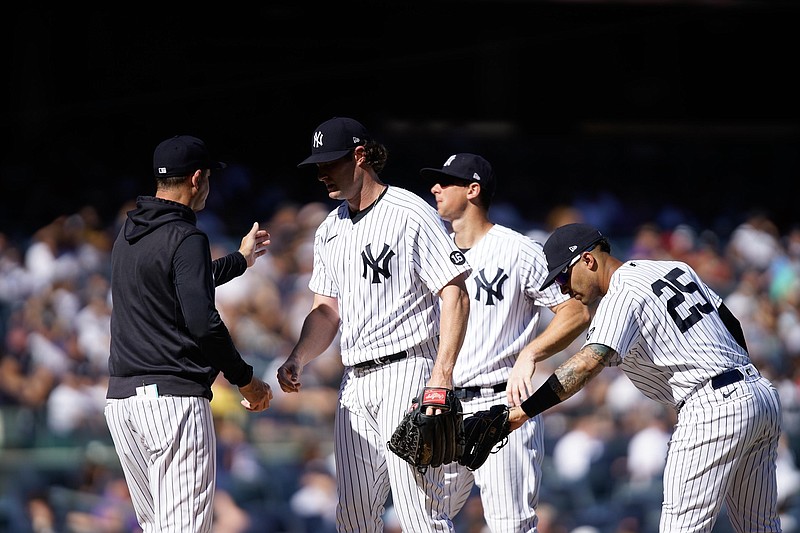 Tatis' brutal error and mental mistake -- he chose not to make an easy throw to second or third for a forceout -- came one day after his dugout dustup with teammate Manny Machado.

"Looking back, maybe you'd take the out at second," Padres Manager Jayce Tingler said. "He came in ready to make a play in case they were tagging there, so that's where his mindset was, to catch and go home. After the ball went on the ground, he just went with those instincts."

San Diego starter Jake Arrieta left soon after the error with an injury.

St. Louis completed a three-game sweep and opened a three-game lead for the second NL wild card. The Cardinals had not won eight in a row since Aug. 7-15, 2018.

St. Louis loaded the bases with no outs in the first when Tommy Edman doubled, Paul Goldschmidt singled and Tyler O'Neill walked.

Arenado hit a pop to center that Tatis settled under 226 feet from the plate and allowed to bounce out of his glove. Rather than throw to second or third for an easy forceout, the 22-year-old center fielder with the $340 million, 14-year contract rushed a one-hop throw that reached the plate well after Edman scored standing up.

Dylan Carlson followed with a sacrifice fly, Edmundo Sosa hit an RBI double and Harrison Bader greeted Stammen with a two-run double for a 5-0 lead.

MARLINS 6, PIRATES 5 (10) Lewin Diaz led off the bottom of the 10th with a two-run home run off Chad Kuhl, denying Pittsburgh a sweep of Miami.

CUBS 6, BREWERS 4 Patrick Wisdom set a Cubs rookie record with his 27th home run, hitting a three-run drive that capped a five-run comeback in the eighth as Chicago defeated Milwaukee.

BRAVES 3, GIANTS 0 Eddie Rosario became the second Atlanta player in a month to hit for the cycle and Adam Duvall also homered, his 36th, as Atlanta defeated San Francisco.

INDIANS 11, YANKEES 1 Gerrit Cole stumbled when New York needed an ace-like outing, allowing seven runs over 5 2/3 innings in a costly defeat to Cleveland. Harold Ramirez hit a pair of two-run singles and drove in a career-high four runs before leaving with a right shoulder injury.

ATHLETICS 3, ANGELS 2 Shohei Ohtani struck out 10 but went winless in consecutive starts on the mound for the first time since June as Oakland defeated Los Angeles. 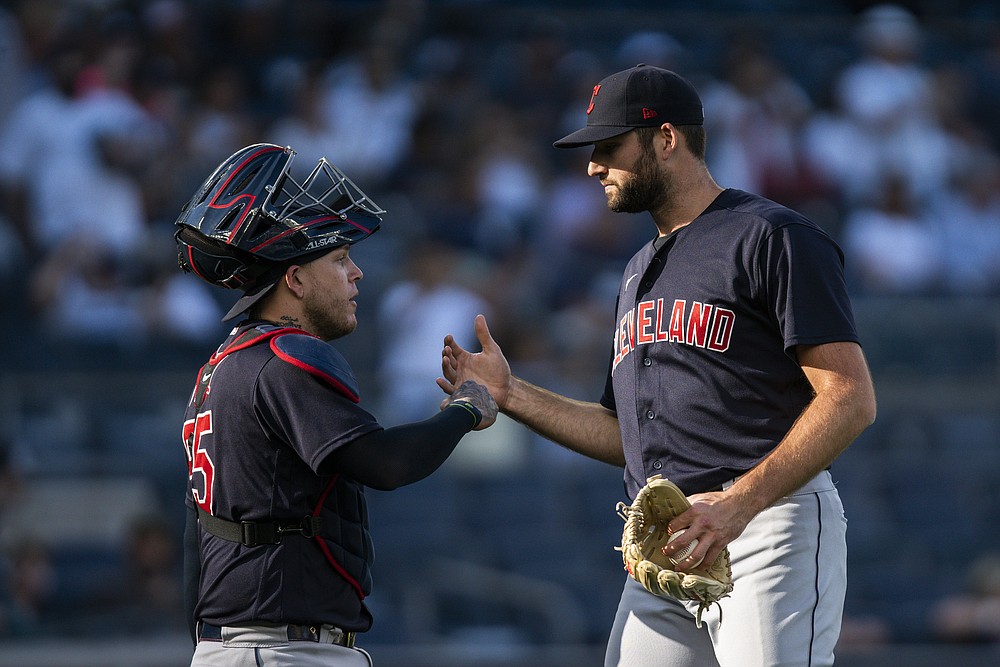