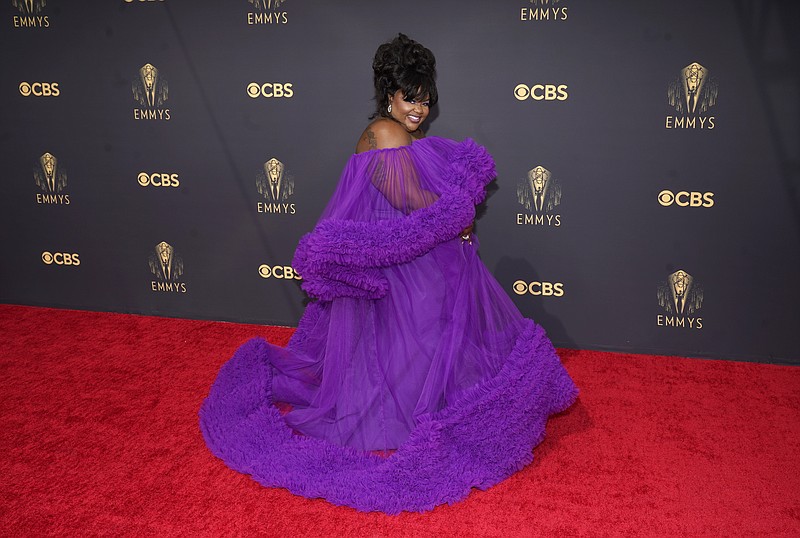 LOS ANGELES -- Netflix's "The Crown" and "The Queen's Gambit" combined with Apple TV+'s "Ted Lasso" to win top series honors Sunday at the Emmy Awards, a first for streaming services that cemented their rise to prominence in the television industry.

"Ted Lasso, " a series about a U.K. soccer team and its unlikely American coach, was recognized as best comedy series.

"I'm at a loss for words," said Peter Morgan, the creator and writer "The Crown."

Olivia Colman and Josh O'Connor, stars of "The Crown," won the honors for top drama acting. Jason Sudeikis, star of the warm-hearted "Ted Lasso," and Jean Smart of the generation-gap story "Hacks" won on the comedy side.

Colman plays Queen Elizabeth II, with O'Connor as her son Prince Charles, in "The Crown."

"I'd have put money on that not happening," Colman said of her award, calling it "a lovely end to the most extraordinary journey" with the show's cast and creators. She cut her remarks short, explaining why she was growing tearful.

"I lost my daddy during covid, and he would have loved all of this," she said.

Sudeikis, who also produces "Ted Lasso," gave a speech that evoked the chipper, upbeat character he plays in the series.

"This show's about families and mentors and teammates, and I wouldn't be here without those things in my life," Sudeikis said.

Smart, who received a standing ovation, began her acceptance speech on a somber note: Her husband actor, Richard Gilliland, died six months ago.

Smart said she "would not be here without him" and his willingness to put her career first. She also praised their two children as "courageous individuals in their own right."

Earlier in the evening, ebullient "Ted Lasso" castmate Hannah Waddingham, winner of the best supporting actress award for a comedy, said Sudeikis "changed my life with this, and more importantly my baby girl's."

The show's Brett Goldstein, who won the counterpart award for supporting actor, called the show the "privilege and pleasure" of his life.

Gillian Anderson and Tobias Menzies of "The Crown" were honored for their supporting performances in a drama. The series also picked up writing and directing honors.

Anderson, who played British political leader Margaret Thatcher, used her acceptance speech to thank her manager of 20 years for her mentorship and for believing in her talent before she did.

"Michael was a brilliantly talented actor and a generous human being who has left us far too soon," Washington said.

In other awards, Kate Winslet, who played the title character in "Mare of Easttown," and Ewan McGregor, who starred in the fashion bio-pic "Halston," were honored as top actors for a limited series.

The script was "true to the horror and beauty of ordinary people's lives," particularly the lives of women, Nicholson said.

Debbie Allen received the Governors Award for a long and acclaimed career as an actor, dancer, choreographer and activist, saying in her speech that she was "trembling with gratitude and grace and trying not to cry."

The ceremony proved disappointing to those scrutinizing diversity in Hollywood. The record number of nominees of color yielded only two Black winners: RuPaul for "RuPaul's Drag Race" and Michaela Coel for "I May Destroy You."

Information for this article was contributed by Stephen Battaglio of the Los Angeles Times (TNS). 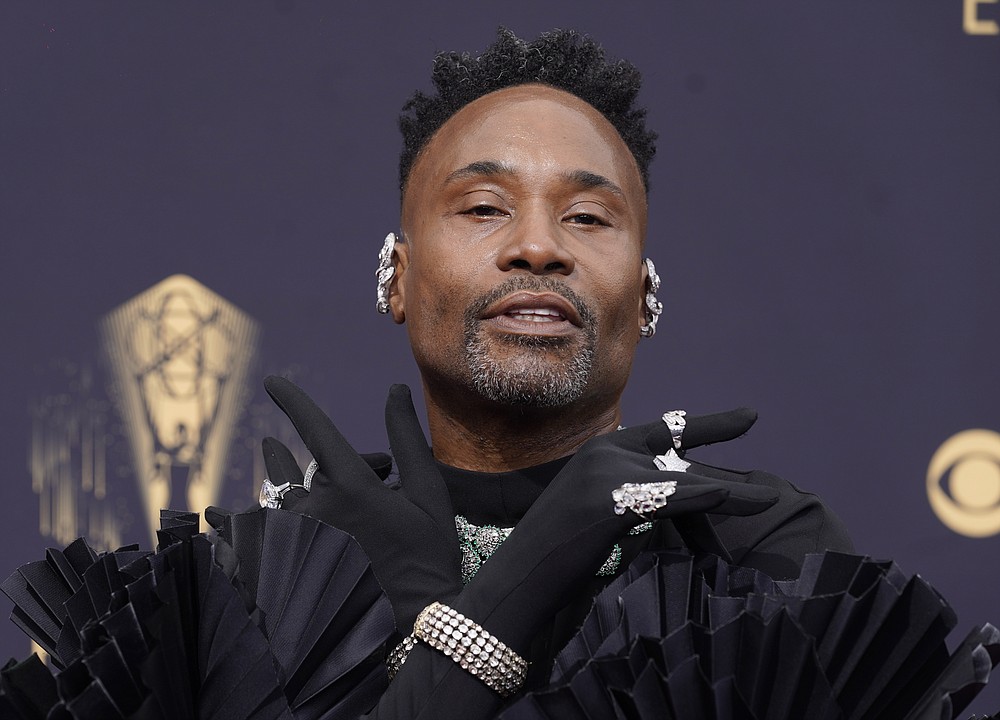 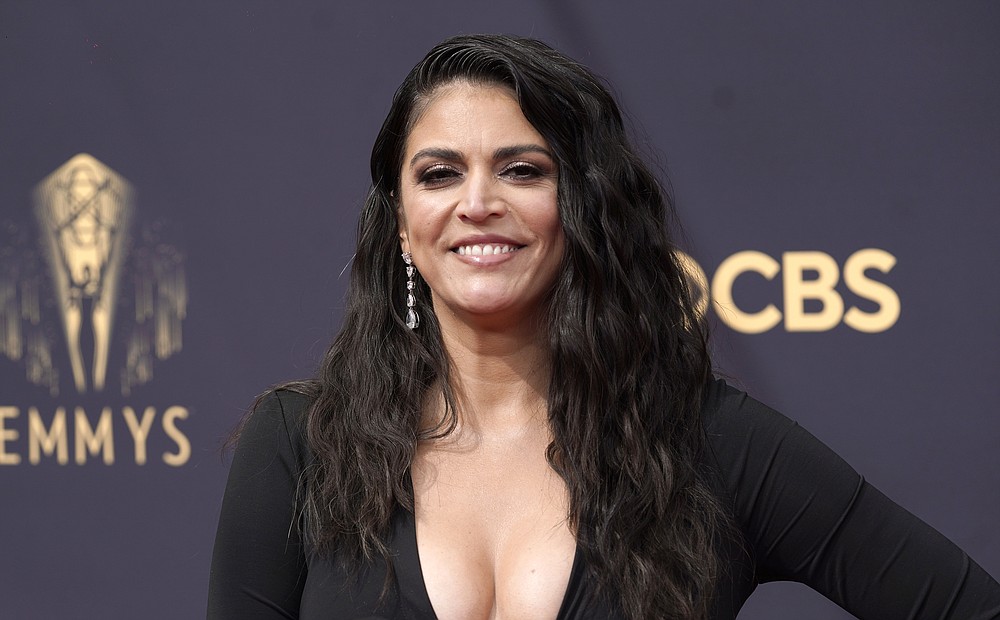 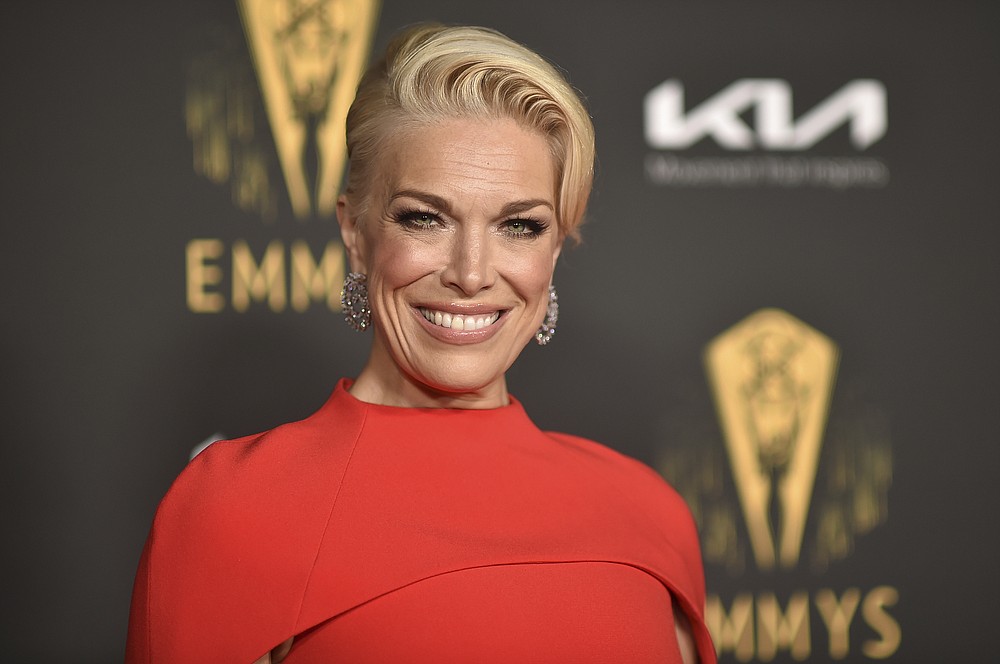 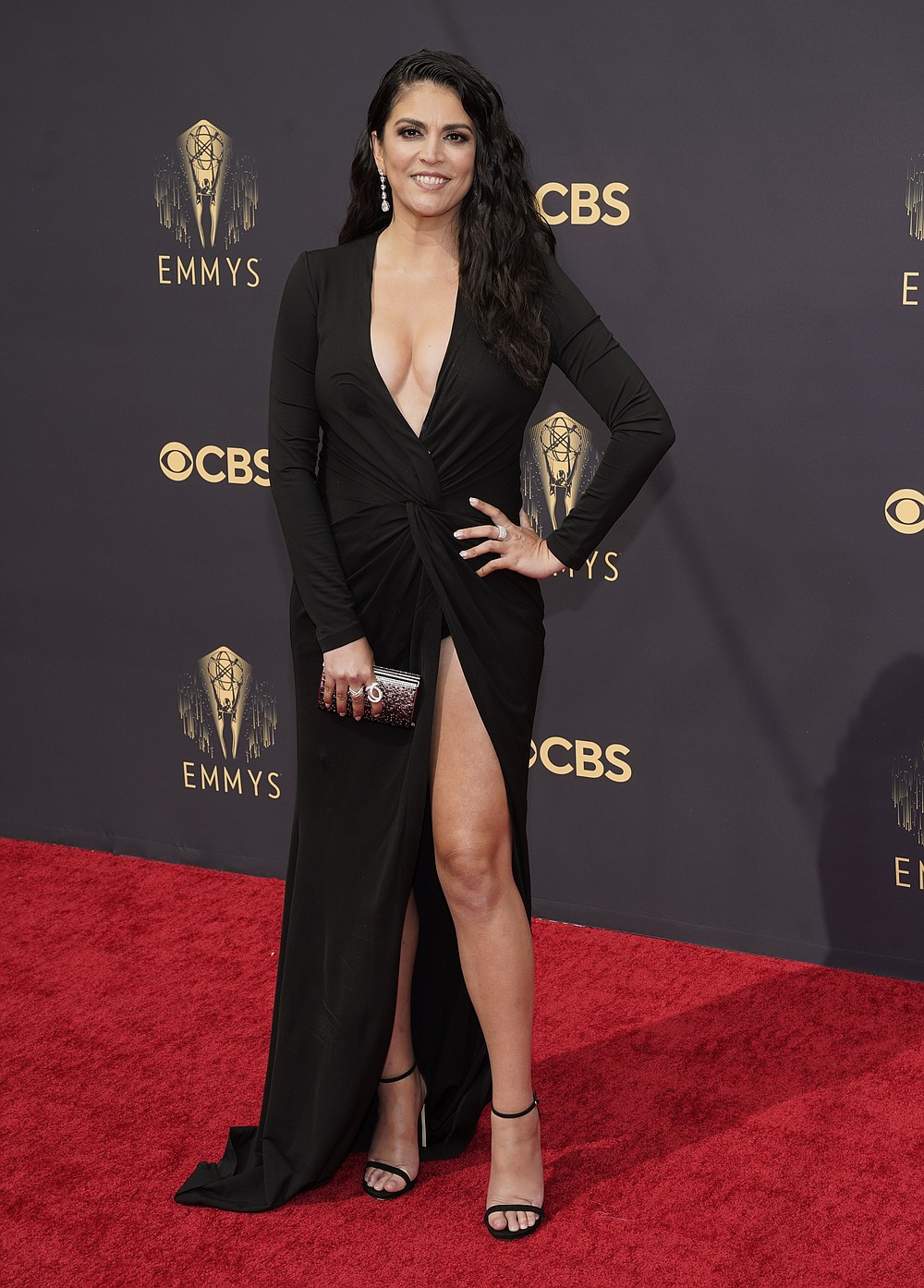 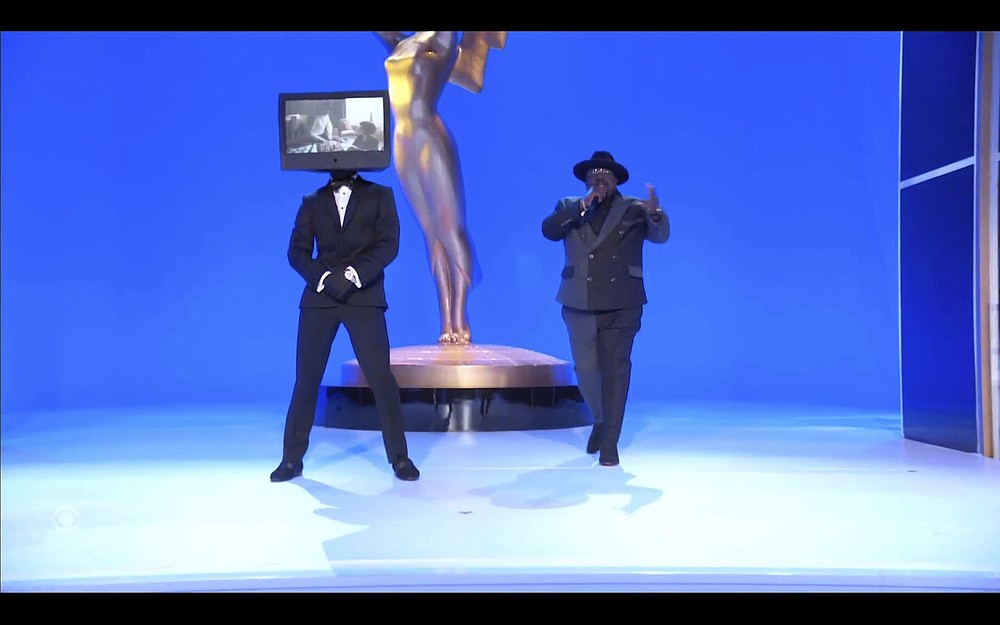 In this video grab issued Sunday, Sept. 19, 2021, by the Television Academy, Cedric the Entertainer speaks at the 73rd Primetime Emmy Awards at L.A. Live in Los Angeles. (Television Academy via AP) 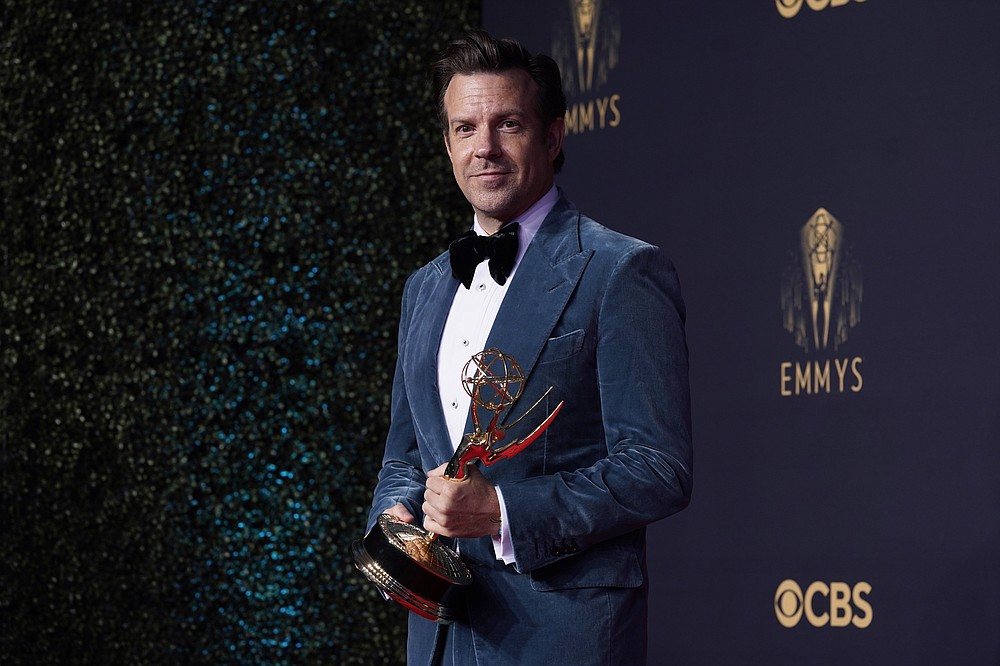 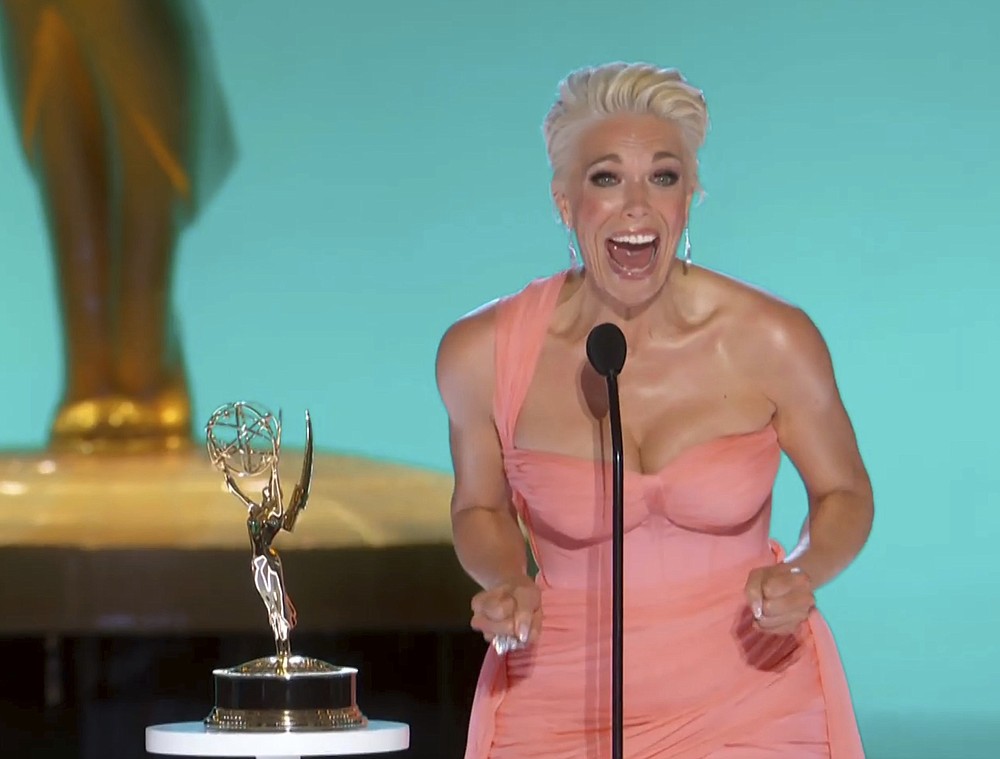 In this video grab issued Sunday, Sept. 19, 2021, by the Television Academy, Hannah Waddingham accepts the award for outstanding supporting actress in a comedy series for &quot;Ted Lasso&quot; at the 73rd Primetime Emmy Awards at L.A. Live in Los Angeles. (Television Academy via AP) 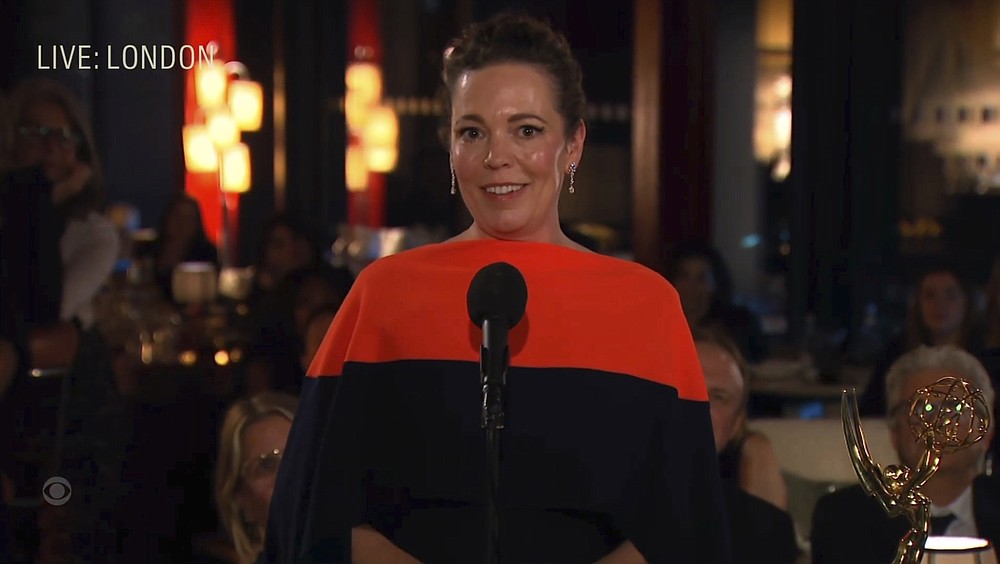 In this video grab issued Sunday, Sept. 19, 2021, by the Television Academy, Olivia Colman accepts the award for outstanding lead actress in a drama series for &quot;The Crown&quot; during the Primetime Emmy Awards. (Television Academy via AP)